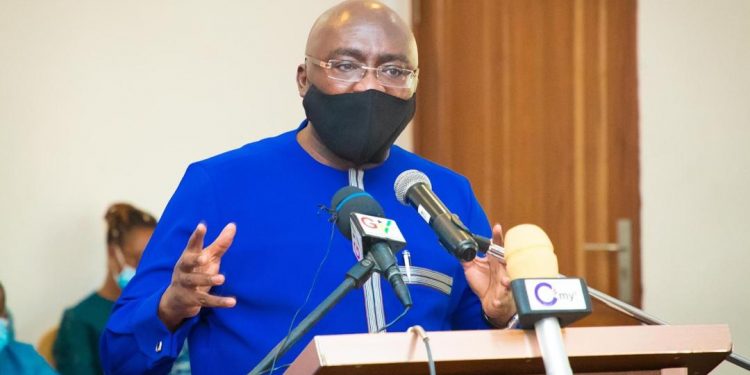 Dr. Bawumia insists that the incompetence of Mr. Mahama speaks loudly of him even in opposition.

According to Dr. Bawumia, the promises Mr. Mahama is making ahead of the December 7 polls makes one wonder if he [John Mahama] has not been in office as a President before.

“We are in an election year and we are hearing a lot of promises from the former president John Mahama, and you will even after sometime wonder if he has been in office before and may be tempted to think he is a new person. But former President Mahama is not a new quantity but a known quantity who has been in office for eight years as a Vice President and President. What did Mahama do for the youth during his tenure?”

“Promises are one thing but deeds and actions are another. Actions speak louder than words and John Mahama’s record of incompetence has already spoken very loudly. President Akufo-Addo has demonstrated his understanding of the issues affecting the youth and has taken steps to tackle them in his first term. His [Akufo-Addo] next term in office will be transformational for Ghana with the youth at the centre of that transformation,” he said.

The Vice President took on Mr. Mahama when he addressed a programme organized by the youth wing of governing New Patriotic Party to commemorate International Youth Day on Wednesday.

He further listed some of the initiatives President Akufo-Addo put in place to tackle the challenges faced by the youth in Ghana.

“Several youth centred programmes and policies initiated by President Akufo-Addo such as job creation through One District One Factory, National Entrepreneurship and Innovation Plan, President’s Business Support Programme, Planting for Food and Jobs, Greenhouse Village Initiative, Campus Business Pitch, Presidential Empowerment for Women with Disability, the revival of Anglogold Ashanti Obuasi Mine, NABCo, as well as other programmes, such as restoration of teacher and nursing trainee allowances, refund of deposits of collapsed financial institutions, free water and electricity amongst others have impacted meaningfully in the political, social and economic lives of the Ghanaian youth,” he further added.

John Mahama, the flagbearer of the NDC had said his second coming will be to create jobs for the Ghanaian youth.

He has thus promised to create over 100,000 new jobs for young people through a new tree planting initiative if he is elected during the December 2020 presidential polls

Mr. Mahama has among other things also announced a $10 billion accelerated infrastructural plan, dubbed the Big Push, which he says will drive jobs and entrepreneurial agenda.