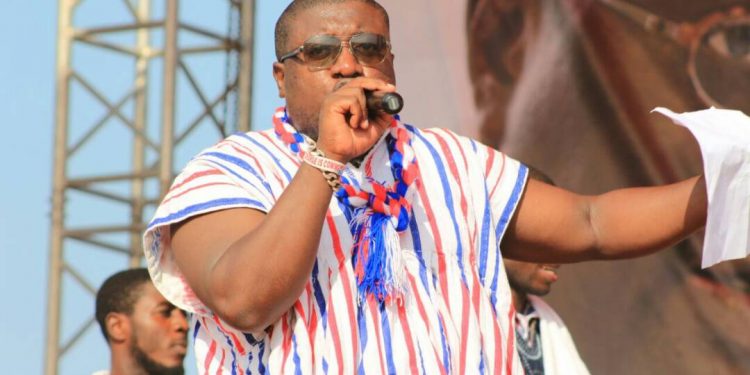 The National Youth Organizer of the New Patriotic Party (NPP), Henry Nana Boakye has called on Ghanaians to disregard the flagbearer of the opposition National Democratic Congress (NDC), John Dramani Mahama’s statement that he has no intention to cancel the Free SHS policy of the Nana Akufo-Addo government.

John Mahama, on Saturday, August 2020, during a visit to the Overlord of Dagbon, Yaa-Naa Abukari II debunked claims that he will abolish the Free Senior High School (SHS) programme being implemented by the governing NPP if he comes to power.

“Free Senior High School education has come to stay. If anybody tells you that I, John Dramani Mahama, son of E.A Mahama will abolish Free SHS when I come, tell the person he is a bloody liar. What I am against is the poor implementation of the Free SHS which is creating great inconvenience for the parents, for the students and for the teachers and the point I have made is that we can make it better.”

“If this government had followed our plan of continuing with the 200 new Senior High Schools that we were building, we will not have the current situation that we have in our Free SHS plan.”

“The seeming endorsement given to Free SHS policy by Mr. Mahama is driven by ill-faith, deception and opportunism borne out of Mr. Mahama and the NDC’s innate tendencies to subtly associate themselves with goods things to benefit unduly from same.”

He further questioned where the former president will get the funding from for the Free SHS policy since he cancelled trainee allowances due to funding challenges during his tenure as president of the country.

“If Mr. Mahama couldn’t pay trainees’ allowances in that he had to insensitively cancel it, where would he get over GHS2 billion to fund Free SHS? Ghanaians should consider Mr. Mahama’s statement as comic relief because he (Mahama) couldn’t find few millions of cedis to reimburse three consecutive terms’ feeding grants to keep Second Cycle Institutions in the northern part of Ghana opened.”

Below is the full statement from Nana B

THE YOUTH MUST KNOW SERIES

JOHN MAHAMA DOES NOT BELIEVE IN FREE SHS; HE WILL COLLAPSE THE FREE SHS POLICY WHEN GIVEN THE OPPORTUNITY

Reference to Mr. John Dramani Mahama’s dishonest and opportunistic disposition relative to the implementation of the Free SHS Policy, the National Youth Wing of the New Patriotic Party (NPP) wishes to bring clarity to the matter, lay the facts bare, and expose the mischief and contempt therein.

It would be recalled that on Saturday, 8th August 2020, Mr. Mahama paid a courtesy call on the Overlord of Dagbon, Ya-Na Abukari II, during which he (Mr. Mahama) made a deceptive statement that “Free Senior High School education has come to stay. He stated, “If anybody tells you that I, John Dramani Mahama, will abolish Free SHS when I come into power tell the person he is a bloody liar”.

The Youth of the NPP finds this statement very deceptive and we wish to respond as follows:

1. That the general belief among Ghanaians that Mr. Mahama will scrap the Free SHS Policy in the extremely unlikely event that he becomes President again is NOT the creation of any individual or group of persons but the explicit engineering of Mr. Mahama himself as evident in his actions and utterances from 2008 to yesterday as stated forthwith.

2. That it is on record that Mr. Mahama and the NDC in 2012 sponsored over 46 radio and television adverts against the Free SHS policy.

3. That Mr. Mahama on November 23, 2012, told the people of Okere in the Eastern Region that “Free SHS will collapse the education system of Ghana”.

4. That Mr. Mahama on October 1, 2018, reiterated his aversion to Free SHS, stating that it is unthinkable to spend 2 billion Ghana cedis on free SHS and that it is seriously constricting government’s budget and therefore when he becomes President, it will undergo a review.

6. That Mr. Mahama at the NDC’s Tarkwa unity walk strongly rejected the Free SHS policy stating that It is unwise to implement it.

7. That Mahama on his presidential primaries tour said to Akufo-Addo ”Free SHS is not working”

It is important to note that the stern opposition to the Free SHS policy witnessed over a decade is deep-rooted in the NDC. Every single member of the NDC including high ranking leaders have, over time, opposed and worked against the implementation of the Free SHS Policy as catalogued below:

1. On October 16. 2018, Prof. Jane Naana Opoku Agyemang said free SHS is not working and that Ghanaians are complaining.

2. The General Secretary of the NDC, Mr. Johnson Asiedu Nketiah is on record to have said on October 1, 2018, that Free SHS is shambolic and that it will have to be scrapped.

5. NDC MP for Adaklu, Kwame Agbodza, on June 19, 2018, said ”Over concentration on Free SHS stifling funds meant for other sectors of the economy”

6. Felix Kwakye Ofosu on May 14, 2018, had this warning for the government ”You can’t use oil money to fund Free SHS”

The seeming endorsement given to Free SHS policy by Mr. Mahama is driven by ill-faith, deception and opportunism borne out of Mr. Mahama and the NDC’s innate tendencies to subtly associate themselves with goods things to benefit unduly from same.

If Mr. Mahama couldn’t pay Trainees’ allowances in that he had to insensitively cancelled it, where would he get over Ghc2 billion to fund free SHS? Ghanaians should consider Mr. Mahama’s statement as comic relief because he (Mahama) couldn’t find few millions of cedis to reimburse three (3) consecutive terms’ Feeding Grants to keep Second Cycle Institutions in the northern part of Ghana opened.

It is instructive to note that the Nana Addo led NPP Government does not need the incompetent and insensitive Mahama to remind us that Free SHS is working and has come to stay.

The massive endorsement from Religious leaders, Traditional leaders and the testimonies about the Free SHS policy from parents and well-meaning Ghanaians coupled with the dozens of successfully implemented economic and social policies provide enough grounds for Ghanaians to vote for the NPP to prevent the NDC from destroying these transformative and progressive policies in future.

The young people in Ghana are grateful to the President, HE Nana Addo Dankwa Akufo-Addo for his visionary leadership that has seen over 1.2 million Ghanaians access second cycle education free of charge.