These assertions come on the back of recent happenings in some second cycle institutions where candidates of the ongoing West African Senior School Certificate Examination (WASSCE) attacked invigilators who ensured strict supervision at the exam centres.

Videos on social media also showed some other students destroying school properties as part of efforts to voice out their anger after past questions given them ahead of time failed to appear in the WASSCE.

Prior to this, reports indicated that the government had supplied the schools with mock papers to enable them pass the exam to keep the government in good books since it implemented the Free SHS policy.

These actions by the final years have been widely condemned with some persons demanding that the perpetrators be punished.

The opposition PPP, however, has blamed the current government for the actions of the students.

In a statement, it said, “Notwithstanding these, the recent behaviours of our youth in schools could be laid at the doorsteps of the current administration for supervising falling standards of education in the country. We should understand that Free SHS is not a replacement for quality education where students are expected to learn social virtues that border on morality and courtesies.”

“Various government actors are using the schools for political activities and influencing students to be involved in political campaign activities. More worrying is the use of Free SHS as a tool for complacency in the development of the child where government has assumed the responsibility of providing students with past questions instead of allowing instructors in our schools to prepare them properly,” the statement added.

The party has further pledged to “provide quality education for every Ghanaian child” if voted into power come elections in December. 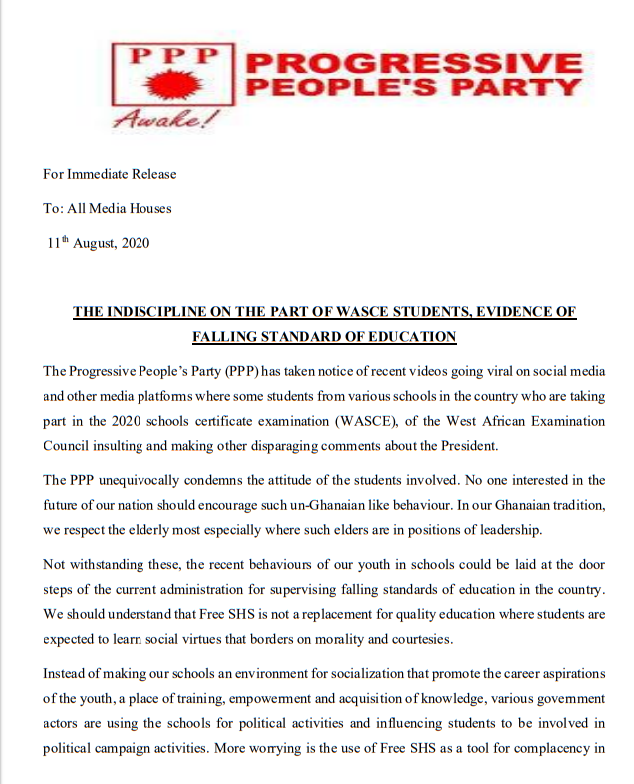 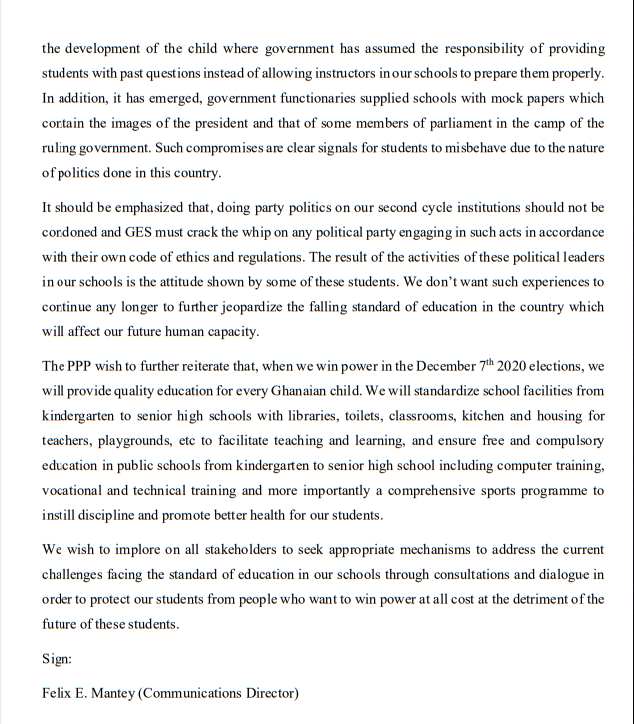