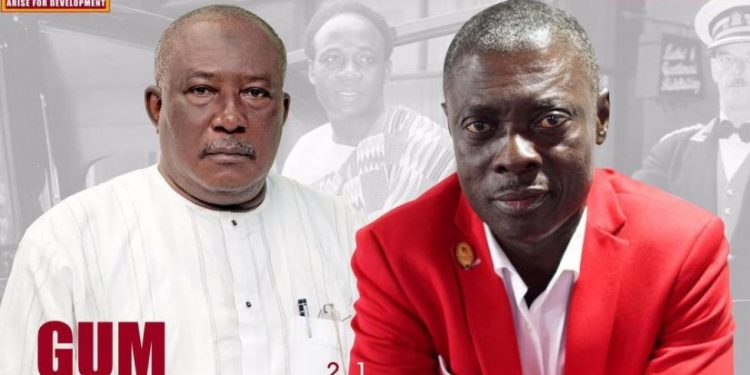 Rev Lenin B. K. Trotsky, Political Scientist of GUM, told the Ghana News Agency in an interview that Lukman came with vast experience and acumen from the private sector that would help canvass massive votes for the party in the upcoming elections.

He said Rev. Andrews, affectionately called Osofo Kyiri Abosom, settled on Alhaji Lukman after wide consultation with the rank and file of the party and key stakeholders such as within the Muslim and Christian communities nationwide.

Ghana goes to the polls on 7th December 2020 and the Movement believes that with the appointment of Alhaji Lukman, a renowned entrepreneur and a Muslim, who hails from the Northern Region would pull a huge crowd for GUM, a newly formed political party.

GUM is a movement of unity and political pluralism and the Flagbearer, Rev Christian Kwabena Andrews, had called on Christians and Muslims, chiefs, imams and pastors to join hands and support its agenda for a democratic change, for a new Ghana.

Rev Andrews, who is also the founder and General Overseer of Life Assembly Worship Centre, had promised to build a territorial polity based on united and all-inclusive political pluralism, similar to the Charter of Medina which was approved by all and signed by the Prophet Mohamed.

“That is why Christian Kwabena Andrews the flagbearer of GUM has chosen his running mate who is a Muslim for the establishment of political pluralism in Ghana to accommodate all, irrespective of their political affiliations,” Rev Trotsky, said.

He explained that GUM is a movement uniting all Ghanaians irrespective of their political associations to take the country back from failed governance and policies of the New Patriotic Party (NPP) and the National Democratic Congress (NDC).