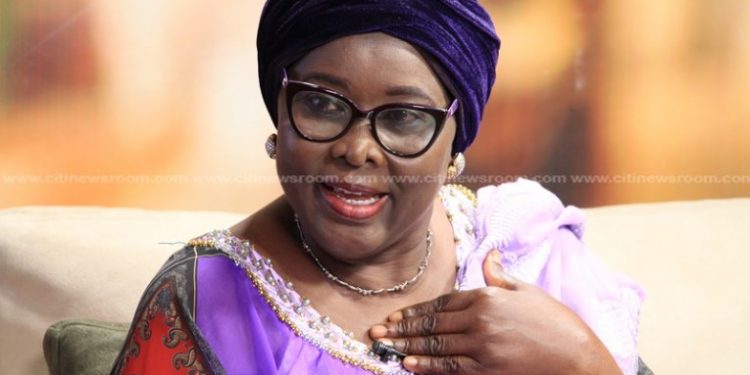 The Minister for Local Government and Rural Development says more than 500 young people who were previously engaged in illegal mining have received training in technical and vocational skills and have been supported with start-up tools and equipment, through the Alternative Livelihood Programme.

Speaking at the Information Ministry’s Meet-the-Press series, sector minister, Hajia Alima Mahama said the beneficiaries of the programme were drawn from 35 severely affected “galamsey” Districts across the country with full sponsorship from the Government.

She said an additional 607 youth are currently undergoing similar trainings, of which 240 are in the Community Development Institutions, while 367 are attached to Master Craftsmen and are undergoing apprenticeship.

Hajia Alima Mahama maintained that, the Ministry of Local Government and Rural Development in collaboration with the Inter-Ministerial Committee on Illegal Mining, have commenced the implementation of the Tree Planting and Environmental Campaign Project.

“The pilot phase of the project targeted 10 Districts for the planting of hybrid coconut trees along identified river banks. She added that, the seedlings have already been planted along the River Pra in Wassa East and Shama Districts in Western Region,” she said.

Highlighting some of the results from the programme, Hajia Alima Mahama said some beneficiaries of the Alternative Livelihood Program in Wassa East District have produced and supplied face masks, soaps and hand sanitizers for mass use. Additionally, she said the beneficiaries have also produced metal stands for Veronica buckets for the MMDAs in Western and Western North Regions.

“Three trainees who were at Takoradi CDVTI for the programme have gained admission to the Takoradi Technical University and are currently pursuing Higher National Diploma in Fashion Designing. A dressmaking trainee, from Nyinahin in Ashanti Region who has graduated from Agona CDVTI has opened her own shop and is receiving contracts to sew uniforms for SHS students in the district”.

According to the minister, some trainees from Manso Nkwanta and Atwere all in Amansie West & South Districts and Tweapease in the Amansie Central District who have been trained in soap making, beads work and flour confectioneries have already started producing and selling.

GPRTU to elect new executives after protests against old leadership