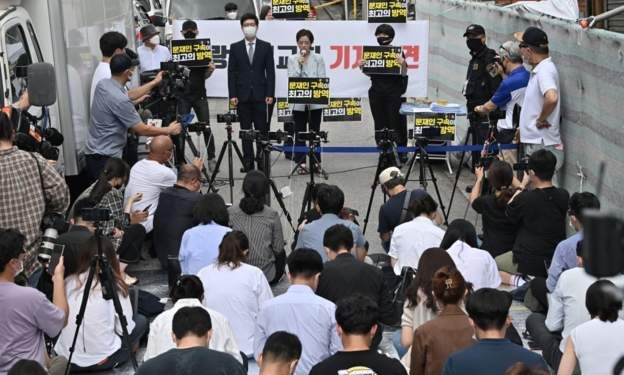 Authorities in South Korea are accusing the leader of Sarang Jeil Church of ignoring coronavirus restrictions, including by organising a large anti-government rally on Saturday when gatherings are still not permitted.

In two complaints filed by authorities, Jun Kwang-hoon is also accused of obstructing testing of church members by refusing to provide a list of followers.

Social distancing rules across the country were tightened on Sunday.

The incident is reminiscent of the country’s largest outbreak, which was traced back in February to a secrective religious cult in Daegu.

Elsewhere smaller clusters have been identified, including 30 cases linked to a Starbucks cafe in the city of Paju, north of Seoul.