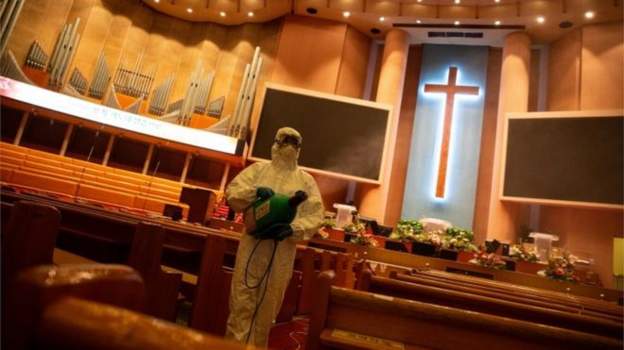 South Korea, a country held up as a model for its response to COVID-19, is on the brink of a new nationwide outbreak, according to officials.

The latest outbreak of coronavirus cases centered around a right-wing Presbyterian church has spread to all 17 provinces throughout the country for the first time, our Seoul correspondent Laura Bicker reports.

The majority of new cases are all close to Seoul, the heavily populated capital city which is home to more than 10 million people.

One of the biggest concerns is that many of the far-right worshippers who are potentially infected believe the virus was planted as part of a conspiracy to close it down.

Many are refusing to be contacted, let alone tested.

And there is also one other major risk factor. Infected members of the Shincheonji church were mostly young – in their 20s. But the current outbreak is affecting a much older age group.