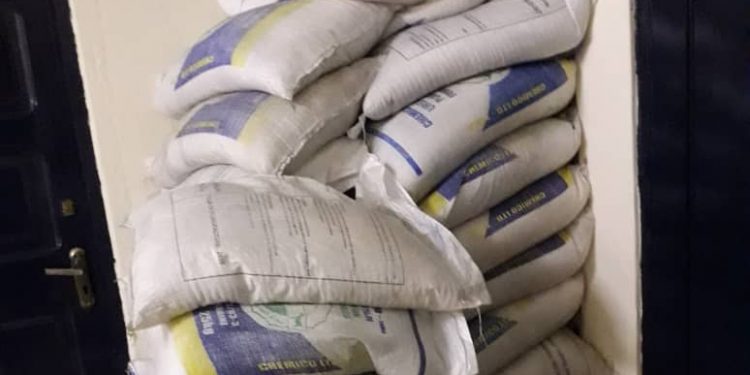 Immigration officers in the Western Region have intercepted 84 bags of NPK fertilizer suspected to be products from the government’s flagship Planting For Food and Jobs (PFJ) initiative.

The officials and a Nation Builders Corps (NABCo) Customs staff on duty at Beat Four (04), a known unapproved route bordering neighbouring Burkina Faso foiled the smuggling at about 13:50 GMT on Thursday, August 6, 2020.

The purported owner of the goods, Inusah Adams, also known as Torries, opted for monetary settlements, but the determined officials stood their ground and chose service to the nation over illegality.

The Immigration base was informed and a reinforcement quickly dispatched to convey the ceased fertilizer.

A statement signed by the Upper West Region Public Affairs officer of the Ghana Immigration Service, Ibn Yussif Duranah Abdul-Mumin Seidu indicated that he fertilizer has been sent to the Hamile Sector Command for further investigations. 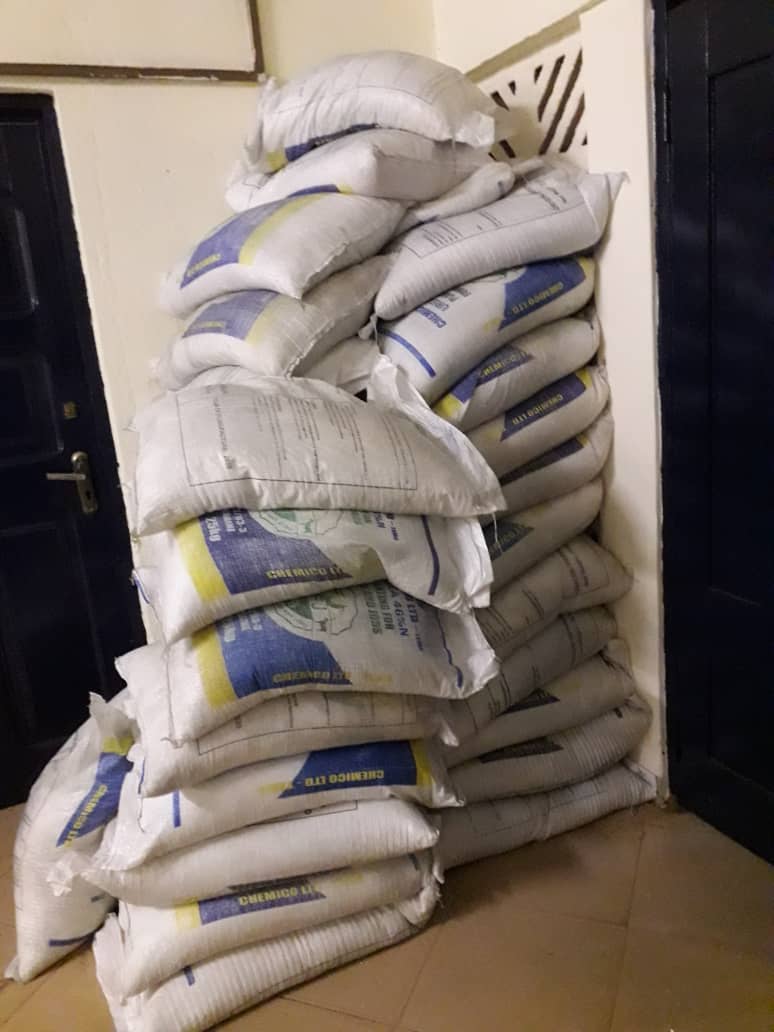 The Planting for Food and Jobs (PFJ) Secretariat under the Ministry of Food and Agriculture (MoFA) has warned that the programme risks collapsing if concerted efforts are not made to stop the smuggling of government-subsidized fertilizer.

Officer In-charge of Special Duties on Planting for Food and Jobs, Baffour Amoh Kofi II, admonished stakeholders in synergy to stop fertilizer smuggling adding that, the situation, if not checked, will threaten the sustenance of the programme.

“We have realized that if we do not stop this smuggling of fertilizer, in future, Planting for Food and Jobs will collapse because after we reviewed that of 2017 and 2018, we saw that diversion of coupons and unaccounted for fertilizer is costing government GHS120 million,” he lamented.

There have been recorded cases of fertilizer smuggling, a development that continuously impedes the successful implementation of the government’s flagship Planting for Food and Jobs program.

MoFA has said it is intensifying measuresto check and eliminate fertilizer smuggling to neighbouring and other African countries but it appears the new modalities introduced to be used for the distribution of fertilizers to farmers are not yielding the needed results.

Government-subsidized fertilizer under its Planting for Food and Jobs is aimed at increasing food production to address the high imports of foodstuff into the country.

Although the government branded its subsidized fertilizer for easy identification to curb smuggling, the menace still exists.