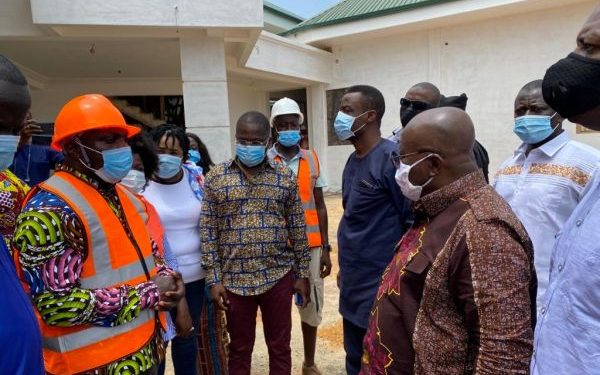 President Nana Addo Dankwa Akufo-Addo at the start of his five-day working visit to the Western and Central Regions inspected a magnificent edifice built on his behalf by the Western Regional Council of State Member, Mrs. Eunice Jaqueline Buah Asomah- Hinneh, in collaboration with other philanthropists.

The building was to support the Nzema Traditional Council in Ampain, a community in the Ellembelle District of the Western Region.

Mrs. Asomah-Hinneh, who shares in the President’s vision of holistic development and inclusiveness believes the traditional council plays a stupendous role in the development process hence the initiative, using her own funds to see it to fruition.

The edifice comprises an auditorium that seats 600 people, an ultra-modern conference room, 2 administrative office blocks, a large durbar ground, and 7 paramount chieftaincy quarters comprised of 14 offices which will accommodate each of the 7 paramount chiefs and their respective queen mothers.

The auditorium is at the helm of the edifice while the chieftaincy quarters flank the conference room in a circular architectural design to symbolize unity while maintaining their individual uniqueness.

The magnanimous Council of State member is noted for having the interest of her people at heart and her unparalleled commitment towards the development of the area has received overwhelming plaudits from the people in the region.

The edifice will help harmonize and coordinate the activities of the traditional council and also drive the rapid development and transformation of the area which is endowed with enormous natural resources.

The President will officially commission and hand over the office complex to the Traditional Council upon completion. 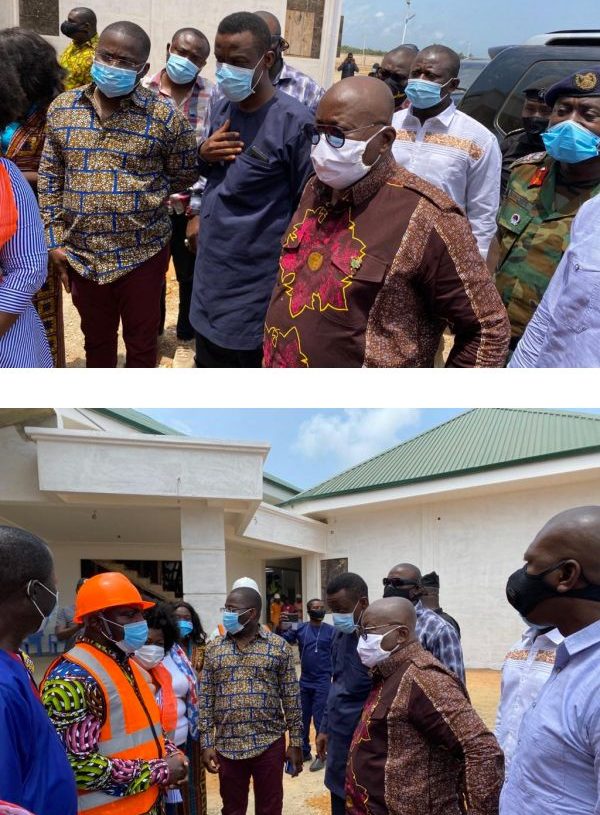