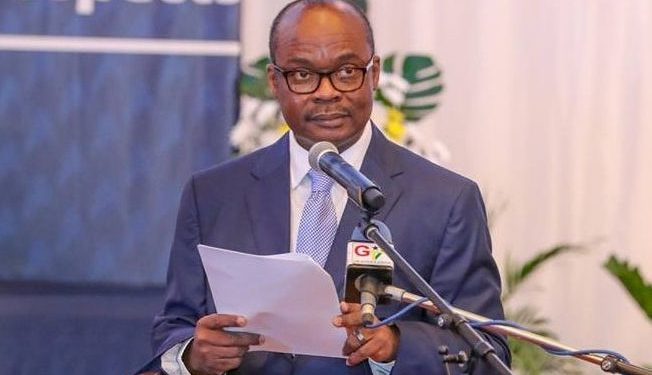 Governor of the Bank of Ghana, Dr. Ernest Addison has rejected claims that depositors who had their monies locked up with the collapsed banks have not been paid.

Dr. Addison said all customers of the nine collapsed banks have been paid their locked-up funds.

He was speaking at a meeting with President Nana Akufo-Addo after the latter’s working visit to the Central Bank on Tuesday, August 25, 2020.

“We had the [banking sector] reform in two phases. The first phase had to do with the banking system where we revoked the licenses of the banks. Depositors got their monies.”

He, however, indicated that there were some outstanding payments to be made to customers of collapsed microfinance companies, savings and loans, and finance houses.

Following the revocation of the licences of the 347 microfinance companies, 39 micro-credit institutions and 23 savings and loans companies, a validation of the affected customers commenced on November 18, 2019, with the aim of repayment.

Processes for the payment of valid claims of those who had their monies locked up in the defunct companies commenced on Monday, February 24, 2020, but some persons have complained of not receiving their funds.

There have been suggestions that the Central Bank should print money to pay up customers’ locked up funds but Dr. Addission has dismissed this suggestion.

He argued that although the bank is committed to paying depositors’ locked-up funds, printing money has not been part of its plans as it has the potential to undo all that the bank has achieved over the past couple of years.