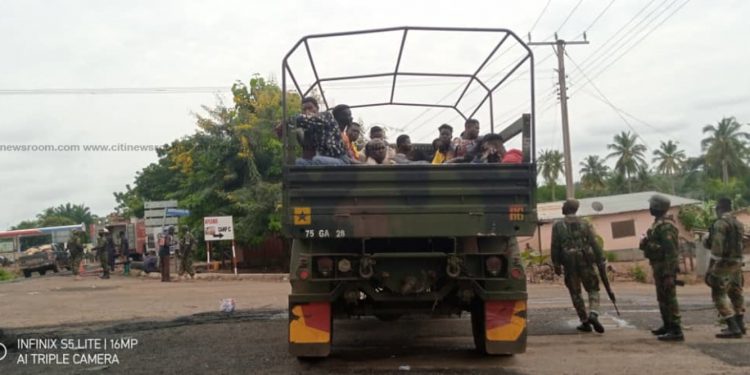 Some 25 members of the secessionist group, Homeland Study Foundation, have been picked up by the Ghana Armed Force and the Ghana Police Service at Abortia near Joapong where they had earlier mounted their roadblock.

One other member of the group is reportedly dead.

There is currently heavy military and police presence currently at the area.

The group wants the Volta Region to be an autonomous country known as Western Togoland.

Members of the secessionist group in the early hours of Friday, September 25, 2020, blocked major entries into the Volta Region.

Most passengers travelling to areas in the Volta Region including Tefle, Tsopoli and Juapong were left stranded as a result of the development.

The Police had earlier urged persons travelling from Accra to Ho, Aveyime, Adidome, Mepe, Akuse, Sogahkope, and Aflao to be cautious on such roads due to heavy vehicular traffic.

The Police in a Facebook post said, “Good morning Ghana, commuters to and from Accra to Ho, Aveyime, Adidome, Mepe, Akuse, Sogakope and Aflao are likely to experience traffic due to security operations within those areas.”

“Anybody travelling on any of those roads should exercise caution,” the Ghana Police Service urged in a post on Facebook.”