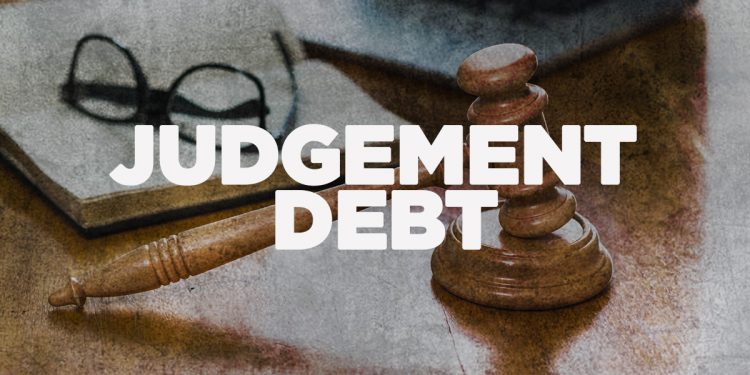 A judgment debt secured against the Government of Ghana by Africa Automobile Limited in 2009 has ballooned to a whopping GHS1.5 trillion.

The said judgment arose out of a contract for the provision of automobile services rendered by the Africa Automobile Limited to the Ministry of Employment in which the High Court awarded judgment in favour of the company as far back as 2009.

On appeal, the Court of Appeal confirmed the judgment of the High Court and awarded an amount of GHS16,565,396.22 in favour of Africa Automobile Limited.

Since then, the figure due and payable to Africa Automobile Limited has shot up astronomically due to non-payment of the said sum by government.

Analysts say until the amount is paid, the said figure will continue to grow at an exponential rate given that the interest rate is compounding.

There are reports that because government failed to secure a voluntary payment of the amount all these years, the company is threatening to go into full execution against the state.

There are reports that recent approaches by the Ministry of Finance to compromise the judgment and secure a reasonable payment have however slowed that move and may appear to be the reason the enforcement of the judgment has not happened yet.

Analysts are of the view that, at the current rate of growth in the amount owed under the judgment, any failure to pay or settle on a compromised amount to be paid will imply that the amount would exceed GHS2 trillion by the end of 2020 and beyond.

Reports also indicate that, the Ministry of Finance has recently, been making frantic efforts to engage and secure a substantial reduction in any amount payable in order to save the public purse given that the current amount is unsustainable.

There are claims that all appellate options opened to the Government of Ghana have been closed.