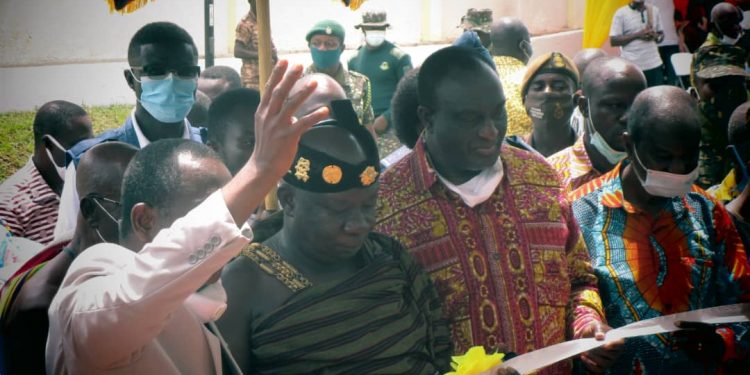 The Minister for Trade and Industries, Alan Kyerematen has commissioned a newly constructed Business Resource Centre (BRC) at Obuasi in the Ashanti Region.

The Business Resource Centre initiative is in line with the industrial Transformation agenda of the Akufo-Addo government and will provide a one-stop enterprise support centre at the district level designed to provide a broad range of Business Development Services (BDS) to potential and existing entrepreneurs and enterprises. 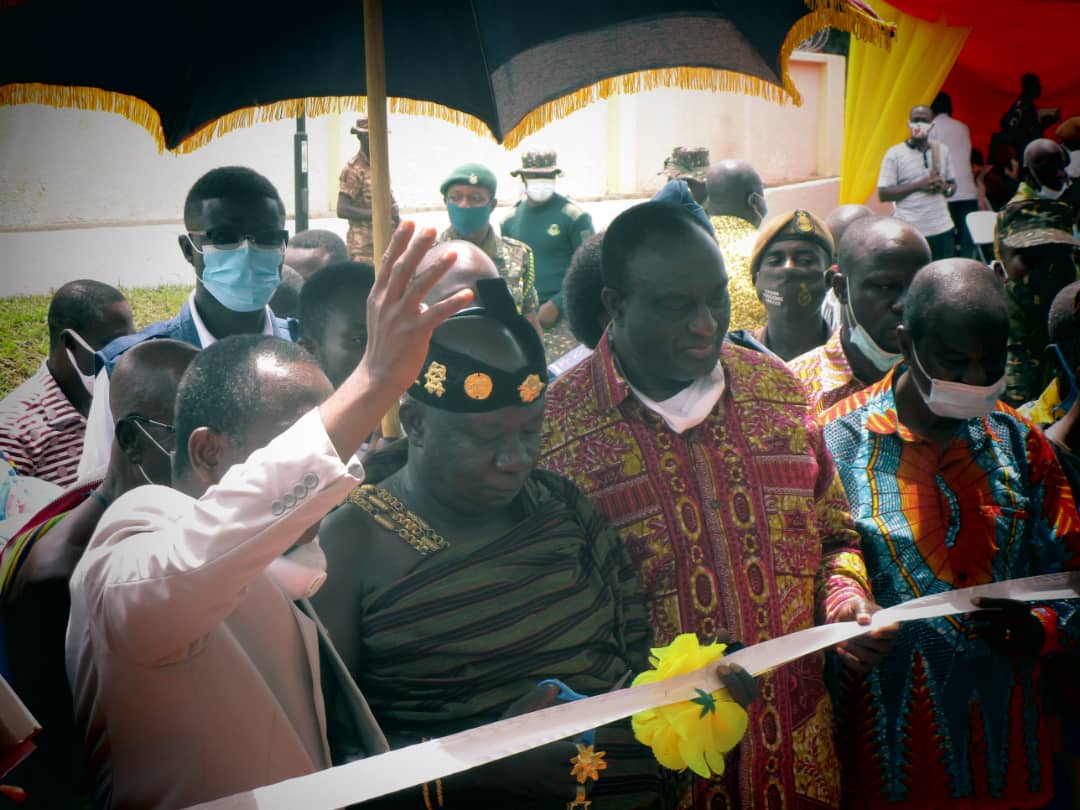 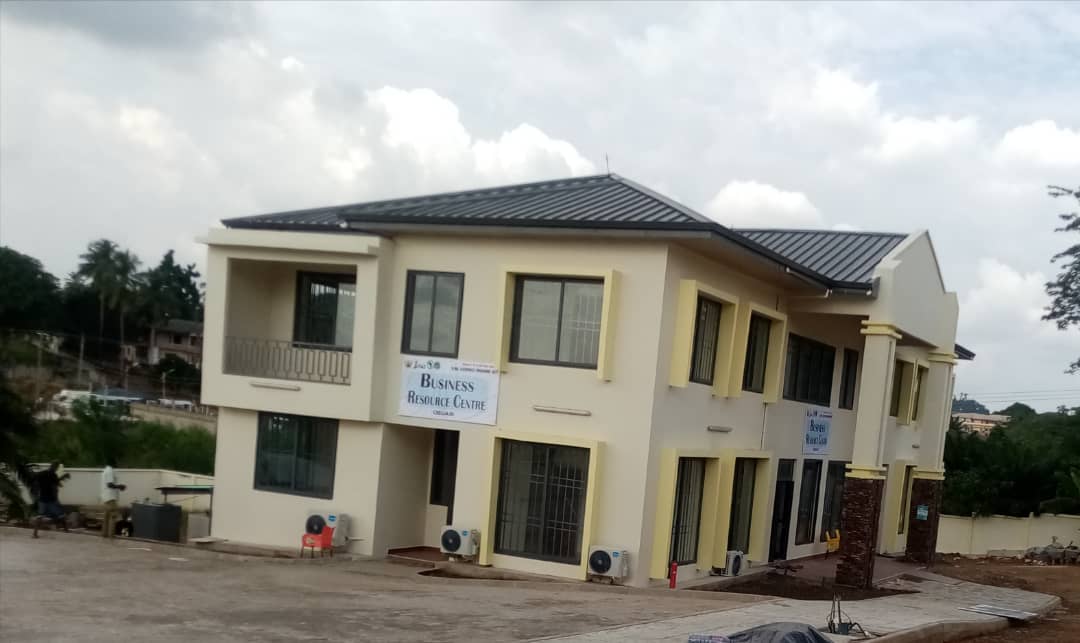 Currently, 67 BRCs are being constructed across the country, and are at various stages of completion.

37 of them have been completed with the other 30 at advanced stages expected to be completed by the end of the year.

The Minister for Trade and Industries, Alan Kyerematen, who led the commissioning of the project said the Business Development Center in Obuasi represents a new chapter in the history of Obuasi as a renowned gold mining town.

He said the BRC will serve as an avenue to diversify the economy of Obuasi; leveraging the revenue generated from the gold mine. 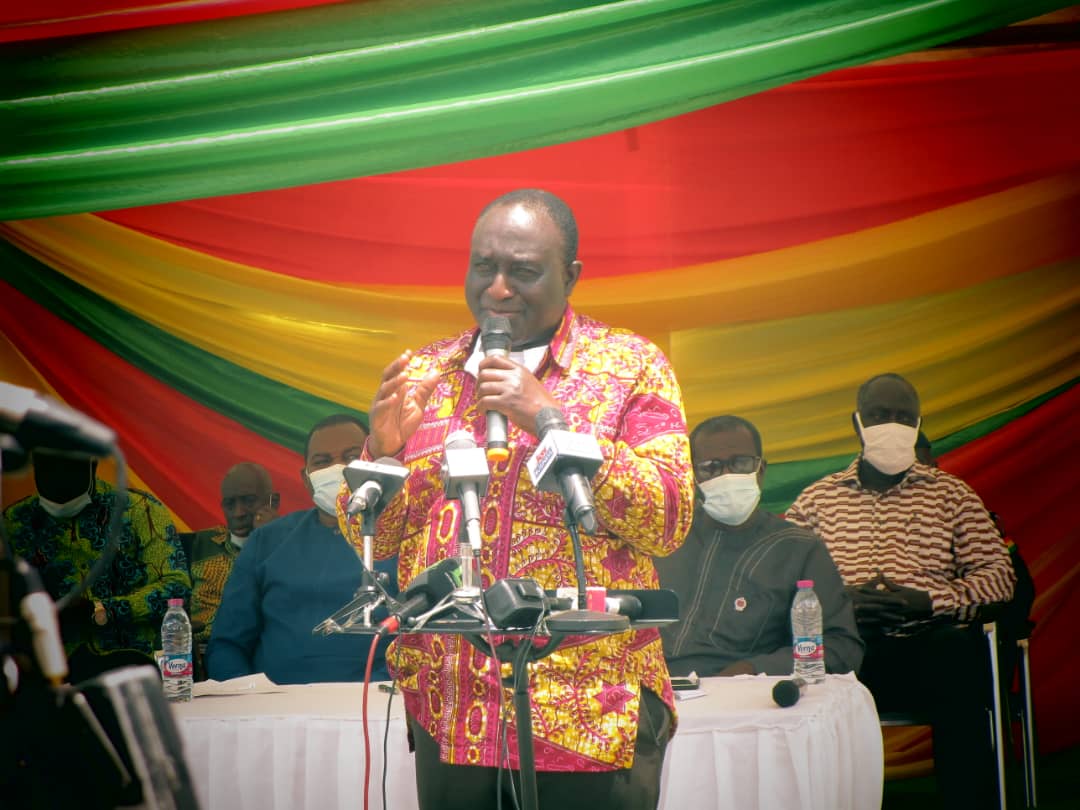 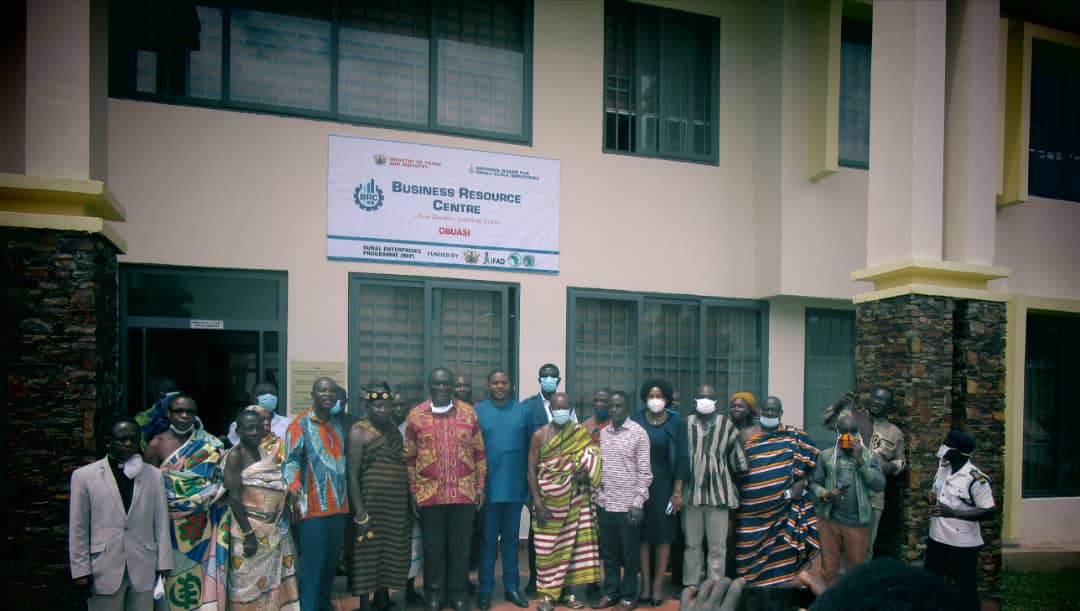 Speaking about the relevance of the Business Resource Centres, the Minister for Trade added that “the BRC is the answer to the successes of businesses; whether start-ups or businesses already in existence.”

With all districts in the country going to be beneficiaries of the newly constructed and equipped BRCs, Mr. Kyerematen stressed that “Ghanaians will begin to understand that this government is serious about developing the private sector at the district level to help us address this challenge of unemployment.”

Madam Philomina Yarney who represented the Executive Secretary of the National Board for Small Scale Industries (NBSSI) praised the government for empowering the NBSSI since 2017 when it took over governance.

She mentioned both financial and non-financial support from government as key in reviving the NBSSI.

She revealed that plans are far advanced by the Ministry of Trade to transform the NBSSI from an agency into an authority to enable it to operate optimally and deliver on its mandate. 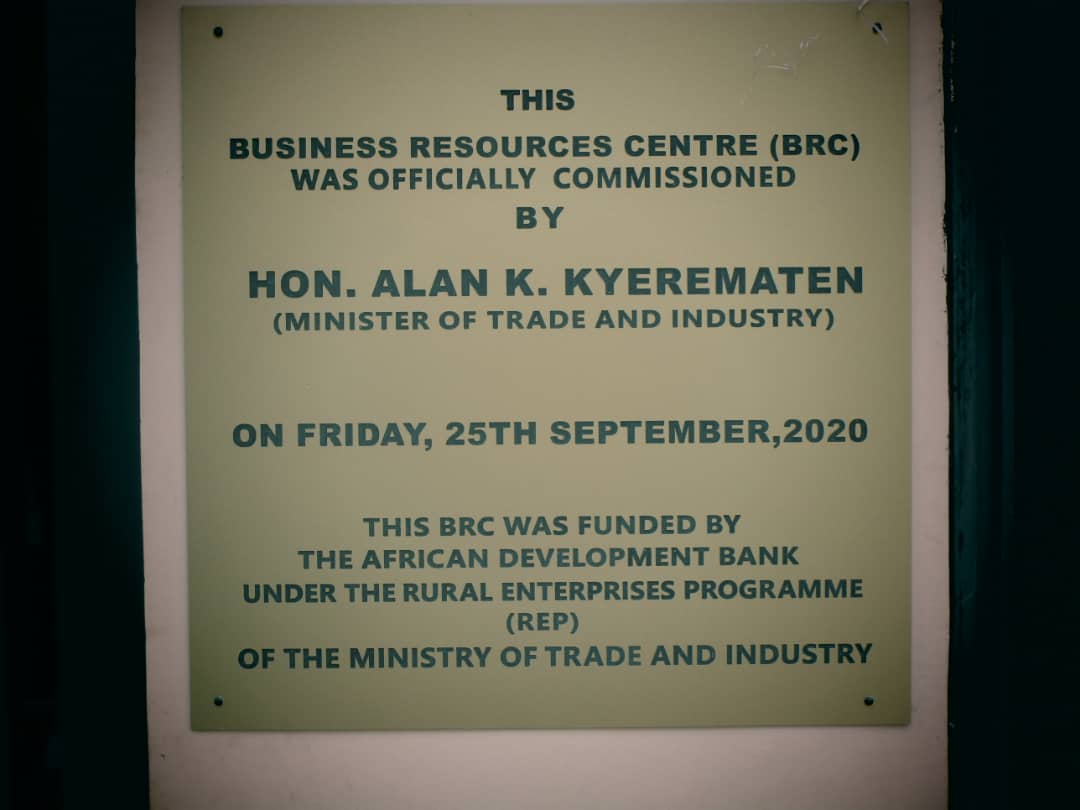 The Municipal Chief Executive for Obuasi, Elijah Adansi-Bonah on his part praised President Nana Addo Dankwa Akufo-Addo for the project.

He also praised the President for his industrialization agenda through programs such as the One District One Factory.

Nana Asirifi Asare II, Kontihene of Edubiase Traditional Council also praised the President for the project and urged the youth to take advantage of the facility to help them gain employable skills.

The Business Resource Center is a fully furnished structure that runs on three (3) energy sources, that is, the National electricity grid, solar system, and a Standby generating plant.

It also has a borehole for a constant supply of water all at a cost of 3 million Ghana Cedis.

The funding source for the project is from the African Development Bank under the loan agreement with Ghana for the implementation of the Rural Enterprise Program under the Ministry of Trade Industry.