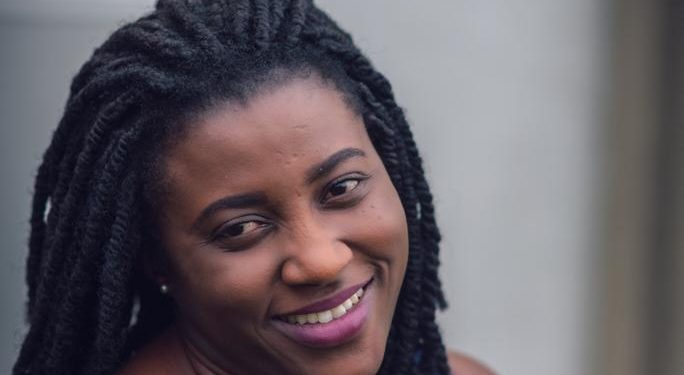 I really wish I am in the right frame of mind as I write to you on this wet morning. I believe you have heard of the pastor who killed his wife in America; you were the first person I thought of when I heard the sad news, as it appears that, they had had an abusive relationship, at least from the news circulating on all portals.

Before I proceed however, I need you to forgive me for what happened the last time you were at my place to seek refuge from Sampson. I’m sorry I got angry and threw you out. I just did not understand why I had to keep telling you to leave him when all you do is to return to him to receive the same kind of treatment days afterwards.

Initially, I refused to give my opinion on the matter because I am not married, and just as he emphatically pointed out to you after the wedding, “a married woman cannot continue to keep the company of her single friends.” Therefore, I decided to stay in my lane, more so after he succeeded in getting you away from members of your own family.
I knew he was manipulating you to keep you to himself so that you would become dependent on him for everything, but I kept my mouth shut. After all, I wasn’t going to be a prophet of doom for the marriage that I was so involved with the wedding preparations. Up until today, I am happy whenever I remember how beautiful you looked on that day and how the whole ceremony could have shamed the devil to go into hiding, if he wasn’t already.

I prayed that the blessings of that day would erase your many squabbles and disagreements and that finally, your constant tears would turn into laughter. I hoped that he would stop his constant criticisms of you and your achievements. You were so in love and did not listen to any of us when he would control your every movement, scream at you and disrespect you, even in front of your roommates.

I was absolutely shocked that day when he dragged you out of the Uber that was taking us to Kelvin’s birthday party. You told us he was just jealous of Kelvin, meanwhile Kelvin was friends with all four of us and even had his own girlfriend. We should have all insisted you leave that toxicity, maybe your grades at that time would not have plummeted so badly.

Looking at recent events, I am sure that the counseling sessions your parents forced you to go to did not work out too. Hmm, how does one counsel a lunatic? Yes, I am calling your husband a lunatic, with no apologies this time.

He is not the only person who has lost his job during these trying times. That excuse you gave of his behavior the last time was what made me angry, even after he did not hesitate to introduce his fists to your face when you returned home from work, later than usual. For the record, I did not believe you when you said that was the first time he was hitting you.

Verna, we all love you, I hope you know that. You are kind, caring and an amazing woman; you deserve every good thing in this life, do not let anyone tell you otherwise. I have missed my best friend, the assertive and independent-minded woman that was you, before you met Sampson who dimmed your light. You refused to speak up anymore because you wanted to be a submissive wife; you refused to walk out of danger because the ‘danger’ made you accept that you were the problem.

At any time that you receive this missive, you can pack up your things and come over, my home is yours too. Although I have never been in an abusive relationship and I might not be able to appreciate all that you have been through, I am certain that you can get through this. I have already asked Kelvin about what he did to get away from his abusive relationship with Marie, as she had threatened to commit suicide if he ever left her.
First, you need to work on yourself and develop an unshakable self-confidence. Trust in your abilities and know your worth; you cannot wait for people to endorse you before you take a step, otherwise people like Sampson who seem to always be in a bad mood would not hesitate to bring you down to their level, so that you all feel miserable together. Get into your social life again; when your colleagues are going on a picnic or a retreat, do not give excuses anymore about why you cannot join them. I am already planning an Akosombo trip for us, including Eyram and Kukua.

Although it feels like everything is crashing around you, do not blame yourself for a bad marriage. We are all allowed to make mistakes, do not let this define you. The people you are worried about in church did not live your life, let them gossip. I am happy you were able to save some of your salary without his knowledge; he’s got no leverage over you.

I don’t know what you would do if he chooses to get treatment or help for his condition. But I am here for you and would support whatever decision you make. However, if you go back to him and he so much as touches a hair on your head, I’ll finish dialing the police this time. I will not wait for you to get killed so that I can make Facebook posts about how I could have saved your life.

I hope to see you soon Verna. I’ll cook jollof for you… LOL!