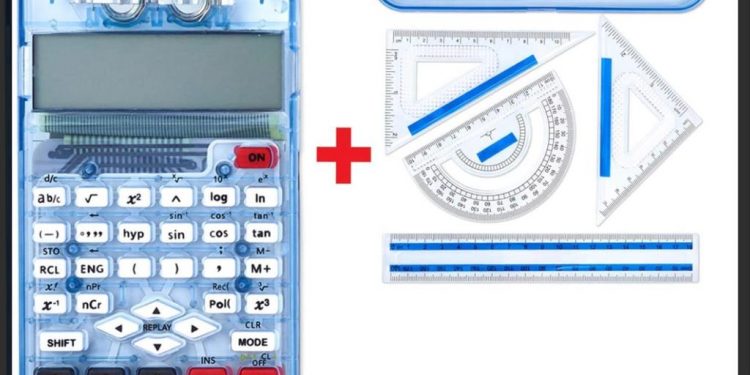 Bluegrass Group Ltd, the Local Agent of Cornfield Group Ltd has delivered its first consignment of Maths Sets to the Ministry of Education to be distributed to SHS students in Ghana.

The Group owned by KwadwoDarko-Mensah popularly referred to as Onasis was mandated to deliver a total of 853.009 pieces of scientific mathematical sets at a cost of ₵75 per unit totalling ₵63,975,675.

Our news team decided to embark upon this investigation to ascertain the whereabouts of the mathematical sets, since the sole-source contract was awarded by the government in September 2019.

Bluegrass Group Ltd owned by Kwadwo Darko-Mensah popularly known as Onasis was mandated to deliver a total of 853.009 pieces of the scientific mathematical sets at a cost of ₵75 per unit totalling ₵63,975,675.

The sole-sourced contract between Government of Ghana and Bluegrass Group Ltd is for 5 years at $12 million per year.

The Kapek SMI is a combination of a scientific calculator and mathematical set in a transparent plastic case and specifically customized for WAEC. It is built as a non-programmable calculator with over 400 basic mathematical functions, formulas and symbols for fast and easy computation.

The contract between the two entities was sole-sourced and selected based on the fact that Bluegrass Group Ltd was the only certified organization in Ghana that can supply the WAEC approved Scientific Mathematical Sets, which is a requirement for the West Africa Senior School Certificate Examination exams.