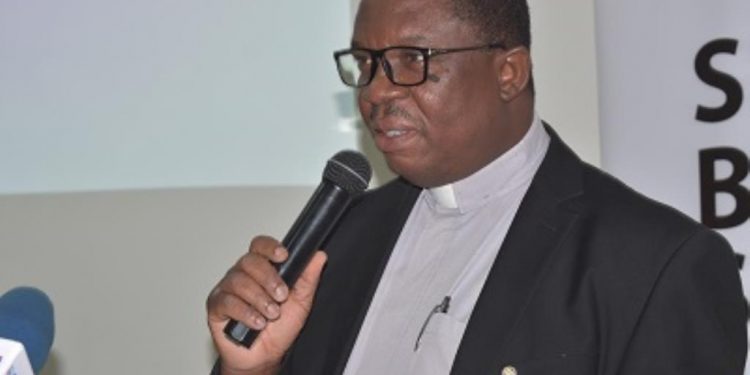 The General Secretary of the Christian Council of Ghana, Cyril Fayose, is advising smaller political parties to build a united front in order to break the duopoly in the political space.

According to him, their existence further deepens the country’s democracy and gives the electorate alternatives to the National Democratic Congress (NDC) and the New Patriotic Party (NPP).

Dr. Fayose spoke after the flagbearer of the All People’s Congress, Hassan Ayariga, paid a courtesy call on the Christian Council.

“What I like so much about him is that he pledged that he stands for peace and I also promised that the Christian Council is going to engage all the other political leaders and stakeholders. It is critical for democracy that we have more choice.”

“As I said, the choice is limited. We have to break the duopoly and if we can have a third force, that will be a good thing. I even suggested that they must come together. These smaller parties by themselves are almost equal to the bigger parties.”

Meanwhile, APC flagbearer, Hassan Ayariga says he will turn the fortunes of Ghana around within just one term in office.

There has been a raging debate on the need for a major third political force to counter the two dominant parties in Ghana as the country prepares to go to the polls.

Some have suggested that a third force will sanitize Ghana’s political space.