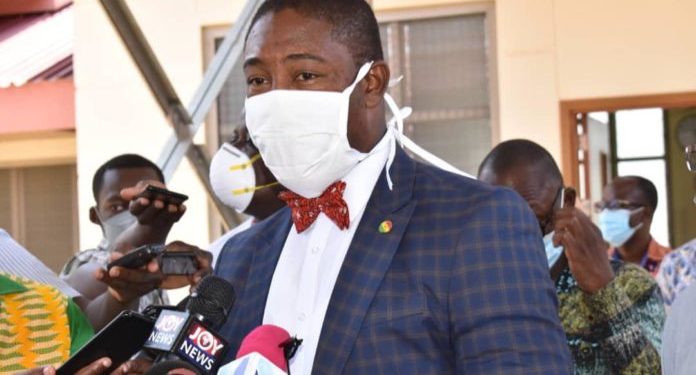 Government has once again justified the instituted $150 fee to be paid by travellers arriving in Ghana for COVID-19 test at the Kotoka International Airport following the reopening of the country’s air borders.

The recent justification was made following calls by the Bureau of Public Safety (BPS) for an immediate withdrawal of the fee.

The Bureau argues the government’s action  is “a grave violation of Part VII of the International Health Regulations (2005).”

But speaking to Citi News, a Deputy Minister for Health, Bernard Okoe Boye said the amount charged by the government is fair given the kind of antigen testing that has been adopted.

“Even the previous arrangements are about three or four times more costly than what we have at the airport. By the way, most of the people talking about cost are referring to quick RDTs and antibody tests. But for the education of the public, an RDT test cannot help identify people with a virus and prevent them from entering a country. So what we are doing is antigen test which is not cheap. I will say that looking at all considerations, it is a fair price.”

BPS in a letter to the Health Minister dated Wednesday, September 2, 2020, also urged the Ministry of Health to direct the Ghana Health Service to “maintain the 72-hour prior-take-off/travel testing requirement and enforce a 14-day mandatory self-isolation regime for passengers arriving without a PCR test taken within the last 72 hours.”

The government has directed that all passengers coming to Ghana by air are required to pay $150 for a 30-minute PCR COVID-19 test to stop the importation of the virus amidst the reopening of the country’s air borders.

But some concerned stakeholders say the fee is on the high side for travellers.

Governemnt’s insists the amount being charged is reasonable compared with global charges given the nature of the test being conducted.

A member of Parliament’s Health Committee, Charles Agbeve, however wants the government to provide details on what constitutes the $150 charge.

In an interview with Citi News, the Member of Parliament for Agotime Ziope demanded a review of the fee since the COVID-19 pandemic has affected finances across the world.

“What is the thinking? What went into that? If you can waive the testing and sieve some category of people then there must be reasoning to also waive the amount, quantum, value and cost to certain people also. So if somebody is coming and has one the test over there and it’s negative, and enters into the country but cannot afford that cost, what happens to that person?”

Barbados to open Embassy in Ghana in October

Barbados to open Embassy in Ghana in October