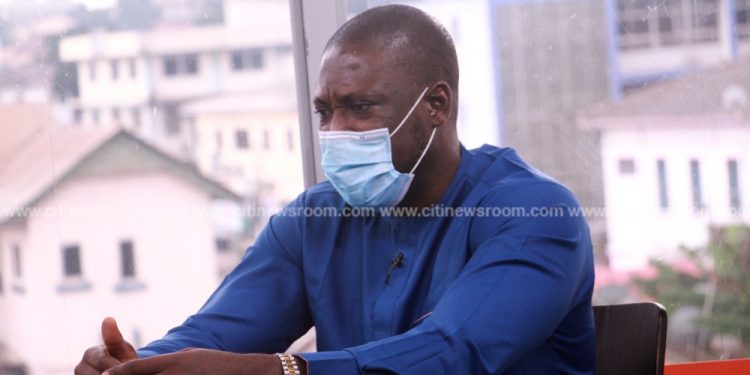 The Deputy Director of Communications for the New Patriotic Party (NPP), Richard Nyamah has urged government classify secessionist group, Homeland Study Foundation and any allied sects as domestic terrorists and apply the relevant punishments to them.

According to Mr. Nyamah, the activities of the group posses national security threat and must be dealt with immediately.

Mr. Nyamah made the call on Citi TV‘s Breakfast Daily on Tuesday, September 29, 2020.

He also urged politicians to stop politicizing the issue and help address it appropriately.

He added that the country stands to suffer should their activities of the separatists get out of hand.

“My problem is that sometimes we the politicians are irresponsible, and we have started politicizing the issue just to gain cheap political capital. We will leave the main issues aside and the people will have a leeway to operate.”

“What we are forgetting is that the operations and existence of this group is a National Security threat and the effect has no NDC or NPP colour but it is on the State. All I’m saying is that these people are terrorists who should be designated as such and dealt with, with all the harshness they deserve. We need to flash them out and make it uncomfortable for anyone to want to call himself or herself a secessionist but with all the laws in the country, I will urge the government to designate them as a domestic terrorist and be dealt with as such.”

Recent disturbances by the group

Members of the Homeland Study Foundation on Tuesday, September 29, 2020, attacked the State Transport Corporation (STC) in the Volta Regional capital, Ho, and set ablaze one of its buses

The members also on Friday, September 25, 2020, blocked major entries into the Volta Region.

This action left travellers to and from the Volta Region, particularly areas such as Tefle, Tsopoli and Juapong stranded.

One person was later reported dead while security officials were firing guns to try and restore order to the area.

Meanwhile, the police have given assurances that they are in control of the situation and will do their best to arrest the rest of the perpetrators of the crime to ensure that they face the law.

31 people arrested in connection with the incident have since been charged and currently being held in custody.