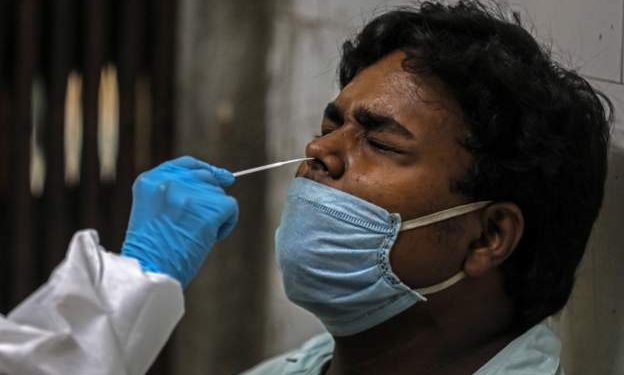 The number of confirmed coronavirus infections in India has surpassed five million, officials say, the second-highest in the world after the US.

The virus appears to be spreading much faster in India than any other country, with daily cases crossing 90,000 for the five days up until Tuesday.

More than 80,000 people have died, amid reports of shortages of intensive care beds and oxygen supplies.

But the death rate is lower than in many countries with a high caseload.

The rise in infections comes as the government continues to lift restrictions throughout the country to try to boost an economy that lost millions of jobs when the virus hit in March.

Gyms are the latest to reopen, while schools, colleges and cinema halls remain shut. But most workplaces and markets are back to normal, and many cities are permitting restaurants and bars to resume serving alcohol, which is likely to increase crowds.