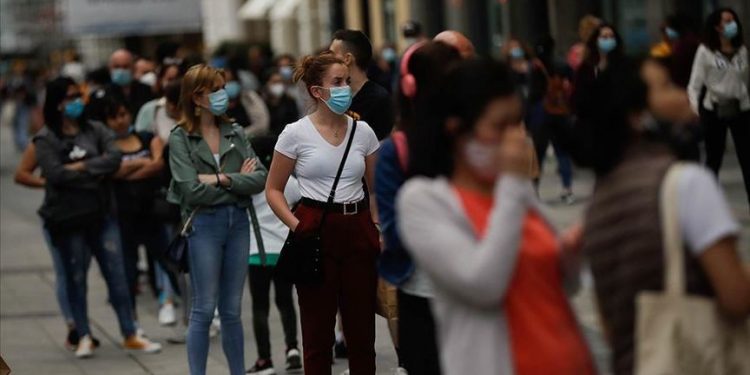 Spain broke two grim milestones on Tuesday, with COVID-19 cases surging to beyond 600,000 and related deaths passing the 30,000 mark.

Over the past month, Spain has become the worst-affected European Union country in terms of confirmed cases. France, with the second-highest number of cases, reports around 387,000 infections.

In the last two weeks alone in Spain, health officials have diagnosed nearly 120,000 new infections, while the percentage of all tests coming back positive continues to rise.

The most recent weekly data shows nearly 13% of all tests taken in Spain are coming back positive – suggesting a growing number of cases are going undetected.

New deaths are also accelerating, with the Health Ministry reporting 156 more deaths on Tuesday than on Monday, bringing the confirmed total to 30,004.

Hospitals are also increasingly full, with a second-wave record of 1,229 COVID-19 patients being admitted in the last 24 hours alone.

Hundreds of doctors in the capital Madrid, where 21% of hospital beds now hold those suffering from the infectious disease, stopped work for a few minutes around noon on Tuesday to call for better working conditions and to highlight the “collapse of primary care.”

Meanwhile, around 17,000 educational workers in the Basque Country took part in a general strike that coincided with the first day of high school.

According to the UGT union, 70% of all teachers, janitors, lunchroom staff, and more participated in the call for safer conditions for themselves and the students.

The strike was for one day, but the unions say they will continue if their needs are not met.