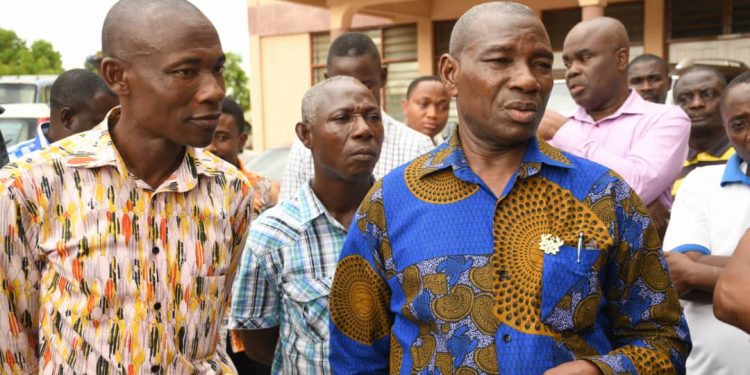 The Eastern Regional Minister, Eric Kwakye Darfour, has announced the dualization of Kwafokrom-Apedwa stretch of the Accra-Kumasi highway to reduce the spate of carnage on the road.

This assurance comes after the crash at Kyekyewere stretch of the highway on Tuesday, September 15, 2020.

Dr. Darfour who was inspecting ongoing road projects in Kwahu, also urged various transport unions to engage with the National Road Safety Authority to train their members in defensive driving to help reduce the human efforts associated with road crashes.

“Government has a policy of dualising the road, and we are on it. Very soon, the stretch between Kwafokrom and Apedwa will be done and that will reduce the fatalities and crashes on the road. I know that the tyre of the vehicle burst and then the driver lost control. That is where the defensive mechanism comes in. Apart from that, human error, drink-driving, speeding, and inattentiveness all lead to such incidences. We are praying that the various transport unions will come together with the Road Safety Authority for more training and cautious driving to reduce fatalities on our roads,” the Minister advised.

14 passengers died in the crash that involved an STC bus, a Yutong bus and a tipper truck.

The Deputy Eastern Regional Police Public Relations Officer, Sergeant Francis Gormado in a Citi News interview said: “We received the sad news to the effect that there was an accident on the Kyekyekyere road near Suhum on the Accra-Kumasi road involving an STC bus, a trailer, and another VIP type of bus. Upon receipt of the information, Suhum police immediately went there to clear the road for other road users and also to send the injured to the hospital for treatment.”

“I can confirm that 14 people have lost their lives in the crash. This was confirmed by the various health facilities that they were sent to. We have just commenced an investigation, and we will brief the public in due time.”