Government not behind attacks by Western Togoland secessionists – Oppong Nkrumah 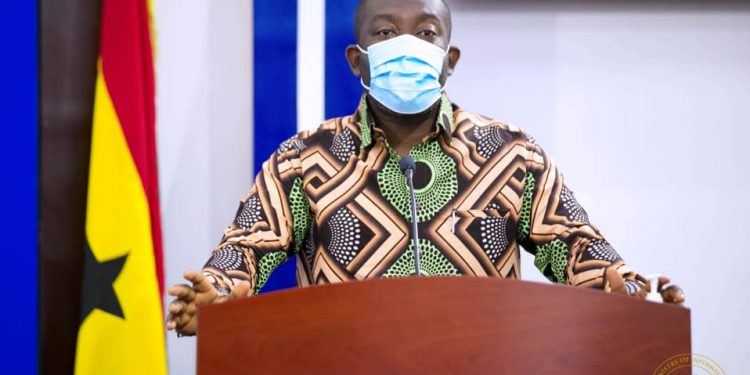 Government says it is utterly absurd for anyone to suggest the recent activities of secessionist group, Western Togoland are being fueled by the state.

The activities of the Homeland Study Group Foundation have led to widespread speculation that government intends to use that as a justification for heightening security in the Volta Region in the build-up to the general elections, in order to intimidate voters in the opposition National Democratic Congress’ (NDC) traditional stronghold.

But at a press briefing held today, Sunday, September 27, 2020, Information Minister, Kojo Oppong Nkrumah shot down such claims, describing them as “flat-out untruths”.

The Minister also commended the state’s security apparatus for swiftly averting a planned attack by the Homeland Study Group Foundation.

He said the security agencies had prior intelligence about the group’s planned attack on the Akosombo Dam and other sensitive installations and averted it.

“The first response was to ensure that these installations were secured and the analysis by the agencies was that, upon doing these successfully, these persons had no option than to do these roadblocks. The intelligence agencies did a good job. They took action to prevent the most dire parts of that intelligence.”

The Member of Parliament for the North Tongu constituency, Samuel Okudzeto Ablakwa has called for an investigation into the activities of the Western Togoland secessionist group, Homeland Study Group.

According to the legislator, the activities of the group have resulted in the most violent siege experienced in his constituency.

“We are demanding credible and impartial investigations into this. It is important for me to stress that what my peaceful and tranquil constituency witnessed this dawn is the most despicable development that has happened. The violent invasion which saw two Police commands being overpowered.

“You have these invaders taking over the Aveyime Police station, taking over police vehicles then moving to Juapong and removing barricades and also overpowering the Police over there.”

Thirty-one members of the secessionist group were picked up by the Ghana Armed Forces and the Ghana Police Service earlier today [September 25, 2020] after they mounted roadblocks on major entry routes to the Volta Region.

Most passengers travelling to areas in the Volta Region including Tefle, Tsopoli and Juapong were stranded as a result of the roadblock.