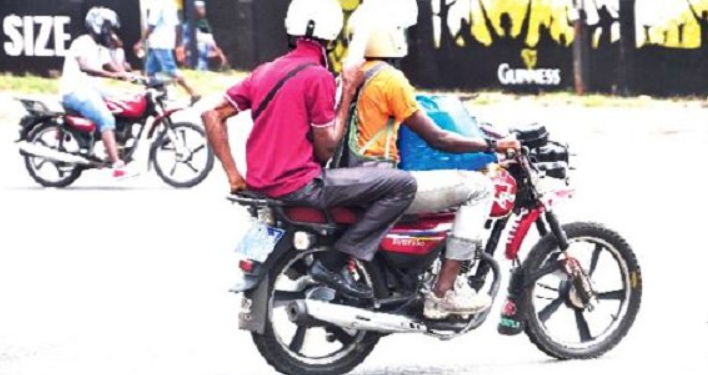 One of the country’s biggest driver unions, the Ghana Private Road Transport Union (GPRTU), is opposing plans by any political party to legalize the commercial use of motorcycles known as okada.

According to the union, concerns raised by the Ghana Medical Association that the number of road fatalities will increase if the business is legalized must be taken seriously.

This follows plans by the National Democratic Congress (NDC) to legalize the business if the party wins power come December 7.

In an interview with Citi News, a leading member of GPRTU, Robert Sarbah, said many lives will be at risk if the Okada business is legalized.

“GPRTU is not in support of the legalization of the okada business. The importance of the role that it plays in ensuring that it transports a passenger from one point to the other is not enough. The danger it presents far outweighs what it has to offer. If the Ghana Medical Association should say they are against this legalization, then we should know that it is something we should kick against.”

The promise to legalize okada has been largely discussed within the media space, with a number of people describing it as a false promise.

Some have criticized him over the idea, saying that it is populist and would cause more harm than good.

The government on the other hand described the operationalization of okada in the country as a “risky business”, Dr. Bawumia announced the government’s proposed alternative to offer new cars to the operators on a lease basis in order for them to carry out their activities in a much safer manner.