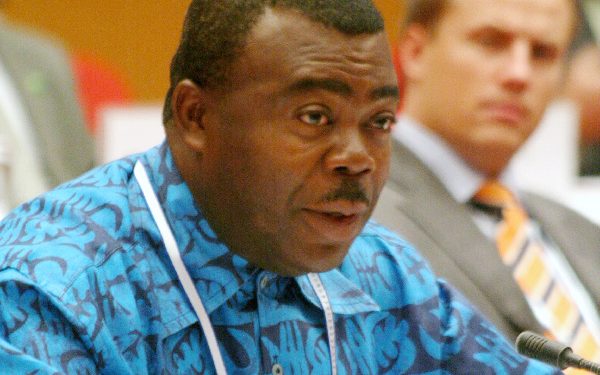 The Director-General of the State Interests and Governance Authority (SIGA), Stephen Asamoah Boateng, says he would terminate the Teshie Desalination Project contract if he had his way.

The plant, which was shut down about a year ago over some technical and operational challenges, resumed operation on March 18, 2020.

According to Mr. Asamoah Boateng, it does not make sense that with the abundance of fresh water bodies in the country, the best way to provide potable water was to desalinate seawater.

Speaking on the topic “Making State Enterprises Profitable and Resilient” on GTV, Mr. Asamoah Boateng said had it not been for contractual obligations, he would have terminated it altogether.

“Why would you want to desalinate seawater when you have clean water bodies like the Volta that has been dammed at Akosombo, and you can even supply to Togo if you are serious. It is terrible, if I had my way, I’ll cancel it”, he said.

Further justifying why he thought the deal was a bad one, the SIGA boss said, “The deal was set up in a way to milk the system. Why would you want to change seawater and it’s not like we are in a desert. I can understand Libya or Israel will go in for such a deal, but we have a lot of water bodies in Ghana so you cannot develop that?” And to make it worse, the deal was backed by Government Sovereign Guarantee.

Mr. Asamoah Boateng went ahead to highlight some other deals undertaken by the previous administration, which he said ought to be terminated.

He said such deals bequeathed state entities with legacy debts as the government did not consult the managers of the institutions before they secured funds to undertake those projects.

“Why would you, for instance, contract a loan of $275 million to develop Terminal 3 when it could have even built a brand new airport? So you go and contract and commit the state entity without talking to them, and then you give them legacy debt, then you tell them to turn things around.”

“The policy direction must be correct and this why President Akufo-Addo has said you cannot go and do anything without talking to the central body that oversees the institution’s activities.”

He, however, commended some Chief Executive Officers of the various state-owned businesses for how they have handled state institutions during the COVID-19 pandemic.

“I want to commend the CEOs because they have realized, especially in the COVID-19 era that you have to cut down on the wastage to prune down your expenditure.”

The checks at the time indicated that GWCL made payments of GHS 8 million a month to the financiers of the project, although it was making only GHS 2 million by supplying treated water from the plant.

The plant has the capacity to desalinate 13 million gallons of seawater a day.

More generally, desalination refers to the removal of salts and minerals from a target substance, as in soil desalination, which is an issue for agriculture.

In this case, however, saltwater is desalinated to produce water suitable for human consumption. One by-product of desalination is salt.

In April 2015, the Plant was commissioned by former President John Mahama to process seawater into potable water for consumers in Teshie Nungua and surrounding areas.

The Teshie Desalination Plant Agreement was specifically signed between the GWCL and Befessa on a build, own, operate and transfer (BOOT) basis in February 2011.

According to the Ghana Water, contrary to the assertion that it shut down the plant because the facility was making losses; it was rather the operators of the facility that requested a shutdown to allow them to carry out maintenance works on the plant.