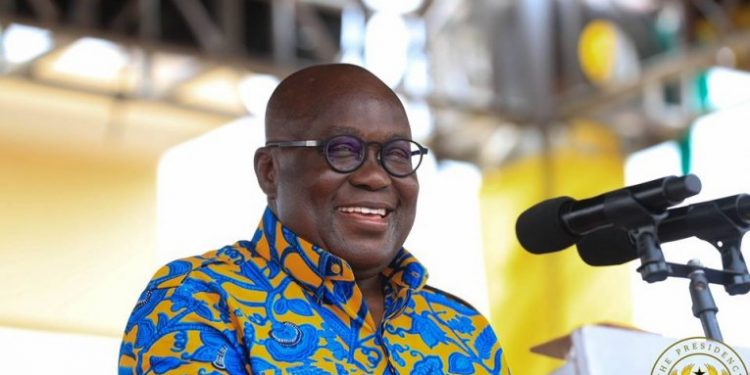 President Nana Addo Dankwa Akufo-Addo says he secured funding for every project undertaken under his administration since assuming office.

President Akufo-Addo made this known at Enchi during day 2 of his 3-day tour of the Western North Region, where he cut the sod for the construction of the 71.25-kilometre Enchi to Elubo road, which will cost $116.2 million.

“When I came here a year ago, I assured the Chiefs and people that I will work hard to ensure that the Enchi to Elubo road commences. There were a number of processes, like the contractor and funding sources, that had to be completed before today’s ceremony could take place. All those processes have been successfully completed”

“I am not like some people who rush to cut sods without securing the requisite funding for the projects. I will never do that. When I cut the sod, it means all the processes have been completed and the money for the project is available. I am not out to deceive anyone,” he said.

He further indicated that the Government had taken the decision to situate offices of the Departments and Agencies in all parts of the region.

President Akufo-Addo, therefore, appealed to the people of Aowin to vote massively for him and the NPP’s parliamentary candidate in order to “do more.”