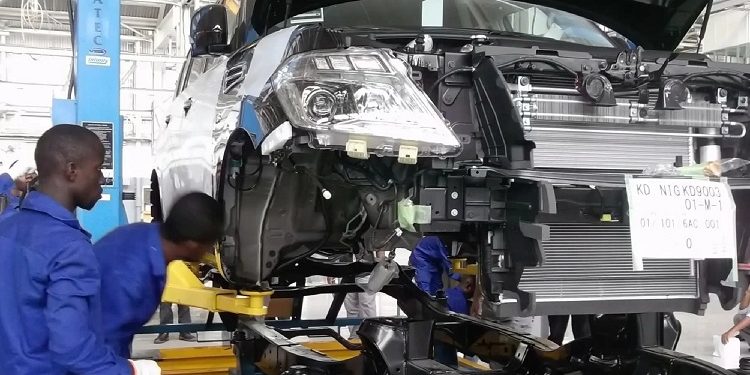 The automotive industry is one of the mainstay industries in all modern economies. The assembling of motor vehicles has historically been done in developed and emerging economies.

It is a very competitive global industry and every nation has to have the right conditions to be competitive in this industry. Ghana’s foray into the assembling of motor vehicles began in the late 1960s with the first vehicle assembly plant opening on February 2, 1969 when Auto Parts Vehicle Assembly Plant commenced the assembly of Nissan cars, buses, pick-ups and trucks. Subsequently, other assembly plants were opened by UAC Motors, Briscoe/ATS/KOWUS, SCOA Motors, GHAMOT and Neoplan Ghana Limited. As part of the industrialisation plan in the late 1960s the National Investment Corporation (NIC) also set up a vehicle assembly plant and workshop.

Through the years, the conditions which supported the assembling of motor vehicles in the country deteriorated. Until recently the only commercial vehicle assembly plant operating in Ghana was Kantanka Automobile Company Limited.

Under the brand name of “Kantanka”, the company assembles pick-ups, SUVs, saloon cars and some concept/experimental vehicles. In recent times, there has been a renewed interest in setting up assembling plants for vehicles in the country. The nation can be proud that the stability it has achieved with multi-party democracy; strengthening the rule of law and protection of private property; as well as generally favourable macro-economic conditions are part of the reasons for this renewed interest.

Furthermore, the government of Ghana has developed the Ghana Automotive Development Policy (GADP) which gives additional incentives for assembling of vehicles in the country. Among other things, the government wants to “establish a fully integrated and competitive industrial hub for automotive assembling in collaboration with the private sector – global, regional and domestic.”

It is also hoped that this will generate highly skilled jobs in the automotive assembly and the manufacture of components and parts, which will spill over to other sectors of the economy. The government is offering 5 years corporate tax holiday for Semi-Knocked-Down (SKD) assemblers and a 10-year corporate tax holidays for Completely-Knocked-Down (CKD) assemblers. Assemblers also enjoy Import Duties and Levies exemptions ranging from 26.25% to 41.25% depending on parts for vehicles intended for assembly [see Table 1]. Assemblers can also enjoy up to 35% Import Duty Rebates.

In response, several automotive companies are setting up vehicle assembly plants in the country. Primarily, they intend to produce for the Ghanaian market and use the country as a base for producing for the West African Sub-region. The automotive manufacturers also intend to take advantage of the African Continental Free Trade Area (AfCFTA) agreement in assembling cars for export to other African countries. Wolkswagen (VW) and China’s national heavy duty truck group Sinotruk, have already started the assembly of vehicles in the country. Nissan and Toyota will also commence the assembly of vehicles once their facilities are completed.

Also the Ghana Heavy Equipment Limited in partnership with ZEV, have set up Ghana Bus Company limited to assemble buses and coaches under the GADP. Other popular car manufacturers are also in talks with government to sign agreements for assembling vehicles in the country.

With a number of automotive companies assembling vehicles in the country it is expected that both direct and indirect jobs will be created. Additionally, consumers in Ghana stand to benefit from the availability of new vehicles at very competitive prices. There have already been concerns raised by importers of second-hand cars about the impact of the GADP policy on their business. It is important for dealers in second-hand cars to adapt quickly to the growing interest in assembling vehicles in the country.

The writer, Joseph Asenso-Agyemang is a Fellow of Ghana Forward; a non-partisan political movement dedicated to promoting and advancing economic development, visionary leadership and good governance.