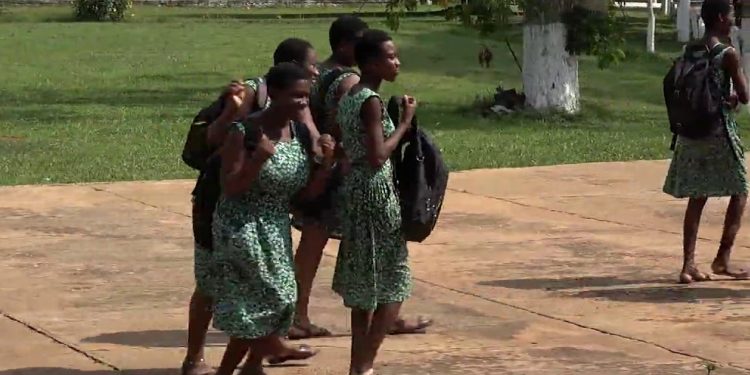 Students all around the country are idling and their minds and the knowledge they have acquired before the lockdown is going waste.

With just two reported Covid-19 cases in early March, the number has risen astronomically to 140 cases with five deaths by the time the president of the republic, Nana Addo Dankwa Akufo-Addo announced the Imposition of Restrictions Act, 2020 (Act 1012), an Executive Instrument that imposed restrictions on the movement of people residing in the Greater Accra Metropolitan Area and the Kumasi Metropolitan Area for a period of two weeks liable to review, which was eventually reviewed and a week added. Before this announcement, the president had already instructed the closure of schools two weeks earlier, on 16th March 2020.

Ghana was not the only country faced with the new Covid-19. The disease’s biological behaviour was and is still barely understood and so as such, the closure of schools forced more than 1.5 billion students into hastily implemented experiments in learning from home as schools around the world shut their doors. This hasty implementation came with its own unique challenges as most of these challenges were not anticipated or were just put in place for us to be seen as being on top of issues or having had the spread under control. As the argument will go in this piece, the benefits of reopening schools outweigh the cost of keeping them shut.
Studies suggest that children under the age of eighteen are a third to a half less likely to catch the disease.

Those under age ten, according to British figures, are a thousand times less likely to die than someone aged between 70 and 79. According to the Centre for Disease Control (CDC), only two per cent of domestic Covid-19 cases have occurred in children under the age of eighteen. A prevailing theory for children under 10 don’t seem to get sick as a result of the disease has to do with an enzyme called Angiotensin-converting enzyme 2 (ACE2) which is attached to the cell membranes of cells in the lungs, arteries, heart, kidney and intestines.

When SARS-CoV-2 enters the body, the spikey proteins encircling the virus latch on to ACE2 like a key fitting into a lock. Elizabeth Barnett, chief paediatrician for infectious disease at the Boston Medical Center and professor of paediatrics at the Boston University School of Medicine said: “children have the [ACE2] receptors for this virus more in the nose [and] in the upper respiratory system than in the lungs, and adults have these receptors in the lungs.”

Producing more ACE2 receptors in the lungs is one reason for why adults have more serious Covid-19 infections she noted. The evidence suggests they are not especially likely to infect others. In Sweden, the staff at nurseries and primary schools, which never closed, were no more likely to catch the virus than those in other jobs. To keep schools shut on the reasoning that schools are big and crowded and those small children will not observe social distancing, and they being at a greater risk of catching the disease is unscientific and detrimental to the knowledge and psychological growth of the child. The child, if misses out on basic socialization transmission, may take a long time or forever to reintegrate such a child back into society and the assimilation of societal norms becomes alien.

Research shows that a significant percentage of students drops out of school after a major shut down be it due to war, disaster or pandemic such as we have at hand now. These children choose not to return to school after reopening for reasons ranging from the inability to pay fees to the need to generate an income. A World Bank survey conducted during and after the 2014 Ebola outbreak in Liberia and Sierra Leone reported that approximately thirty-eight per cent of students did not return to school after reopening.

The scaring and sometimes false information pumped out there about the virus are likely to scare away and limit the number of the students that would return to school as they will have fears of possibly contracting the virus from their colleagues in classrooms with little or no safety protocols in place. Keeping these children at home is riskier than if they were in school. They leave with adults and the aged who still go about their normal routine because the work, market and office environment is back to normal.

These adults are at a higher risk of catching and transmitting it to these young ones. Some of these children have now become breadwinners and income generators for their families. Children as little as eight-year-olds shows up on our streets and compound houses each morning and evening carrying head plates of anything from toiletries to groceries. These are children whom should have been in school learning but for the fact that their schools are closed down due to Covid-19, they have either found joy or were forced to carry goods around selling on their heads. Sometimes, some of these children leave home with the goods and return only in the evening. They return tired and exhausted. Believe it or not, some have never opened a book since the closure and with time, will lose interest in schooling and eventually ditch it when schools resume. The longer we keep schools closed, the likely it is to negatively affect our gradual literacy rate success.

Unemployment figures are staggering in the country and most of these students out of school are going to be spending lots of their time with these employed adults. The children will be at the mercy of potential physical abuse and sexual violence. The school closures are hitting girls hardest as defilement cases have seen a sharp rise. This will likely lead to increased drop-out rates which will disproportionately affect adolescent girls, further entrench gender gaps in education, and lead to increased risk of sexual exploitation, early pregnancy and early forced marriages. Since the shutdown, the number of physical abuse perpetrated on our dear young ones has skyrocketed.

Twelve-year-old Kabiru Alabi, in an attempt to escape the beatings of his father, jumped from the second floor of his house to his death on 6th September 2020. There were hundreds of pregnant adolescent girls who sat for the BECE which ends today. There are loads of unreported abuses and sexual violence against more adolescent. Accepted that several factors are at play and against these occurrences to adolescents, the school closures is certainly and undoubtedly a significant one of them.

The Kotoka International Airport and major entry points and stations would have by this month of September be filled with young undergraduates and postgraduates trooping in. Ghana would have had her share of the annual streak of more than five million students travelling around the world in pursuit of higher education. But for Covid-19 and the shutdown of schools, this is difficult and impossible. The country is losing out on huge revenues which would be generated from these students in the form of tuition fees, accommodation and unending purchases. Ghana comes in second to South Africa in hosting international degree students on the entire continent. By some accounts, there were between seventy-one thousand and seventy-five thousand Nigerian students in the country as of 2014, injecting considerable funds into the economy and education system. The money Nigerian students alone spent on education in Ghana in 2015 exceeded the entire federal university budget of Nigeria. It is baffling how places- places of worship, drinking spots and restaurants can open and operate while the critical culture transmission establishments, our schools cannot open to carry out teaching and learning. A huge branch of the economy is cut waiting to sprout again. Universities cannot raise internally generated funds from the huge international student numbers, teachers and non-teaching staff and lecturers in private establishments have lost their source of income and sellers on the premises of these places have also lost a decent and only means of survival with no bailout.

The harm done by school closures are much worse both in the long-run and short-run. Organizing online classes and lectures cannot easily be effective and efficient because of the lack or non-existent of internet connection. Majority of the children live in extreme poverty where owning a smart handset would mean life savings. An option of hosting classes online will disadvantage these children. The television-learning introduced by the government and the Multimedia Group aimed at keeping students with subjects and topics at close proximity, it is a minute percentage of them that benefits as many are either without electricity or television. Education it is said, is the key and the safest way out of poverty. Keeping schools shut and depriving our children of teaching and learning is handing them passports to shorter, miserable and less fulfilling lives. The World Bank estimates had it that five months of school closures would cut lifetime earnings for the children who are affected by $10 trillion in today’s money.

With such alarming and dire potential loses, the government and stakeholders should work out how to as a matter of urgency, reopen schools as it is safe and the benefits of reopening far outweigh that of keeping them closed. This should not be made partisan. It should not be a case of “them against us.” The reopening of schools for final year senior high and final-year junior high school students should be a case study for the resumption. Out of the 313,837 final year senior high school students that went back to school in July, less than 250 Covid-19 cases were reported and none, out of the 531,705 candidates that sat for the BECE. This is enough evidence that reopening schools do not put our children at unimaginable risks of catching the virus. Schools must be reopened now!