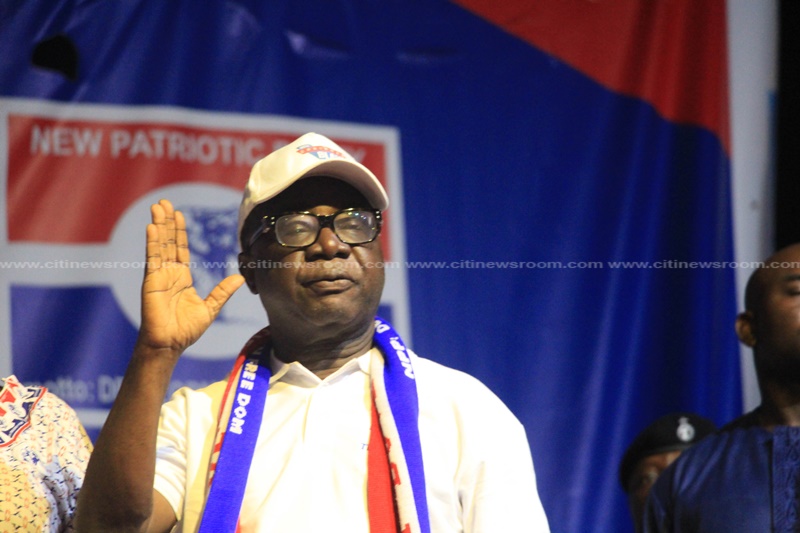 The New Patriotic Party (NPP) must strive to bring all stakeholders on board in the party’s quest to retain power in the December general election, Mr Freddie Blay, the National Chairman of the party, has advised.

“The onus lies on us, especially the leadership to open up and involve all NPP members in the electioneering campaign,” he noted, stressing that the party should shun complacency in all it’s forms.

Ensuring massive victory in the presidential and parliamentary elections, according to the National Chairman, required selflessness, dedication, and commitment.

Mr. Blay, who was addressing members of the NPP at the party’s Ashanti Regional campaign launch in Kumasi, asked the party activists to close their ranks and work together to realize the party’s mission.

“We should work harder at all levels of the party’s hierarchy because the ruling NPP has many good things to offer Ghanaians for their prosperity,” he stated.

The programme was also used to introduce all the 44 NPP parliamentary candidates in the Region.

Mr. Blay entreated the parliamentary candidates to continuously explain the party’s manifesto to the electorate, to enable them to make informed decisions regarding the party they should vote for in the elections.

He advised party supporters at the constituency level to bury their differences and rally solidly behind the various Parliamentary Candidates as well as President Nana Addo Dankwa Akufo-Addo for a resounding victory.

Mr. Bernard Antwi-Boasiako, Regional Chairman of the NPP, enumerated some achievements of the party over the last three years, saying the socio-economic initiatives by the government ought to be continued.