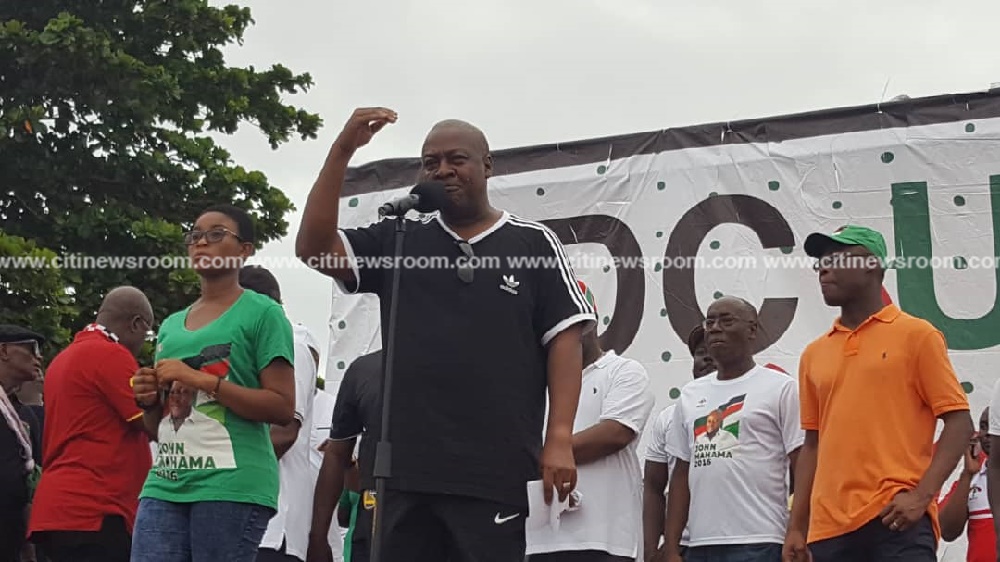 Flagbearer of the National Democratic Congress (NDC), John Dramani Mahama, has chided the Akufo-Addo government for not continuing policies and programmes aimed at addressing the socio-economic needs of Ghanaians that were initiated under the previous government.

The former president explained that the current administration has neglected building vigorous social and economic infrastructure that is aimed at assuaging the plights of Ghanaians.

Speaking ahead of the NDC’s manifesto launch today, September 7, 2020, John Dramani Mahama noted that his second coming will address the many socio-economic challenges of Ghanaians.

John Mahama further lamented that, “Unfortunately, this current government has refused to continue on this path and therefore failed to make our nation less vulnerable and more resilient.”

Meanwhile, organisers of the manifesto launch say all is set for the ceremony.

The Campaign Spokesperson for the NDC, James Agyenim-Boateng in an interview with Citi News highlighted some themes in the manifesto.

“This evening, the NDC will unveil its manifesto for the 2020 general elections. The manifesto follows wide consultation of various interest groups and organized labour, individuals, okada riders and many people in several sectors. The party, led by its flagbearer has been engaging these people, asking them what their inputs are and what they will want to see a new government do and what they think will impact their lives. The manifesto that will be unveiled today is representative of people’s expectations and we believe that we have a manifesto that addresses the concerns of people,” he said.