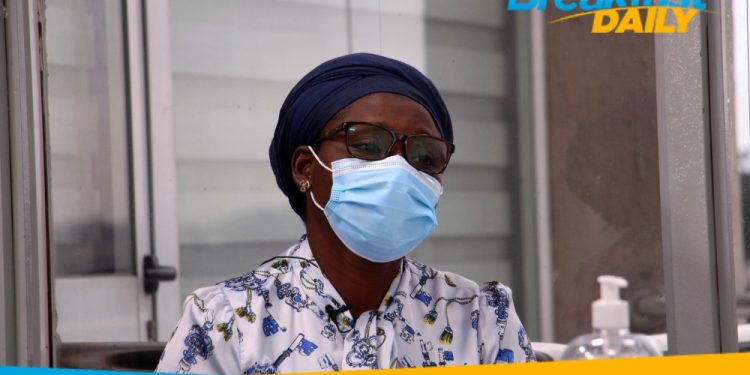 A member of the New Patriotic Party’s Communications team, Lawuratu Musah-Saaku has alleged that former President John Dramani Mahama truncated his tour of the Bono Region due to poor reception he received when he got to the region.

She urged Ghanaians not to accept claims that Mahama cut short his tour because of the missing names on the voters’ register in parts of the country.

According to Lawuratu, President Akufo-Addo’s performance in the region impacted on the low crowd that welcomed Mr. Mahama.

“President Akufo-Addo has very good things for the people of the Bono Region and the people are very appreciative of it. The Bono Regional House of Chiefs recently said there has been a 100 percent increase in their quarterly budget support under the President Akufo-Addo administration which is very profound and remarkable. There is also the GHS3.5 million support for the completion of the new headquarters for the House of Chiefs. So if he (Mr. Mahama) goes into such Region he obviously knows he won’t be getting the kind of support he gets elsewhere. And so to avoid any embarrassment, he will have to just return to Accra.”

Mr. Mahama began a four-day tour of the Region on September 21, 2020, and was expected to visit 11 out of 12 constituencies in the Region.

But he cut short the tour on Tuesday, September 22, 2020, citing the alleged missing names on the country’s electoral roll for his decision.

Mr. Mahama said, “I am cutting short my tour of the Bono Region to return to Accra because of the increasing reports of challenges with the voter register and the exhibition process. We’ll address a major press conference on the issue in due course,” he announced on Twitter.

She further added that NDC is using the same strategy they deployed during the voters’ registration in its claims of missing names.

“The claims he is making are nothing. The EC has said it is nothing for Ghanaians to worry about and I wonder if he (Mr.Mahama) and his party are aware there is an exclusion list where the missing names could potentially be, and they could take advantage of the inclusion list to be added onto the register. The reason for the exhibition is to correct such problems. This was the same attitude they used during the registration exercise. So the point is he was poorly welcomed, and he couldn’t stand it.”