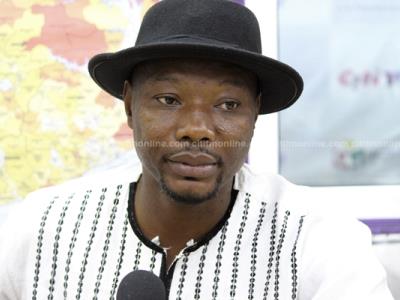 The People’s National Convention (PNC), Bernard Mornah has accused the Electoral Commission (EC) of not taking into consideration the opinion of various stakeholders before rolling out the voter registration exercise.

National Chairman of the party, Bernard Mornah believes this is what has led to the omission of the names of some voters in the register.

Chairman of the PNC, Bernard Mornah who led a group called the Inter-Party Resistance against the New Voter Register to protest the EC’s decision to compile a new voter register took a swipe at the EC over the latest development.

“We warned them that there was nothing wrong with the register that delivered President Mahama and President Akufo-Addo, the new regions, district assemblies, parliament and what have you. We told them that dead people in the register cannot be the reason why the register should be changed but this electoral commission will not listen. They were rather interested in spending the money of the people of Ghana. Today, look at what has happened. The problems that they enumerated for the reasons why the register was changed still exist”, he said.

Despite these concerns, the electoral management body has refuted claims it has deliberately removed the names of some persons from the voters’ register.

The EC also said it has been transparent with the data from the voter registration exercise which saw 16.9 million persons register to vote.

It thus said it would be “a paradox to suggest that the same Commission now seeks to remove persons from the voters’ register.”

“Had that been the agenda of the Commission, it would not have given detailed information to stakeholders throughout the registration process. We assure the general public that these allegations are unfounded.”

The Commission further reminded persons making such allegations that the exhibition process is to allow stakeholders “to unearth problems with the register for the purpose of fixing it.”