My principles have sustained me this far – Rawlings 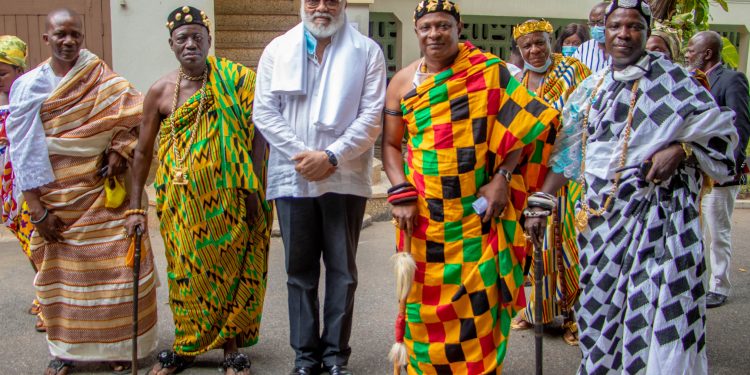 Former President Jerry John Rawlings says it is his abhorrence for thievery and lying that ensured that he stayed in office for almost 19 years.

Addressing a delegation of Chiefs and Queen mothers from the Ave Traditional Area who called on him, the former president said, “I did not come to public office to steal and never did. We had to go through a lot of sacrifices to get to today as a country, and there’s no way I was going to compromise on my integrity.”

Flt. Lt. Rawlings noted that his principles, as he propagated and established during his tenure, however, had been abandoned.

“We [NDC] won all our elections and survived some of the most trying times of our nation’s history for as long as we did, bringing hope and relief to our people because of those solid values and principles.”

“What has sustained some of us is our attachment to the principles of truth, justice and fair play – it is not a vulgar quest for materialism, a trait which has sadly perpetuated itself into the leadership structures of our society,” the former President stated.

Touching on what went wrong, former President Rawlings said the mass of political goodwill that swirled around the National Democratic Congress (NDC) victory in 2008 evaporated when the Mills government failed to thoroughly re-investigate political killings such as the assassination of the Yaa Naa and the death of Alhaji Issa Mobilla, then Northern Regional Chairman of the CPP.

Former President Rawlings said the refusal to reinstate truth, transparency and most of all justice into the fabric and psyche of the nation led to the institutionalization of crime and corruption, eventually resulting in NDC’s electoral loss of 2016.

Commenting on the recent book by Professor Kwamena Ahwoi, ‘Working with Rawlings’, the former President said it was unfortunate that matters involving the late President Mills had been twisted to make him look bad.

According to him, days after then candidate Mills travelled to South Africa for treatment after his nomination in 2006, “he called me one mid-morning to say he could not continue and that he wanted to step aside. I asked him to wait till he returns and I also sought to know if he had mentioned this to anyone. He was silent and did not answer so I assumed that he might have done so. The next day or so, I invited the elders, some former ministers and other seniors for a meeting during which I attempted to put across the condition of the Professor without being specific.”

“Towards the end of the meeting, I did however suggest that names of presidential hopefuls should be floated. The point is, the NDC party was looking visually and politically vulnerable while the NPP looked like a party with more presidential potentials than it could handle or contain. These were my personal observations. My next intervention was to ask who came second at the last congress. I was not sure whether it was Alhaji Mahama Iddrisu or Dr Spio Garbrah. I did not know or think that an attempt to ensure that we were prepared for any eventuality would cause an affront to his handlers.”

“The following day or so, I spoke to Ato Ahwoi on the phone insisting that they must publicize names of presidential potentials and hopefuls amongst our people and to include their own names – they the Ahwois. I later realized that they were preparing to receive Professor Mills with a huge crowd at the airport, which was okay for morale. But as the days went by, the language took on an unpleasant tone creating the impression I was up to some ill motive. The Prof. arrived and was debriefed, I hear by his handlers and the meeting I was hoping and waiting for never took place. He was in the meantime being publicized in subsequent days doing a house-to-house campaign.”

Rawlings said: “In spite of the developments that took place, my wife and I did not hesitate to campaign vigorously towards the 2008 elections. After all, I had backed Mills since 1998 and was not going to back down in the middle of a crucial election”. 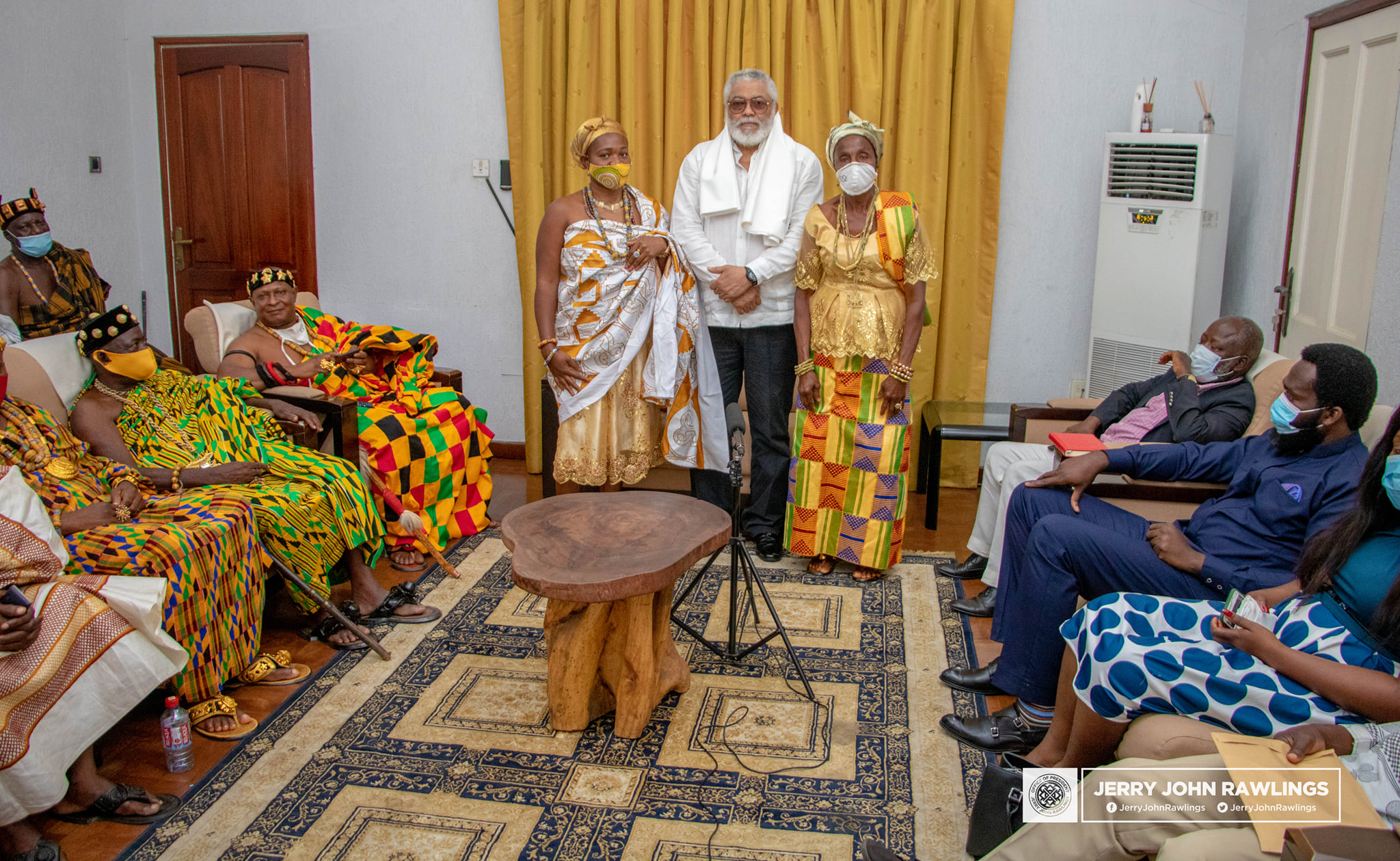 Earlier, the delegation of chiefs led by Togbega Nyamekor Glakpe V, Paramount Chief of Ave Dakpa Traditional Area and President of the Ave Council of Chiefs commended former President Rawlings for his sensitivity, humility and reverence to chiefs and traditional leaders, stating that his vision led to the provision of electricity to most parts of the country through the Rural Electrification Project.

The chiefs said they were surprised to read Kwamena Ahwoi’s derogatory statements about Rawlings’ leadership qualities and wondered how the author could come up with such untruths.

Togbega Glakpe also referred to the local government structure which empowered the masses as well as setting an admirable record when he handed over power when his party lost an election.

“As a pragmatist and an astute leader, Rawlings understands African politics and time to quit, if and when necessary, to preserve the achievements of the struggle against injustice,” Togbega Glakpe stated.

The chiefs wondered what the author was doing about his book since it had been described by well-meaning Ghanaians as lacking credibility.

“In the light of the above, we the Chiefs of Akatsi North District have come out boldly to dissociate ourselves from Kwamena Ahwoi’s book because it lacks credibility,” Togbega Glakpe stated. 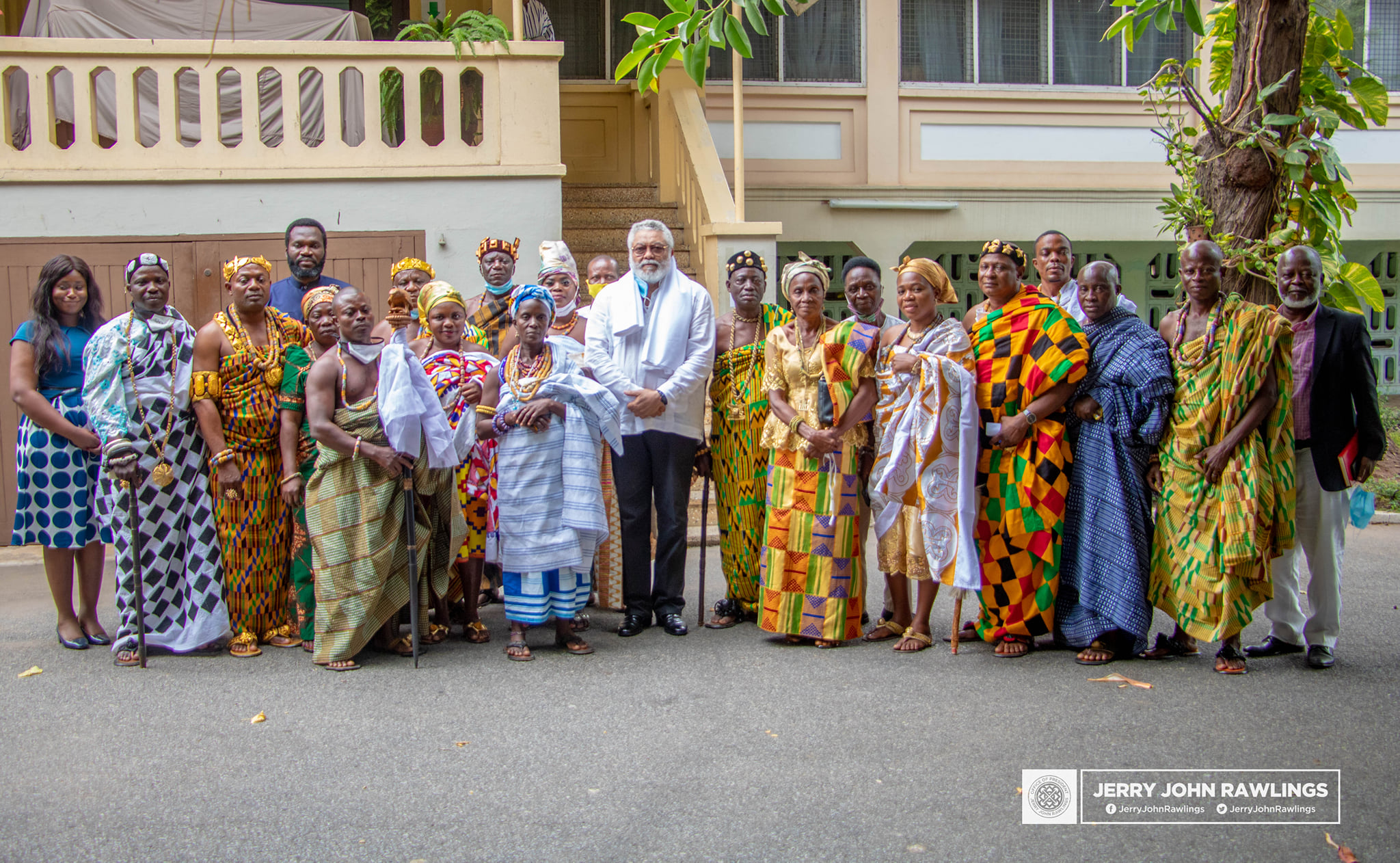 Among groups that have shown solidarity with the former President in the past few weeks is the Progressive Intellectuals, an association of academics and intellectuals with members from the various tertiary institutions in Ghana.

A delegation of the group which was led by Professor Martin Oteng Ababio, Head of the Department of Geography and Resource Management, University of Ghana also visited the former President.

The Progressive Intellectuals reassured former President Rawlings that there were several academics and intellectuals across the country that identify with his values and principles and are prepared to defend and promote his legacy.

The Youth Wing of the NDC, represented by the Regional Youth Organizers from all sixteen regions has also recently called on the Founder of the party to express their solidarity. 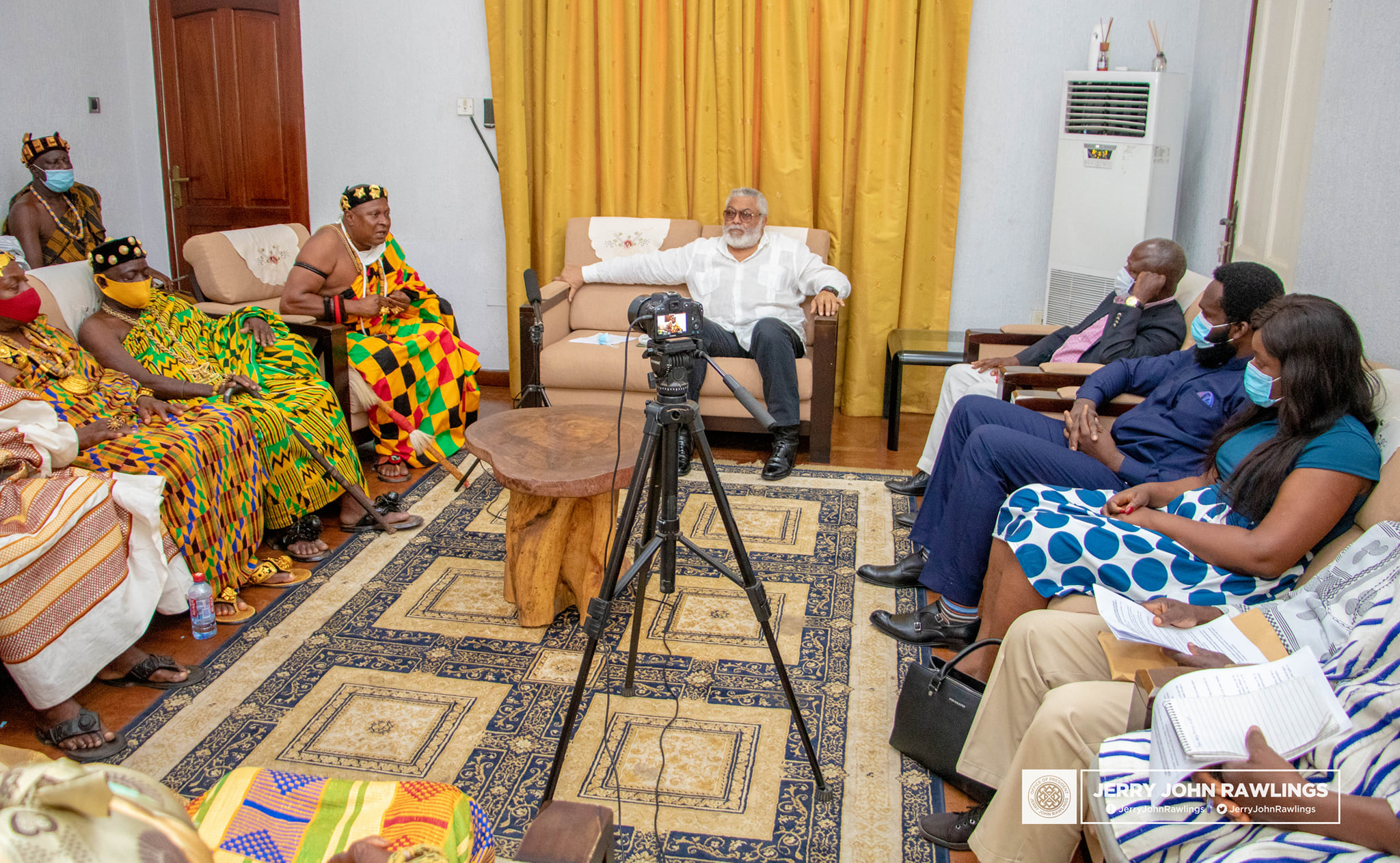