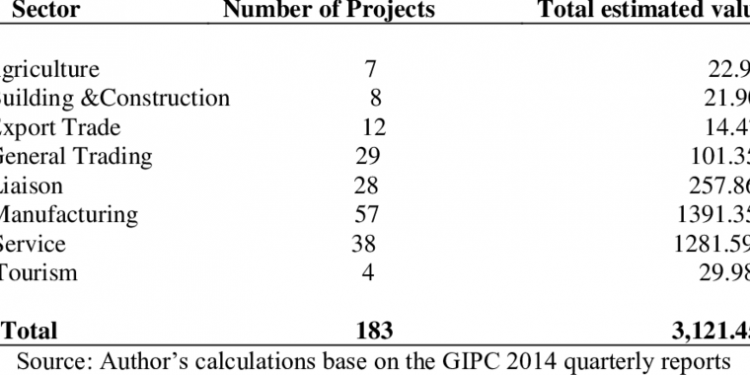 Project execution is a permanent and important feature and responsibility of every government. Here in Ghana, all our governments undertake some form of projects in most parts of the country.

Other concerns are related to the award of such contracts and the people’s level of involvement in the planning, design, and implementation of the projects.

These challenges most of the time leave some projects poorly executed or abandoned especially when there is a change of government.

Another serious effect of these challenges is the doubt and uncertainty that some section of the Ghanaian public has about the existence of some of those projects.

Thus, to prove that the projects do exist as claimed by either the ruling party or the major opposition party, both the New Patriotic Party and the National Democratic Congress either resort to the publication of colorful books to highlight their projects or the use of project trackers to showcase their projects to the public.

The use of these mediums notwithstanding, a section of the public and the opposing political parties do express doubts about the existence of the projects.

For instance, whereas the New Patriotic Party both in opposition and government characterized the NDC’S ‘Green Book’ projects as fathom, the National Democratic Congress and some media houses have cast doubts about the existence of some key projects highlighted by the project tracker as launched by the Vice President Dr. Mahamudu Bawumia.

Both political parties also accused each other of abandoning projects started by the other whilst the people whose lives the project sought to improve suffer unduly.

To this end, the country will have to consider passing an Act of Parliament that leads to the creation of a National Projects Register as a one-stop-shop national project reference bureau.

In other words, the Register will serve as a national database of all projects in the country. Alternatively, Parliament can amend the procurement laws in order to clothe the National Procurement Authority with additional powers to establish such an important delivery arm.

This register whose secretariat will be administered by an independent public servant can contain key components as the location of the project, name of contractor and project consultant, period of execution of project, source of funding, cost of the project, and procurement details.

To make the register workable, the Central government should make it mandatory for all MMDAs and MDAs to provide timely data on their projects to the National Projects Register with sanctions attached.

Meanwhile, the availability of this important register will help the media houses and other important stakeholders such as the CSOs, NGOs, PIAC, and donor partners track the progress of projects across the length and bread of the country.

Such a register with a GPS address will also help the media to inform the public about the true existence or otherwise of the projects as claimed by the ruling party or the opposition.

It will also help stakeholders to monitor the quality of works executed by contractors in order to avoid shoddy works which remains a bane of project execution in the country.

This way, the public can name and shame contractors who undertake shoddy works and possibly advocate for their blacklisting. More importantly, it will help in cost comparison between MMDAs on one hand, and MDAS on another hand.

Further, it will help the MMDAs to show fidelity to the procurement laws by avoiding some abuses and infringements of some provisions of the Act.

To the public, it will help us to track the achievements of the political parties as we ourselves will be able to find out the progress of such projects.

For the ruling party, it will push them to do their utmost best for the country by way of project execution.

Between the two major political parties, it will engender a healthy competition for achievement in terms of project execution anytime they each have the opportunity of administering the country.

Cost-wise, it will help the country in doing a year-on-year cost comparison of projects. It will also contribute towards inter-district/ regional cost comparisons of projects with a view to factoring in value for money rigidities in project negotiations and costing.

It will also serve as a good guide for project citing so as to avoid project duplications and wrong siting of projects.

Finally, as the media and important stakeholders will be monitoring the progress of these projects, it may minimize the rate of abandonment of projects by successive governments since the public and the CSOs/media will be able to mount pressure on the government to see to the completion of most of such projects.