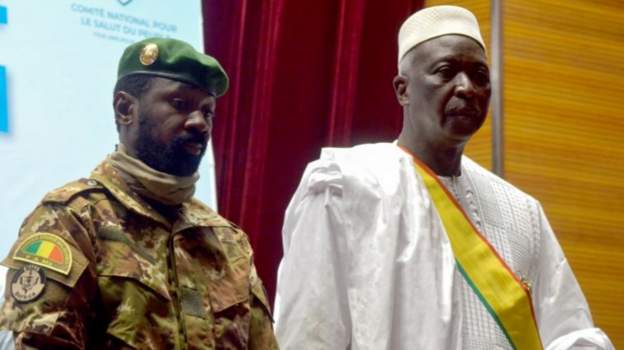 Nigeria’s President Muhammadu Buhari has said “grey areas” need to be resolved in Mali’s military handover of power to a civilian government before sanctions imposed by its West African neighbours can be lifted.

The regional bloc, Ecowas, imposed sanctions on Mali after last month’s coup. The appointment of a civilian president and prime minister were conditions for the sanctions to be lifted.

Although the military junta has met those key conditions, the role of its leader Colonel Assimi Goita as vice-president remains a sticking point.

“According to the Special Envoy, the military leaders are yet to satisfy Ecowas demand of a full civilian as vice-president, and what his roles would be in government,” a statement after the meeting said.