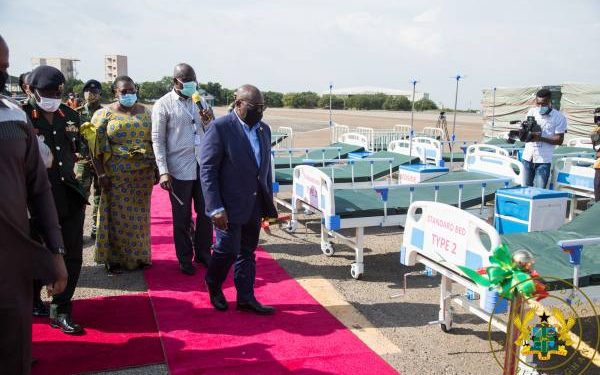 A total of 10,000 hospital beds are to be distributed to all public health facilities across the country beginning this week under the Infrastructure for Poverty Eradication Programme (IPEP).

This according to President Akufo-Addo is aimed at reducing the “no bed syndrome” in the country’s public health space.

Speaking at a ceremony in Accra to officially begin the distribution exercise, President Akufo-Addo says government has in the last three years implemented programmes and policies aimed at improving the health delivery system of the country.

Nana Akufo-Addo said it is always disconcerting to see patients being treated in wheelchairs, in plastic chairs, and even on the floors because of the unavailability of beds.

“Government’s determination to see an end to this no-bed syndrome has resulted in the decision to procure these hospital beds and their associated accessories for distribution across the country, to augment the existing numbers in the country,” the President said.

At the ceremony held at Burma Camp, where the beds are being housed, President Akufo-Addo stated that the beds, which are to be distributed to all 275 constituencies, are adjustable for better positioning of the patient’s head and feet.

He told the gathering that these beds will allow for better movement of patients, as well as periodic change to the pressure points on the body, thereby, improving the patient’s blood circulation whilst she/he is in bed, adding that “they maximise comfort for patients who will use them for extended periods of time, and their customisable features will make it easy to adjust specific parts of the bed.”

Whilst urging users and hospital staff to take good care of these beds, which have come at significant cost to the taxpayer, President Akufo-Addo stressed that “with four (4) more years for Nana and the NPP, we will do more for you, because we are motivated by a vision of ensuring that the basic infrastructure in education, health and social services is equitably distributed throughout our nation, to provide relief and encouragement to all sectors of our society. That is how we build a united Ghana”. 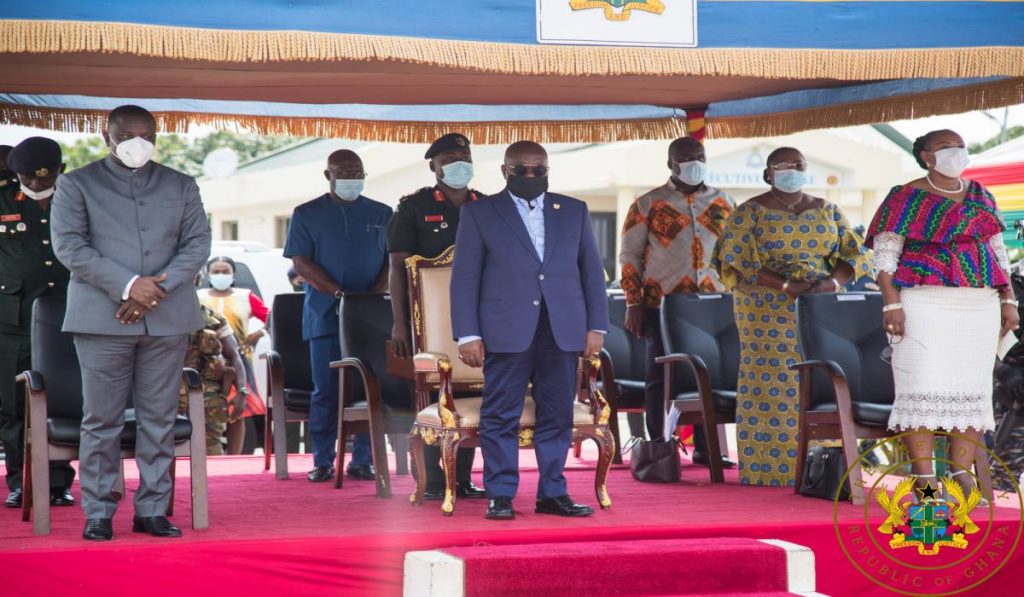 It will be recalled that, in the run-up to the December 2016 elections, the implementation of IPEP was a campaign promise of the New Patriotic Party.

This pledge was to provide each of the 275 constituencies with the cedi equivalent of US$ 1 million to tackle issues relating to infrastructural development and poverty eradication in rural and deprived communities.

Indeed, the implementation of the programme commenced with the launching of One-District-One-Warehouse component in Ejura, in the Ashanti Region, followed by the unveiling of the One-Village-One-Dam programme at Kuuyoukou in Lawra, in the Upper West Region.

“One of the fruits of this policy was seen by all Ghanaians in February this year, when I commissioned and distributed three hundred and seven (307) state of the art ambulances, i.e. one ambulance per constituency, and the remaining thirty-two (32) to the National Ambulance Service,” he added.

Thus far, these ambulances, the President indicated, have been of immense help to ensuring an effective Emergency Medical Service (EMS) system, and improving our country’s emergency response capabilities.

Indeed, the Ministry of Special Development Initiatives, which is implementing IPEP, together with the Coastal, Middle Belt and Northern Development Authorities, have, so far, seen to the construction of 1,000 community water systems; 1,000 public and institutional water closet toilets; 50 prefabricated grain warehouses; 560 small earth dams; 50 rural and peri-urban markets; 26 clinics with bungalows for the medical staff; and 5,014 constituency specific projects.