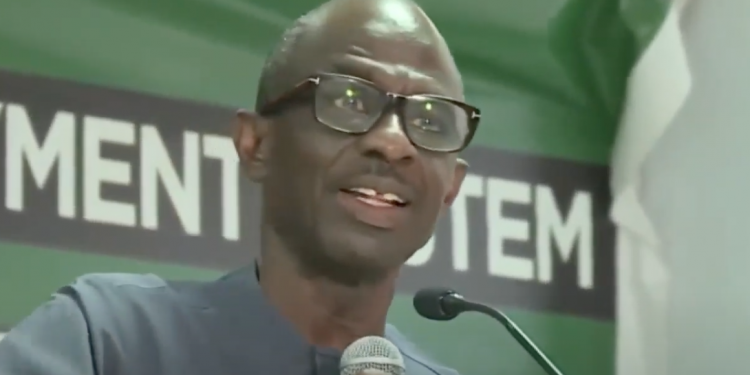 The National Democratic Congress (NDC) has ruled out turning to the National Peace Council amid its complaints about alleged irregularities in the electoral process.

The party has been accusing the Electoral Commission (EC) of being complicit in the governing New Patriotic Party’s alleged attempts to suppress voters and gain an advantage in the polls.

Most recently, it has accused the EC of deleting names of voters in NDC strongholds.

When asked if the NDC will consider petitioning the Peace Council on the concerns at a press conference on Thursday, the party’s General Secretary, Johnson Asiedu Nketia, accused the Council of being complicit in the problems.

“They themselves are aware of the problem so they should be calling us… We don’t think that solutions to this problem lie with the Peace Council,” Mr. Nketia remarked.

He said the council had been unable to settle previous disputes in the electoral process.

“They have followed this process. We have given them all our issues relating to the preparations towards this election. From day one to date we have not found any single solution from that platform,” he recounted.

In further criticism, Mr. Asiedu Nketia said the council was aware of some of the purported irregularities overseen by the Electoral Commission.

He made specific mention of the printing of new voter IDs outside the registration process which the EC has said it sanctioned.

“We presume that the printing of the cards on our blindside was done with the advice of the committee of eminent persons so they [the Peace Council] have excluded themselves from the opinion leaders who we should be consulting for solutions because they are part of the problem.”

The press conference was in response to the challenges NDC supporters say they have been encountering in the voter register exhibition process.

The party’s flagbearer, John Mahama, called off his tour of the Bono Region to address the press conference.

He has called on the international community to take a closer look at the EC’s conduct.

He also wants the voter register exhibition process extended beyond the extra two days already announced by the commission.

The Commission has already denied the claims put forth by the NDC.