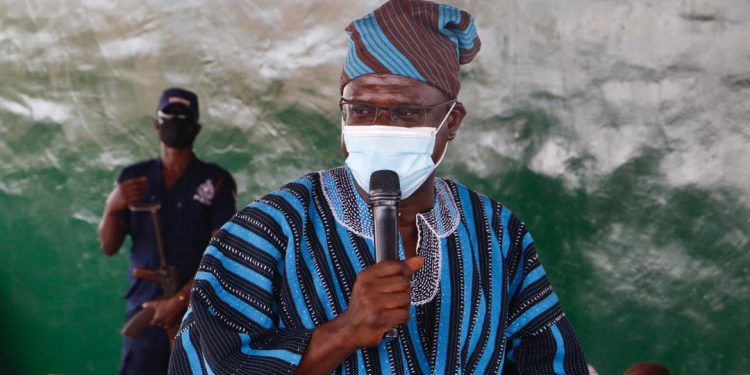 The King and Overlord of Dagbon, Ya-Na Abukari II, has been praised for bringing peace to the Dagbon Kingdom and by extension the entire Northern Region.

The Executive Chairman of Jospong Group of Companies (JGC), Dr Joseph Siaw-Agyepong, made the commendation when he led a high-powered delegation accompanied by the Northern Regional Minister, Mr Salifu-Sa-eed, to pay homage to the Overlord of Dagbon, Ya-Na Abukari II, in his Gbewaa Palace at Yendi in the Northern Region.

He said the current peace in Dagbon, and for that matter, the whole of the Northern Region will help woo investors into the region to bring about development.

“I want to use this opportunity to congratulate you first, for your ascension to the skin, and second, for your strenuous efforts in bringing peace to the Dagbon Kingdom—a place where investors some years back felt jittery to invest.”

“…But through your ascension to the skin, you have brought peace and development to Dagbon,” Mr Siaw-Agyepong stated. 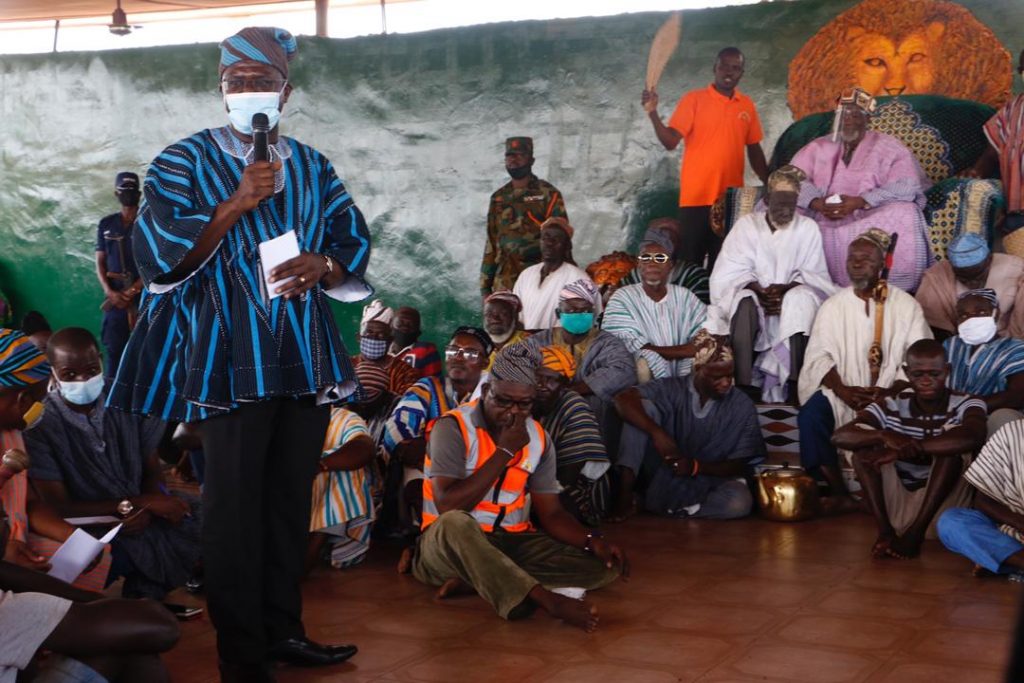 Mr Siaw-Agyepong, who doubles as the Chief Executive Officer (CEO) of Zoomlion Ghana Limited, promised to support Ya-Na Abukari II in any development initiative that he will embark on for the people of Dagbon.

He again commended the Overlord of Dagbon for appointing the Sulta Na as the Chief of Sanitation, stating that this was a good initiative which “my company [Zoomlion] will support to make sure Dagbon and the whole of the Northern Region are always free of filth.”

He also used the opportunity to inform Ya-Na Abukari II of his company’s plans to build solid and liquid waste treatment facilities in the Northern Region as part of efforts to improve sanitation in the region.

He disclosed that funds and equipment had been secured, which will see the two projects commence soon. 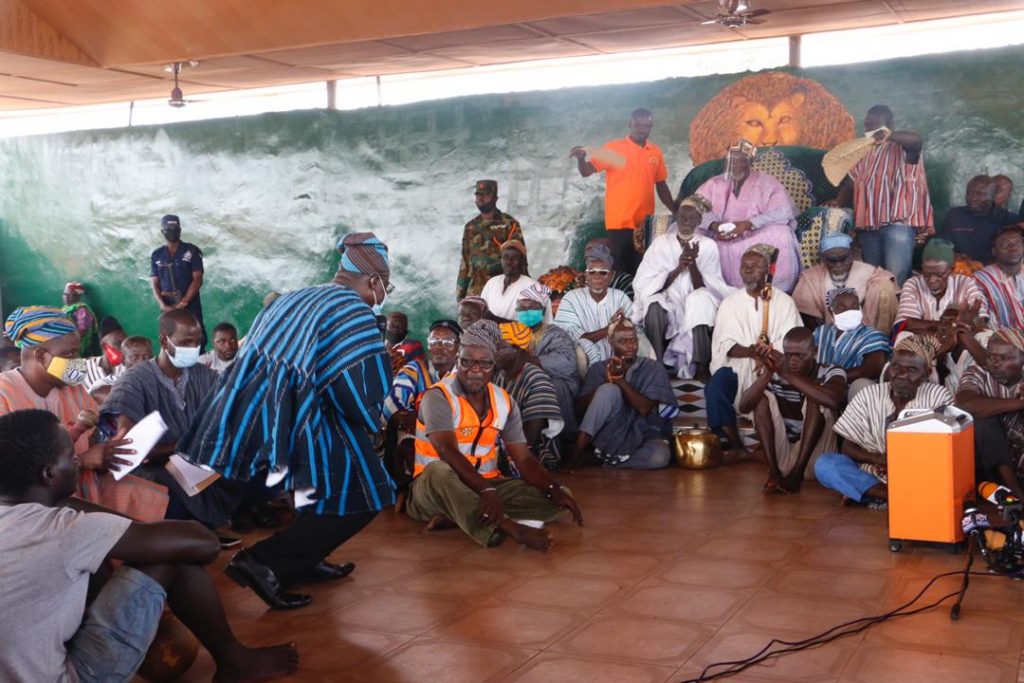 He said the two projects, when completed, will create 125 direct and over 500 indirect jobs respectively.

According to him, Zoomlion which today has gained international fame started its humble beginning in the Northern Region, using tricycles to collect and dispose of solid waste.

“…From a humble beginning today, Zoomlion is in Togo, Liberia, Sierra Leone, and has an office in China, Dubai and India,” he said.

While acknowledging Dr. Siaw-Agyepong for his pivotal role in the development of the country, Ya-Na Abukari II made a passionate call for peace, especially when in a few months time the country will be going to the polls.

“Finally, as December 7th is almost at the corner, my humble and persuasive call for peace is in recognition of the tumultuous period of our electioneering campaigns and the palpable tension that it arouses. Dagbon has had its past experiences so long as part rivalries and politicking are concerned,” he said. 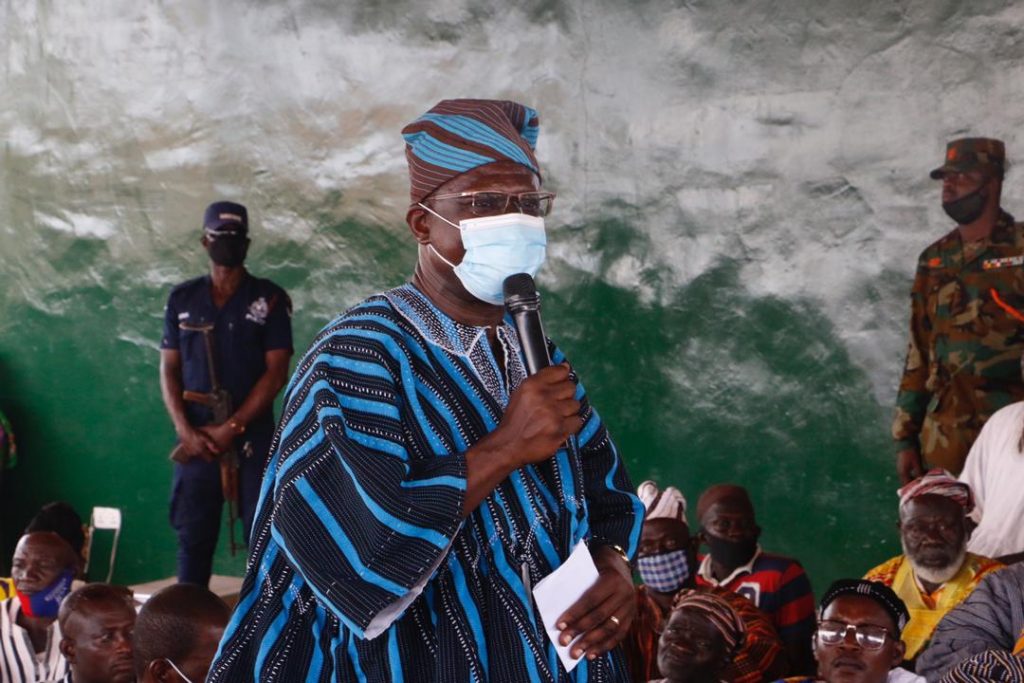 Against this backdrop, Ya-Na Abukari II stressed the need for Ghanaians to demonstrate restraint and tolerance towards dissenting opinions.

He gave the assurance that he will continue to champion peace in Dagbon, and, therefore, called on the media to also help in promoting peace across the country.

Earlier, at the arrival of the Zoomlion delegation, the Gbewaa Palace was thrown into frenzy as Ya-Na Abukari II was ushered into the palace amidst drumming and dancing to the tune of various traditional songs.

Later, Mr Siaw Agyepong presented 50 bags of rice, 10 gallons of cooking oil, 100 dustbins, Zoomlion branded T-shirts and executive diaries to the Overlord of Dagbon in support of the celebration of this year’s Fire Festival.

He also gave an amount of GHS10,000 to Ya-Na Abukari II and his family and elders of Gbewaa Palace. 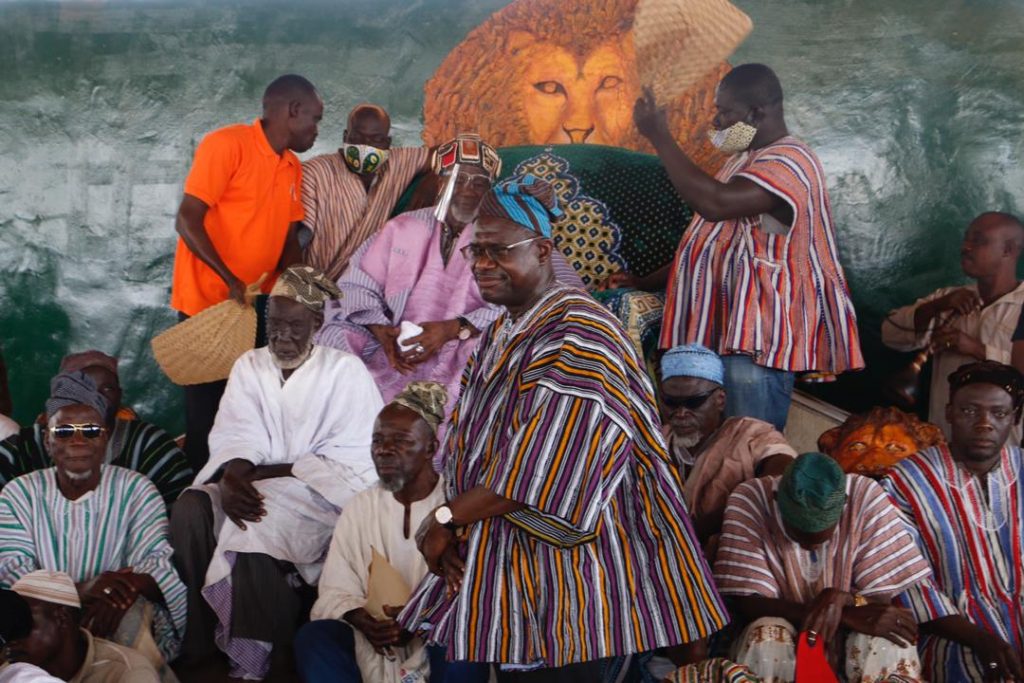 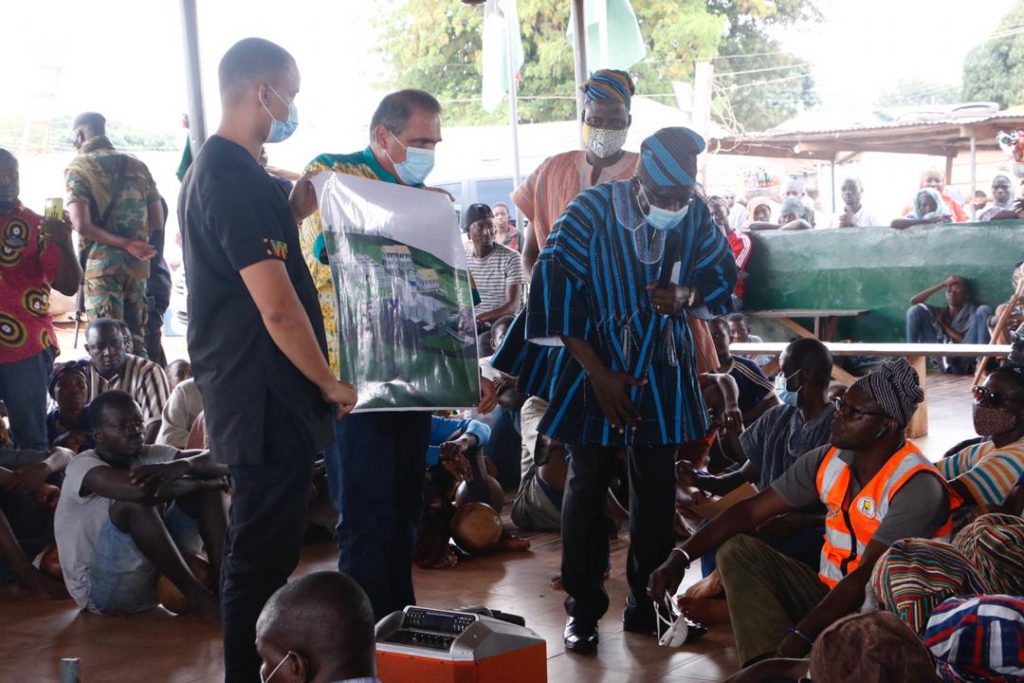