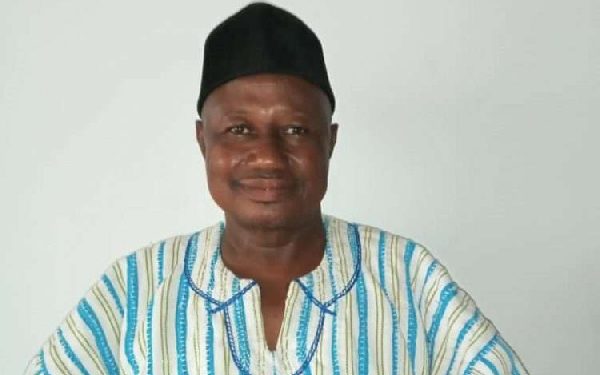 David Apasera has been elected flagbearer of the People’s National Congress (PNC).

He was elected at the party’s National Delegates Conference held on Wednesday, September 30, 2020.

He polled 1,315 votes as against Samson Asaki Awingobit’s 789 votes.

In his victory speech, the flagbearer-elect, while speaking on behalf of all the newly elected officers of the PNC, thanked stakeholders who ensured the successful conduct of the party’s delegates congress.

He, therefore, used the occasion to promise a rejuvenated party and encouraged members to work towards making the PNC a more relevant organization.

“I must, first of all, thank the good Lord for giving me this victory. I must also thank the elders of PNC for steering this congress. I must thank all comrades of this party and all delegates who voted for us across the country. I also congratulate the EC for a good job done. On my part, I wish to state that, I will do all that is possible to rejuvenate the PNC. I am calling on all members across the country and even abroad who have the love of the PNC to come on board to rebuild the party. The PNC will definitely rise to the top one day.”

Meanwhile, Bernard Mornah has lost his bid to retain the chairmanship of the People’s National Convention.

After collation of votes from the 16 regions across the country, Mornah polled 1,266 votes while Moses Dani Baah polled 1,297.

In his concession speech, Mr. Mornah wished the new leadership well and expressed hope that they will make the PNC a better political party.

Delays in submitting 2019 audit report due to COVID-19, not cover-up - Audit Service