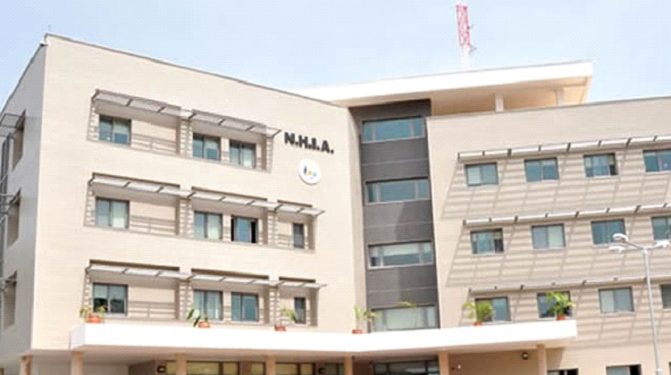 “NHIA has done really well in terms of claims payments in this COVID and elections year. In the past, in an election year, we were left with 12 months unpaid claims but now we thank the government,” Mr. Boakye said on the sidelines of a meeting at the NHIA Head Office in Accra.

“We have received 50 percent up to March. Even the year has not ended, we are in September and we have been paid up to March 2020. It is a credit to them and we hope that more will come and this will continue so that we can all help in achieving Universal Health Coverage.”

He reaffirmed the Association’s leadership commitment to complying with the legal framework governing the NHIS operations.

He appealed to the government to waiver the Social Security and National Insurance Trust (SSNIT) accumulated tax penalty on the Association’s members to enable them to provide quality healthcare services.

Mr. Donkor proposed the establishment of a central pool to constantly supply medicine on the national medicine list to the association’s members to avoid illegal payments (copayments).

In a related development, the Medical Superintendent of the East Gonja District (Salaga) hospital in the Savannah Region on September 14, 2020, commended NHIA for consistently paying claims to credentialed service providers.

According to Dr. Prosper Luri, the recent payment schedule is inspiring healthcare providers to deliver quality and timely services to the Scheme’s members.

“The situation has been tremendously inspiring comparing to a few years back. The situation is not as stressful as it used to be and I hope it further improves so the service providers can continue to provide quality and timely healthcare to the NHIA members.”

Dr. Luri was addressing the NHIA’s Northern Regional monitoring team that visited the District Hospital which serves as a referral centre in the area.

It will be recalled that the Medical Superintendents Group of Ghana (MSG), an umbrella body of all heads of government hospitals at the Regional and District levels as well as CHAG and Quasi-Government facilities in a statement confirmed that the government had settled a substantial amount of its indebtedness, one that has been described as ‘unprecedented’ since 2009.

The MSG President, Dr. Joseph Tambil at a media briefing in Takoradi after a Council Meeting said: “outstanding debt owed by government currently is for just about six months. This is the best that any government has done since 2009 and we want to urge the NHIA and MOF to keep this up, and also ensure that it is also improved.”