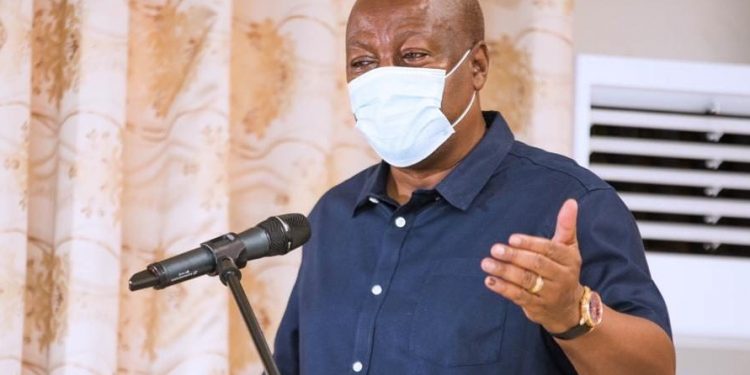 The 2020 campaign team of the flagbearer of the opposition National Democratic Congress (NDC) John Dramani Mahama has denied media reports suggesting he shared money to his supporters on Monday, September 28, 2020, when he resumed his tour of the Bono Region.

The disclaimer was issued in a statement signed by James Agyenim-Boateng, the spokesperson of the NDC campaign team.

“The John Mahama 2020 Campaign has become aware of false, misleading and malicious publications by certain online portals, which claim that the presidential candidate of the National Democratic Congress (NDC), Mr. John Dramani Mahama, shared money to his supporters on Monday when he resumed his tour of the Bono Region.“

The NDC campaign team further insisted that “the said reports are untrue and completely borne out of the desperate and fertile imaginations of the author”.

“For the records, and as it has become typical of Mr. Mahama on his tour of the regions, he shares John Mahama 2020 branded nose masks to people and occasionally talks about how to stop the spread of the coronavirus disease. This morning was no exception when Mr Mahama shared several hundreds of his campaign’s branded nose masks, aprons, and T-shirts.”

“The general public is therefore entreated to disregard the piece of fake news and lazy journalism, which unsuccessfully attempts to turn Mr. Mahama’s act of kindness into a weapon against his campaign.”

Below is the statement from the Campaign team 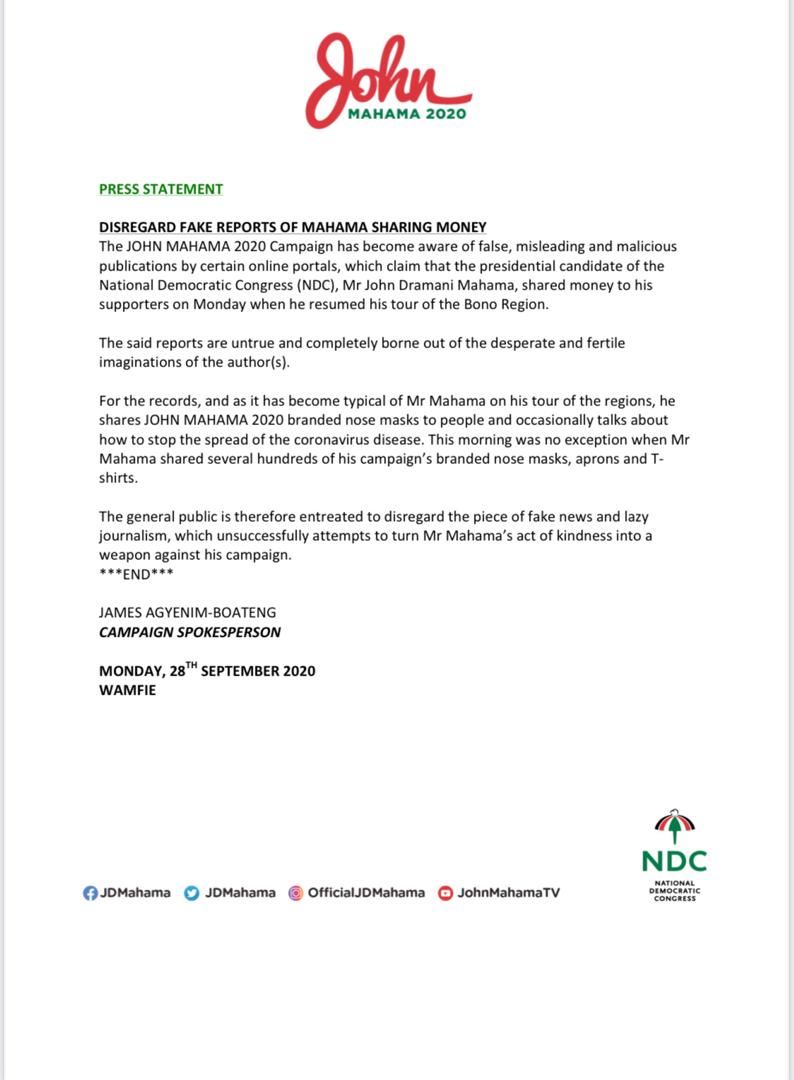