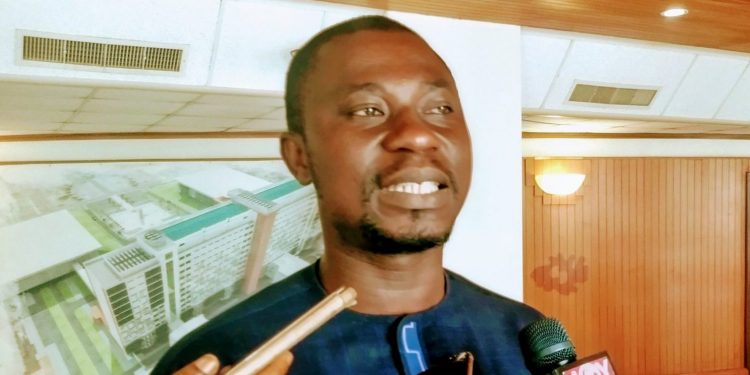 The Member of Parliament (MP) for Ashaiman, Ernest Henry Norgbey has given the Electoral Commission (EC) a 48-hour ultimatum to restore the names of some 7,000 prospective voters allegedly omitted from the constituency’s electoral roll.

Ernest Norgbey had claimed that some 167,000 voters were captured on the Ashaiman constituency’s electoral roll, a claim disputed by the Electoral Commission.

According to the EC, it registered 160,058 persons instead.

But Mr. Norgbey believes the EC has deliberately deleted the names of over 7,000 prospective voters from their electoral roll.

“When I spoke with the District Director of the Electoral Commission, he couldn’t offer any answers to what had happened but miraculously today, 14,000 names were restored but as of yesterday [Friday] we were short of 21,000 names.”

Mr. Norgbey on Friday, September 18, 2020, among other things, alleged that the names of some 21,000 prospective voters including himself had been omitted from the constituency’s register.

The EC subsequently refuted the claim.

The Public Relations Officer of the Electoral Commission, Sylvia Annoh in a Citi News interview said: “You [Ernest Norgbey] are mentioning a very huge figure of 21,000. So let those individuals go to the centres. If they go, and they are denied, they will be given inclusion forms if their names are not in the exemptions list or the multiple registration list, for them to be included on the voters’ register.”

Slyvia Annoh also disputed claims that Mr. Norgbey’s name was omitted from the register and provided evidence to back her claim.

Meanwhile, the Ashaiman MP insists that his name was restored on the register after he raised the concern.

“They only restored my name after I complained yesterday. I have evidence to the effect that my name was not on the register when I went to the exhibition centre on Friday,” he said.

Okada business will keep booming if roads are not expanded - Researcher