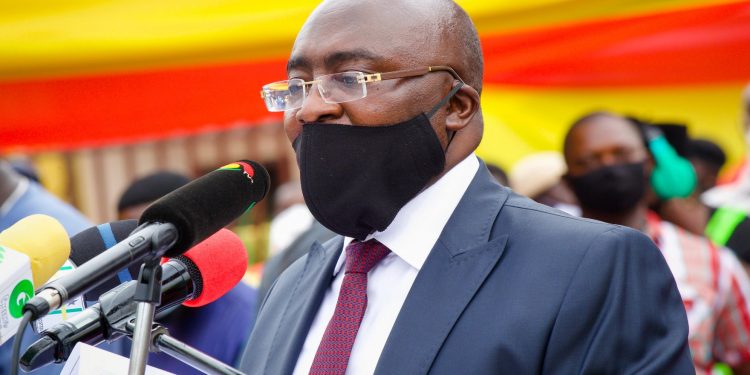 He said the Akufo-Addo government since assumption of office has contributed immensely to improving the lives of people in Zongo communities.

Speaking at the conference of the national council of Fulani chiefs, Dr. Bawumia says people in Zongo communities deserve education and not mortuaries.

“We are going to build a model senior high school in the Zongo community in every region, so we will start with 16 model SHSs so that our children will have an opportunity to attend those schools. That will be the start for next year. Our policy is not one Zongo, one mortuary, we are not thinking of mortuary. We are thinking of schools – we want to develop our Zongos with schools and not mortuary.”

The NDC stated in its 2020 manifesto that it will construct the mortuaries in accordance with Islamic customs and practices and collaborate with the Ministry for Health to set up focal teams responsible for procedures that comply with Islamic customs in all state morgues.

But the announcement has been met with varied positions within the political discourse.

According to the NDC, its promise to facilitate the establishment of morgues across Zongo communities was a demand by residents during the party’s consultation ahead of the compilation of its manifesto.

The party says key Islamic leaders and scholars have already endorsed the need for separate morgues for their people.

‘Mortuaries not a priority’

The Chief Executive of the Accra Metropolitan Assembly, Mohammed Nii Adjei Sowah believes that mortuaries are not a priority for Muslims.

Mr. Mohammed Nii Adjei Sowah in a Citi News interview called for better ideas from the flagbearer of the opposition NDC, John Mahama, for the Muslim community instead of mortuaries.

According to him, education and employment are the priorities of Muslims and not mortuaries.

“A couple of days ago, I read about candidate John Mahama talking about constructing mortuaries in Muslim communities. That is not…a priority for Muslims,” he said.

“The point is what is the priority? And your priority could be to provide them with education, employment and capacity building. That’s what is relevant to Muslims and even we (Muslims) do not keep our corpse for more than 24hours.”