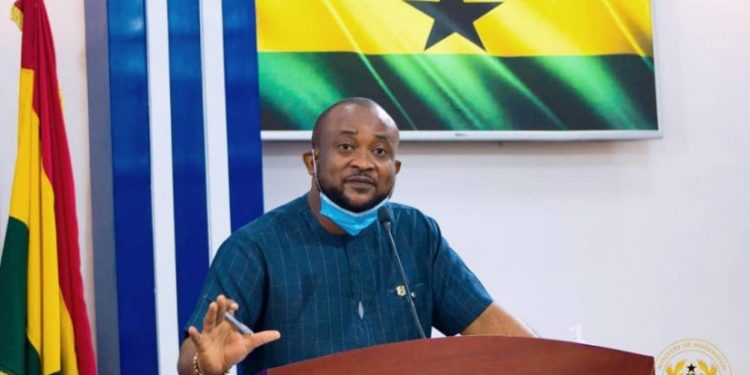 It has emerged that, 66 suspected criminals have thus far been arrested over suspicions of secessionist attacks in the Volta Region, Deputy Information Minister, Pius Enam Hadzide has confirmed.

Giving the latest updates on Eyewitness News, on Tuesday, October 6, 2020, the Minister said five out of the number are currently at the Police Hospital receiving healthcare.

While over 50 of the suspects have been remanded by the court, 10 of them are being prepared for trial.

Meanwhile, the Minister has clarified the arrest of a group of people in the Region on Sunday, October 4, 2020, over similar suspicions.

He explained that the members of the group who possessed locally manufactured guns were returning from a funeral and were not intended to cause any riots but were taken on by the security agencies as part of safety measures.

Residents have therefore been advised to remain calm because there is no cause for alarm as the police are on top of the situation.

“Another issue of apprehension is about 37 men who were on board a bus at the Adomi Bridge last Sunday where a joint and military and policemen conducted a search and found locally manufactured single-barrel weapons. There was also some quantity of gunpowder and some gadgets. In the view of the security, due to the circumstances in the Volta Region, this group had to be apprehended and screened and investigated. It happened that these were a group coming from a funeral and it happened that those guns were used for the firing of musketry.”