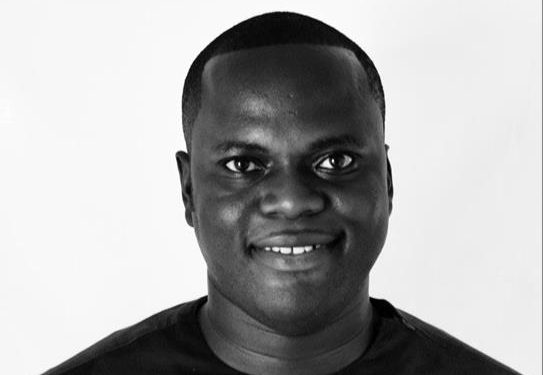 Since the age of 10, Emmanuel Kofi Ofosu Sackey, has been fascinated by comic books and cartoons. This, together with watching animations, inspired his decision to become a working professional in the art industry.

This year marks five years since Emmanuel embarked on a career as a freelance character designer and illustrator for games and animations.

So far, he has done projects for DreamsWorks Animation Television, an American animation studio, Malaysian-based Mirayi studio, Ghanaian based BZL Studio and a number of other smaller studios.

“I was always into reading comics and watching cartoons when I came back home from school”, Emmanuel said.

“I was mesmerized by the awesome storytelling and artworks and I wanted to be able to create those kind of things as an adult. I started drawing a lot at home and in school and my family members and peers would commend me for the work I was creating”, he added.

“This encouragement made me feel that maybe I had the talent for art and since then I never looked back.”

Animated features and games have a billion dollar market, with thousands of characters produced every year. Computers are mostly used for shape-modelling or animation.

Conceptual character design as well as the skill and experience of art departments. The advancement and proliferation of digital multimedia technologies have led to the widespread creation, consumption and distribution of character art (Vogel, H.L.: Entertainment Industry Economics: A Guide for Financial Analysis, 2007).

Emmanuel hopes to help elevate the art industry in Ghana and bring worldwide recognition to contents of Ghanaian and African origin. Through his craft, he also seeks to tell stories he’s created, and seeks to impact people positively through the imagery he creates.

“I also want to inspire people to chase after their dreams and unleash their God-given talents.”

He is currently working on a personal project centered on volleyball called Smash Kings.

He lists Les Brown, Walt Disney and Steve Jobs, as people that inspire him. When asked who he looks up to in his field, he was quick to mention Bobby Chiu, Hayao Miyazaki, Walt Disney and Kim Jung Gi, describing them as “phenomenal draftsmen and storytellers.”

“My vision for my craft is to become the best draftsman I can be”.

In the early part of September 2020, Emmanuel was invited to speak as a panelist at on online art convention called Lightbox Expo. As part of the Expo, he also collaborated on a Black Panther-inspired artwork with other creatives from across the globe.

“The Black Panther movie had a huge impact on me because it showed Black people in a very positive light. It showed me that black people can also be superheroes and that we can do great things when we set our minds to it. The movie made me very proud to be African.”

Emmanuel is also passionate about cultural representation in the creative arts. This passion is evident in the animated way he speaks when discussing the topic.

“As a kid, most of the superheroes and cool characters I saw were often played by white people and I never got to see people who looked like me playing very positive and empowering roles. I hope to be a part of the change and show young black kids that we can also be heroes in the stories that we tell through the media.”

Social media has played an important role in helping Emmanuel showcase his work to a global audience. His social media handles are Kofi Ofosu and @braku_star.

“My full name is Emmanuel Kofi Ofosu Sackey. I decided to go with Kofi Ofosu because I love the African feel of that part of my name. Also, braku_star is a nickname I borrowed from my favorite anime character who goes by the name Black Star. He is very confident and hardworking and these are qualities I want to embody.”

Emmanuel credits his social media usage as major contributor to him securing projects with some major studios.

“My relationship with these creative studios began as a result of the work I post on my social media pages”, he narrated.

“Because I have been consistently posting my work online for the past couple of years I caught the attention of recruiters from a number of studios, including DreamWorks and Netflix, and they engaged me for freelance work.”

Emmanuel is currently in his fourth year of study at Regent University College of Science and Technology in Accra, where he is pursuing a BSc. Management with Computing degree. He looks forward to graduating in 2021.

Having to combine studies with his freelance work has been a “huge challenge” according to him.

“I had taught myself the stuff I know as an artist. This took a lot of self-discipline. After lectures I would come back home and watch online tutorials and practice in my room. I have also had to make sure I balance it with my school work which was difficult at times.”

During low moments and when faced with difficulty, Emmanuel draws strength from his faith in God. He considers his faith, as a key factor that has sustained him on his journey and the biggest factor to his success as a creative.

“Without the breath of life and strength and wisdom from the Creator, I wouldn’t be where I am now”, he acknowledges.

Narrating the challenges he has had to overcome on his journey, Emmanuel mentioned that impatience, and expecting things to happen very fast, made the initial part of his journey frustrating.

“Eventually, I realized things happen in their own timing and it was actually out of my control to determine when I was going to have my breakthrough. The only thing I could control was my work ethic and the effort I put into sharpening my skill; that is where I focus my energy. Eventually my breakthrough occurred at a time when I least expected it.”

When asked how Africa can make the most out of its creative industry, and nurture world class talents, he had this to say: “The only way we can make the most out of our creative industry is to encourage and equip the young ones who have creative inclinations. When I started, I wished I had access to more resources and individuals that could help me along my journey, nevertheless, despite the deficiencies I’m grateful that things still worked out in my favour. There are so many creative kids out there who will be able to do great things provided they are encouraged and given the necessary resources and education.”

Emmanuel is however optimistic about the future for African illustrators, creatives and designers.

“I think the future for African creatives is truly bright. The winds of change are blowing and we just need to position ourselves so we can make the best use of the incoming opportunities. My dream for Africa is for us to rise up and take our rightful place on the international stage. We should educate and develop ourselves as a people and advance Africa so that posterity has a great future they can inherit.”

Emmanuel looks forward to a promising future, and is grateful for the journey so far.

“I’d definitely like to acknowledge the Most High for bringing me thus far. I would also like to acknowledge my parents and my family for their continual support, as well as my friend, Alfred Achiampong. He’s a phenomenal character designer and he’s been a great help in my journey as an artist”, he said.

Emmanuel hopes to make an indelible impact with his dream of making art education more accessible in Ghana and Africa.

“I want to be remembered as a change maker in the art industry of Africa.

We celebrate this change agent and wish him all the best as he strives to make a mark on global canvas.