The 27 were promoted following a recommendation from the Police Council to the President.

The Ghana Police Service announced this in a statement issued on Friday, October 9, 2020.

The four new COPs are: 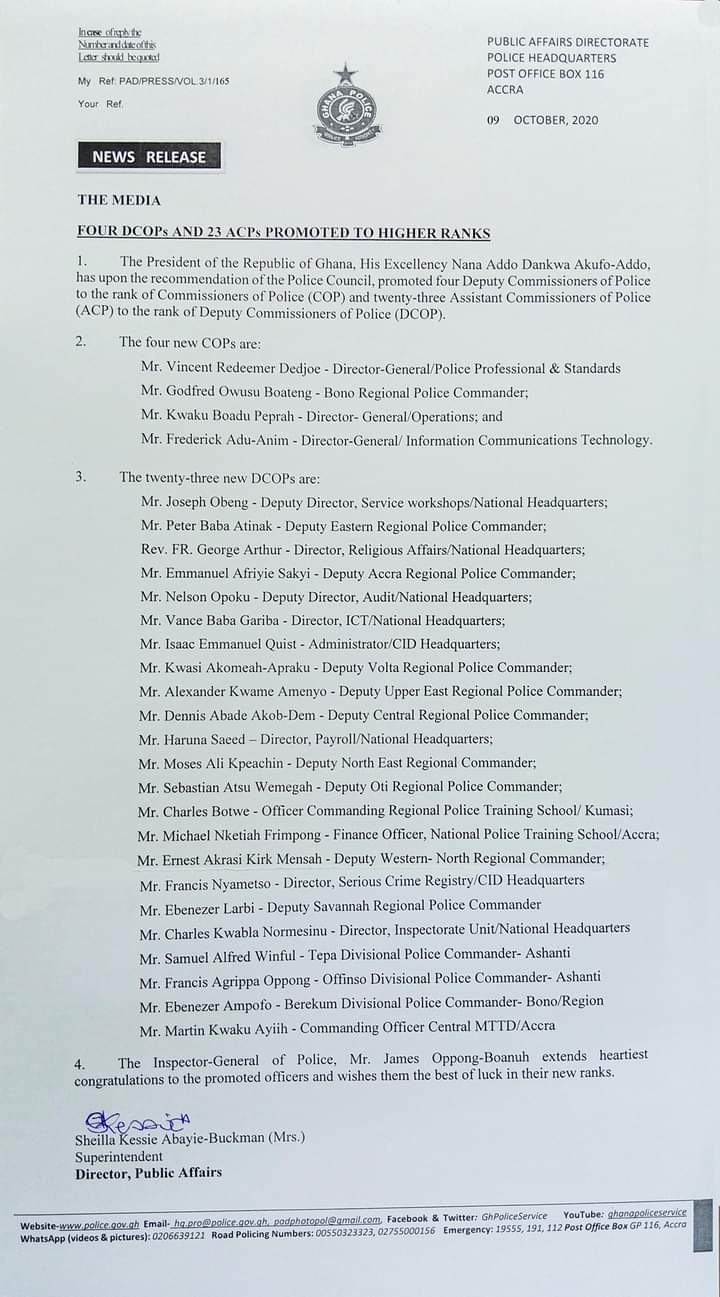 President Akufo-Addo in June 2020, promoted 1,248 police officers to various positions within the service.

Three Doctors, Desmond M. Addo, Christiana A. Asare and Samuel Ofori all of the Police Hospital were also promoted from Chief Superintendents to the rank of ACPs with the approval of the Police Council, effective 1st June 2020.