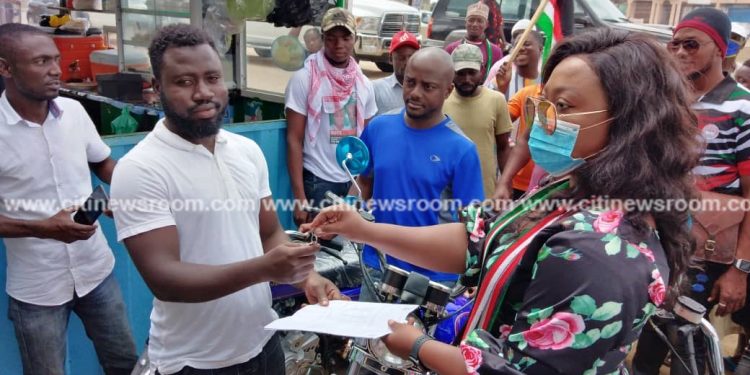 The parliamentary candidate for the National Democratic Congress (NDC) in the Awutu Senya East constituency, Naa Koryoo Okunor has presented three motorcycles to the three-party agents whose motorbikes were burnt at the Steps to Christ Registration Centre during the voter registration exercise in August 2020.

In the said incident, the Member of Parliament for Awutu Senya East, Mavis Hawa Koomson fired gunshots in self-defence after she was allegedly attacked by some NDC supporters.

The MP was criticized by a section of the public for her action while others defended her.

But the NDC parliamentary candidate has supported the persons who lost their motorbikes during the incident. 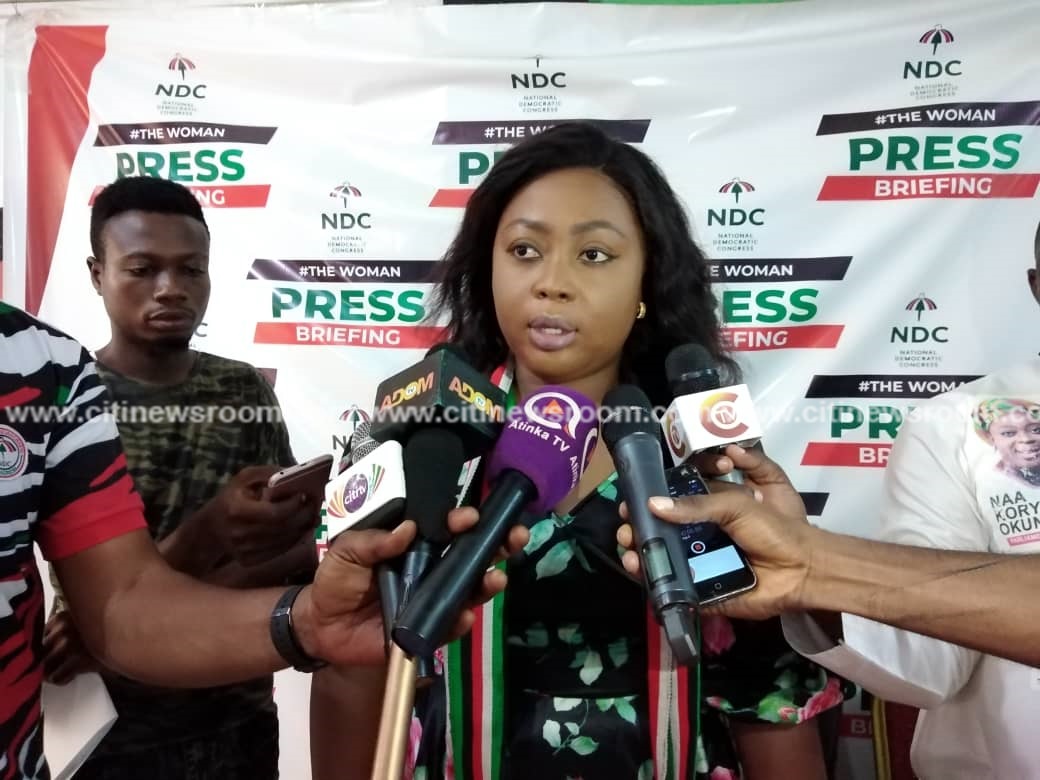 “We all know that for some months back, during the registration exercise in this constituency, there was some mayhem that was meted out to our people. These issues were reported to the Police in the Central Region, and we hear that the CID in charge of the case has been transferred because of the nature of the case. We have followed up the matter to the police headquarters but nothing has been done,” Naa Koryoo said.

“I am a mother and I decided to buy the motorbikes for the individuals. I also hear they are into okada business and life has been a challenge without the motorbikes,” the Parliamentary candidate for the NDC in the constituency said.

In all three, motorbikes were presented to the party agents who expressed their gratitude to the NDC parliamentary candidate for the gesture. 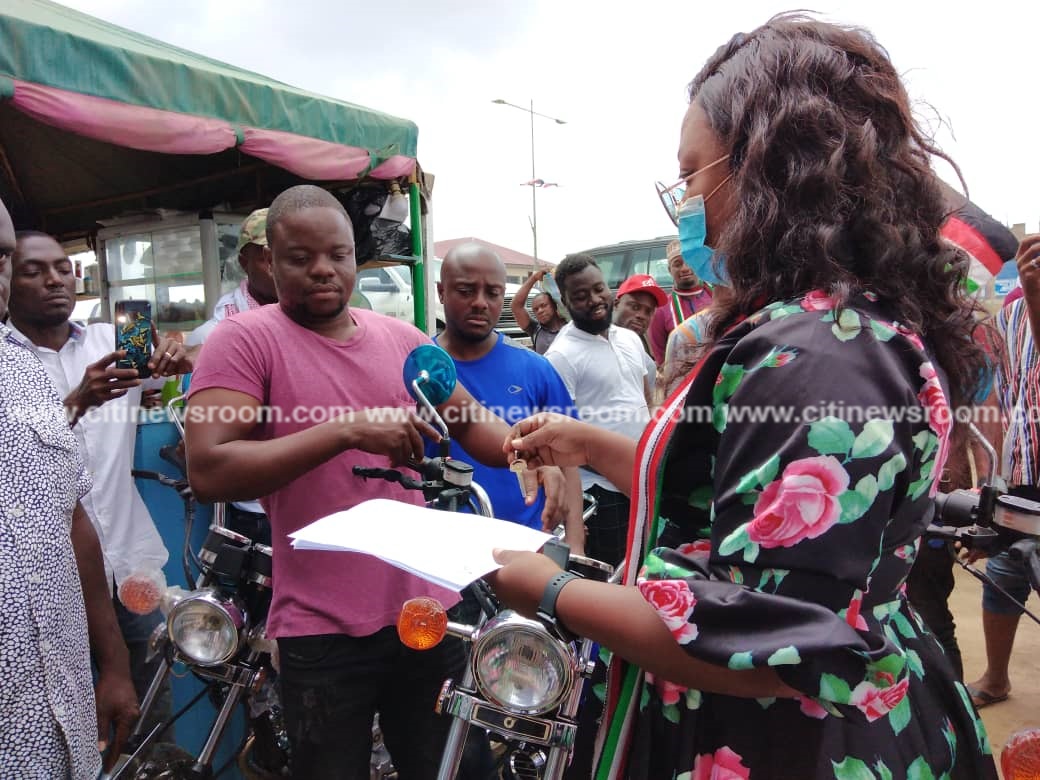 Edmund Morty, one of the agents who lost his bike told Citi News how he had struggled to feed his family within the last few months.

He expressed appreciation for the donation saying it has come to relief him and his family.

“I use the bike for okada and life was difficult for me and my family but now that I have a new bike, it is a sign of relief,” he said.

Takoradi Technical University to save GHS24,000 with 25KW solar installation