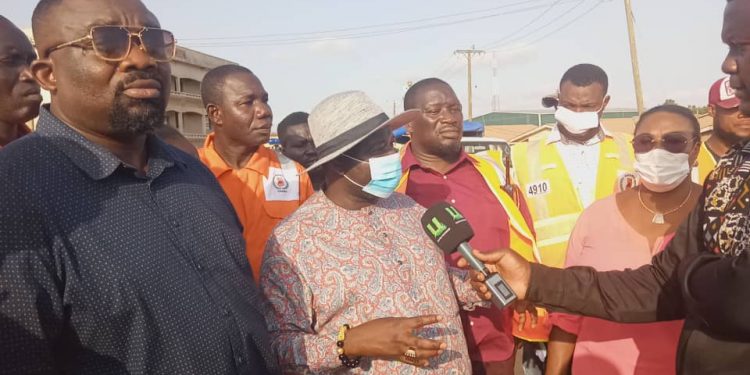 The Director-General of the National Disaster Management Organization (NADMO), Eric Nana Agyemang-Prempeh, has explained that the perennial spillage of the Bagre Dam in Burkina is a contributory factor to the recent flooding in parts Accra.

A downpour over the weekend left many parts of Accra, including Weija and its adjoining communities flooded, restricting movement and causing damage to property.

The NADMO Director General said this during a visit to some flood prone areas in the Greater Accra Region.

According to NADMO, this year, it collaborated with Municipal and District Assemblies to dredge several drains in anticipation of the rains, but the rivers could not absorb the overflow from the Bagre Dam.

Mr. Agyemang Prempeh advised those who take advantage of the rain to throw to dump rubbish into already choked drains, to put a stop to the practice; as it contributes to the flooding in Accra.

They sympathized with the affected victims and promised to assist them with some relief items.