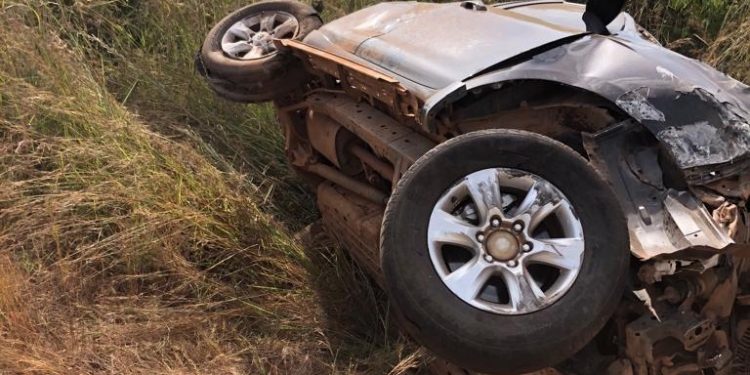 The deputy NDC Bono East Youth Organiser, Kojo Nsiah, and an articulated truck driver lost their lives in a tragic road crash on the Kintampo-Techiman Highway on Saturday, 3rd October 2020.

The accident occurred a few metres away from the Tuobodom Toll Booth at 7:47pm as Mr. Nsiah and three others, Efo Worlanyo Tsekpo, Bilal Muazu and Rashid; all NDC regional executives, were returning from a funeral in Kintampo South.

DO III Dominic further revealed that the articulated truck was loaded with ammonium for fertilizer and was on its way from Techiman to the Northern part of the country, whilst the Kia Rhino Truck, which was fully loaded with Groundnuts, was heading towards Techiman.

“What we have gathered so far show that the pickup truck [which Mr. Nsiah was driving together with three other NDC executives] was following the Kia Rhino. Our preliminary investigations reveal that the articulated truck had a brake failure and moved from its lane into the opposite lane. The Kia Rhino [in an attempt to avoid a collision] veered off its lane onto the pavement.”

They are currently receiving treatment at the Holy Family Hospital in Techiman.

The driver of the articulated truck was burnt beyond recognition as the truck caught fire after the collision.

The driver’s mate, however, escaped unhurt.

“Over speeding and overtaking along our major route is one of the major causes of road traffic accidents we have recorded so far,” said DOIII Dominic Twum Prempeh.

He advised the general public to limit their speed when driving and that drivers should be more careful when overtaking. 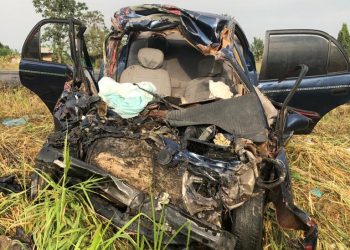 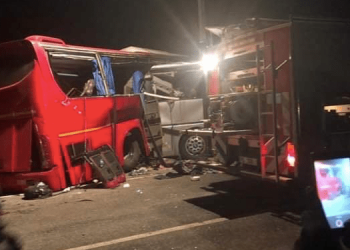 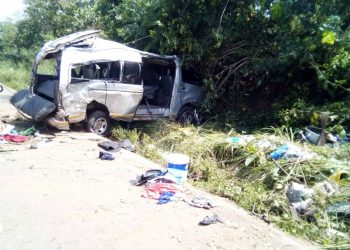