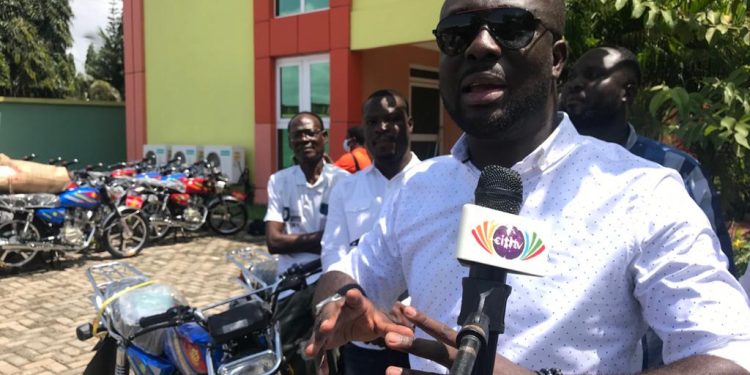 A former lecturer at the Takoradi Technical University, Frederick Kakraba Sam who was disqualified from contesting the Western Regional Minister for the Takoradi seat on the ticket of the New Patriotic Party (NPP) has urged his fellow disqualified aspirants to bury their differences and rally behind the party.

Kakraba Sam, a businessman, who was disqualified at the NPP’s June 20th primaries together with some nine other aspirants in the Western Region made the call when he donated 20 motorcycles, four public address system, cash among other items to the Western Regional NPP Secretariat to support the party’s campaign. 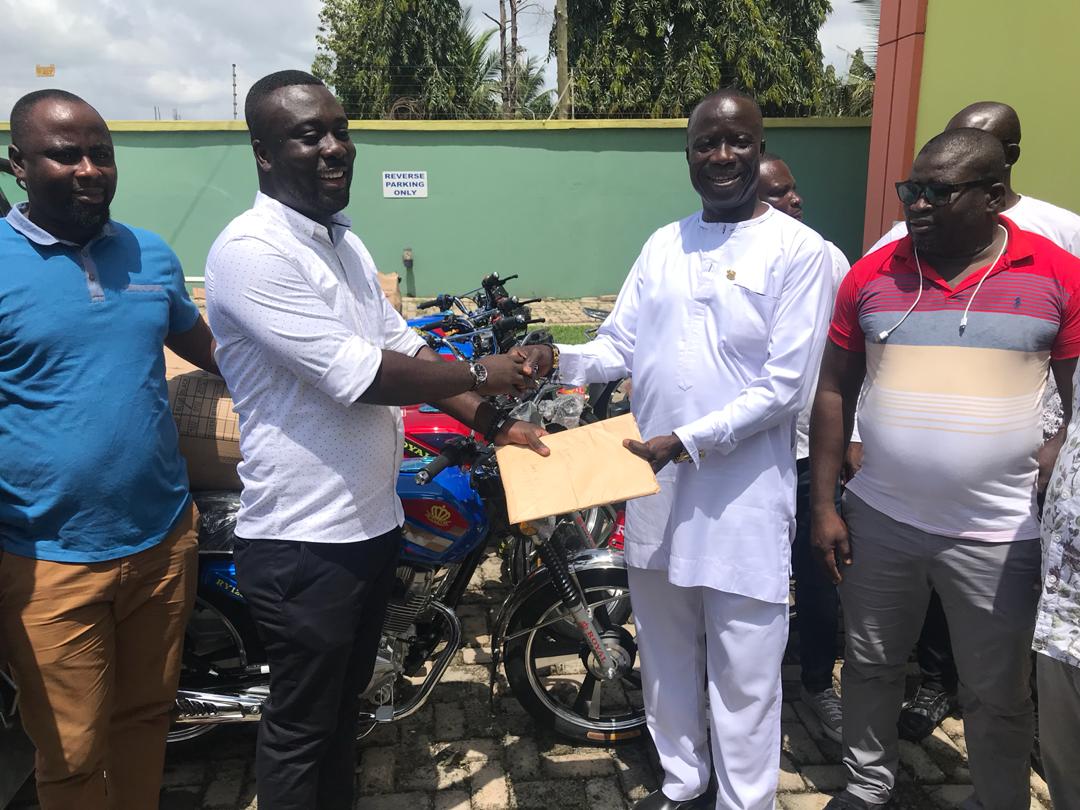 Speaking to Citi News, Kakraba Sam advised other disgruntled aspirants to put the past behind and support the party to win the upcoming polls.

“I’m a party man and very soon the party will be going to an election that is very competitive. I think that, in my own small way I can contribute my quota to help the party in the region, so I brought all these items here with a cash donation to help the party prosecute the agenda to win election 2020. Some disqualified aspirants have gone independent but I have always said that, my reason to contest for the MP slot was not my own decision, so I had an introspection with my team, and we came to the conclusion that, it is the NPP that disqualified me. So if NPP disqualifies me I have no reason or so ever to go independent. That will amount to me not being a thorough party member by and large. I am very young and there are more years ahead of me.” 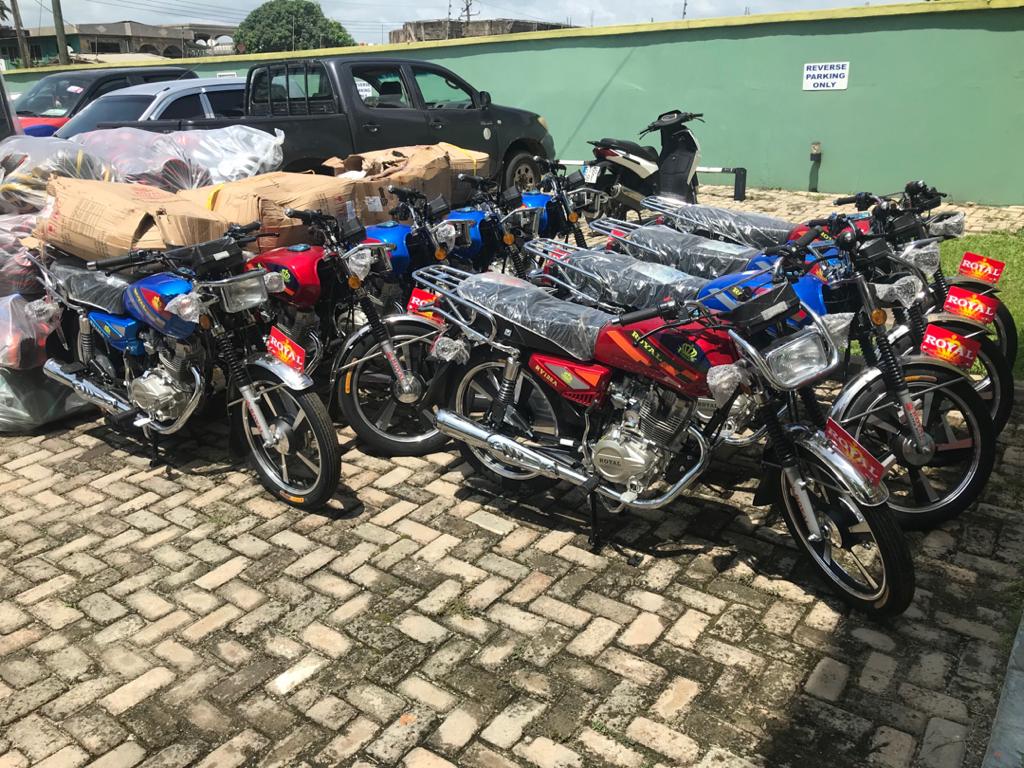 Frederick Kakraba Sam while donating the items through his Kakraba Foundation, advised his fellow disqualified aspirants to look at future opportunities and campaign for the NPP.

“If I have not gotten my time today to contest, next time I might get the chance to contest. So there is no point going as an independent candidate. Let me use this opportunity to tell all those who were disqualified that no matter how unfair the disqualification was, let’s all bury the hatchet and come on board to help the party win election 2020.”

“As President Kufuor said, it is better to be a watchman in a party in power than be a general secretary in a party in opposition. So for that reason, I will call all and sundry to support the campaign just as I’m supporting the sitting Member of Parliament who won the Takoradi primaries, Kwabena Okyere Darko Mensah. I want everyone to vote massively for him to represent us in Parliament. We also want more votes for the presidential slot than we had in 2016.” 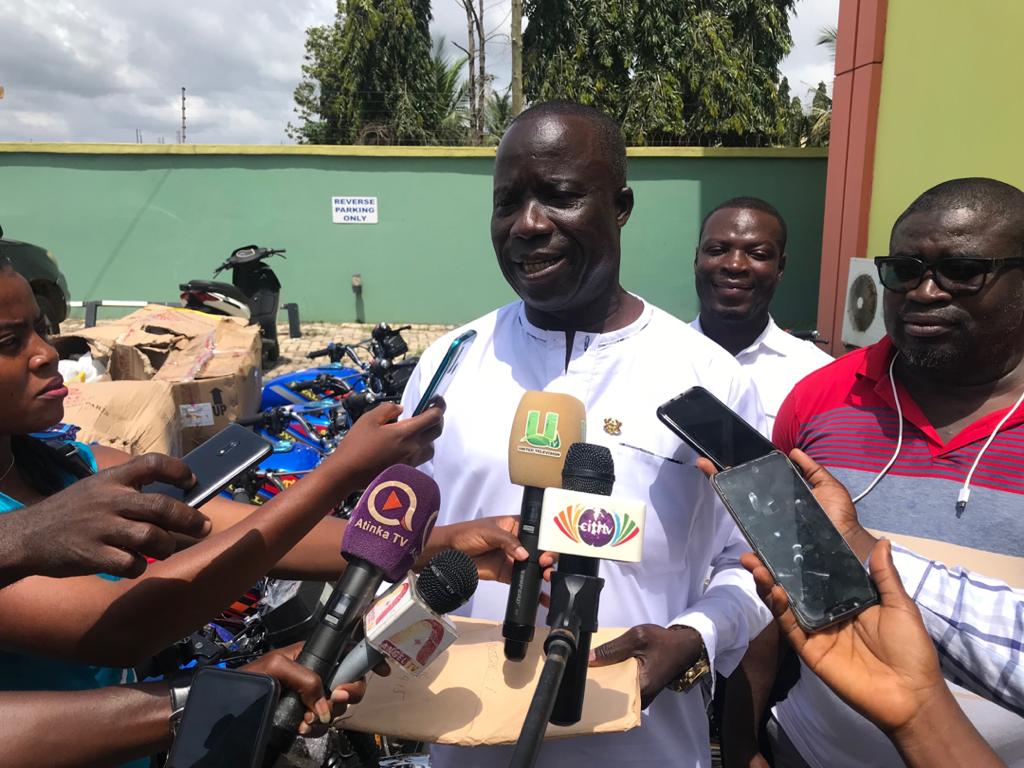 The Western Regional Chairman of the NPP, Francis Ndede Siah, while receiving the items on behalf of the party said the gesture would help the NPP to increase its seats from 13 to 15 in the Western Region.

“These items are very necessary. Western Region is a large region, and we have about 17 constituencies to work and this motorbike has come at the right time. We need it, so we take this opportunity to thank Kakraba Sam and his foundation. We need more so it is very important and dear to our heart. Simply put, we have 17 constituencies, so we will give the bike one per each constituency and the three is for the Regional Secretariat.” 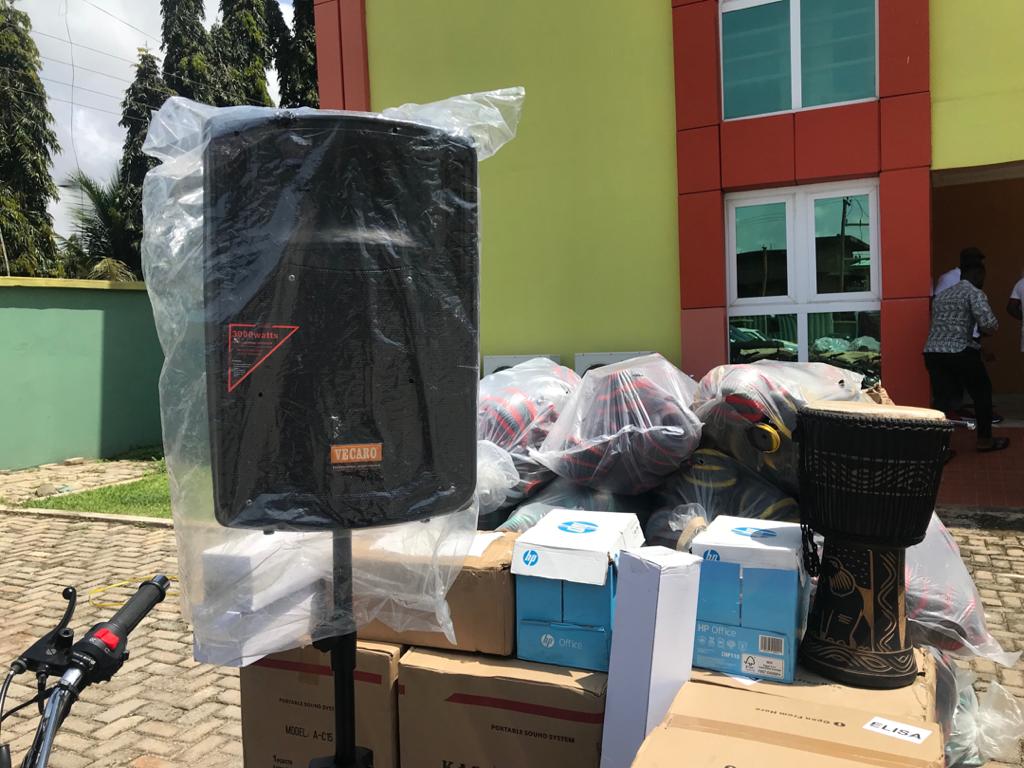 “Our focus is clear, we have 17 constituencies, and we have 13 seats to our credit and 4 for NDC. Our focus and the strategical plan is to get two out of the four NDC seats.”

The NPP at its last primaries this year disqualified about 10 parliamentary aspirants in the Western Region.

Some of the aggrieved disqualified candidates have gone independent whilst others basically doing little to support either the parliamentary or the presidential campaign.