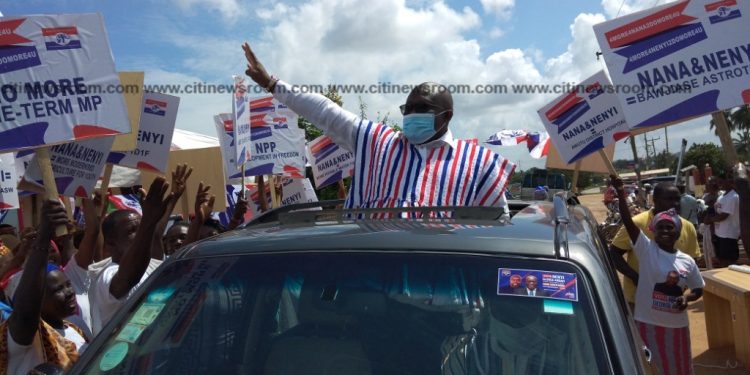 Parliamentary candidates of both the New Patriotic Party (NPP) and National Democratic Congress (NDC) in the Central Region have expressed confidence in winning the December 7 polls.

They each gave the assurances after submitting their nomination forms at the district offices of the Electoral Commission on Friday, October 9, 2020.

In the Gomoa West constituency, incumbent Member of Parliament for the area, Alexander Kojo Kom Abban who doubles as the Deputy Minister of Communication has high hopes of retaining the seat for the second time.

He said the NPP government has performed creditably well and will be rewarded in the upcoming polls. 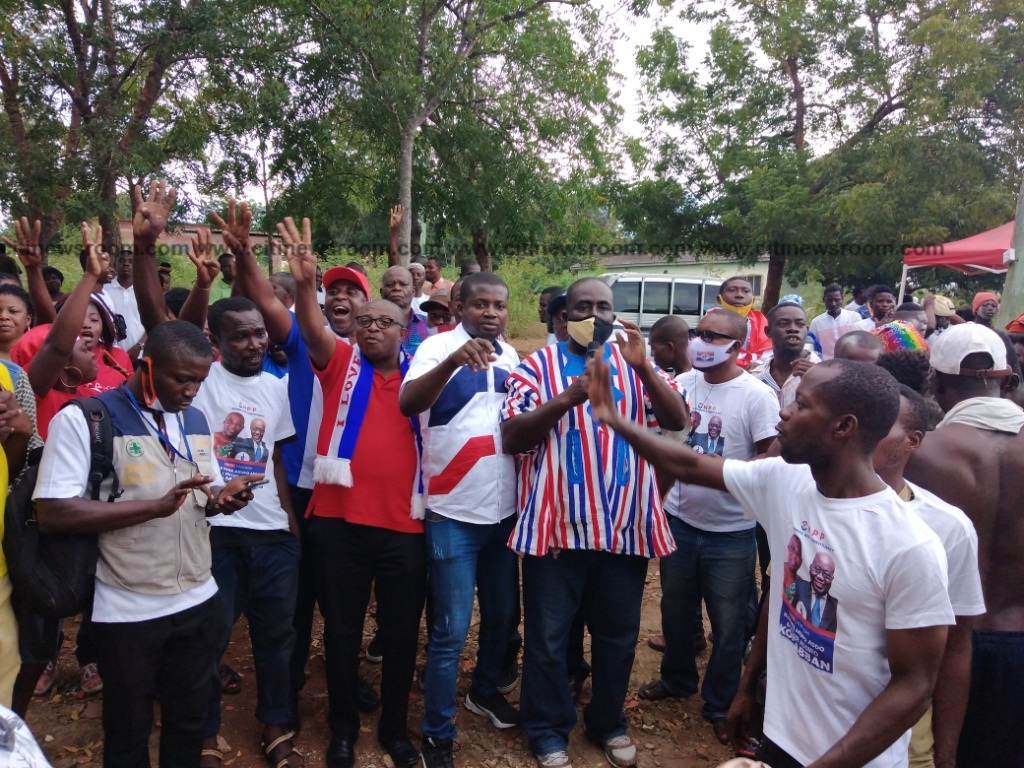 “Our performance over the last three and half years has been tremendous and I think we will give ourselves and an ‘A’ if I’m to rate us,” the Gomoa West legislator said.

The NPP said the NDC has retarded the development in the Gomoa enclave after ruling the country for over 20 years.

“If there is anything at all we must all blame the NDC for, it is about they not bringing development to the Gomoa area because they ruled for 20 years and there is nothing to show for compared to our 8 years reign,” the MP said.

In the Awutu Senya West constituency, scores of party supporters gathered at the office of the Electoral Commission when the Incumbent Member of Parliament Neenyi George Andah was submitting his nomination form.

For George Andah, he cautioned against the politics of insults and called on other candidates to engage in issue-based politics.

“I hope that as we go into the 2020 Parliamentary election we will desist from trading insult but rather focus on issue-based politics,” George Andah said.

For him, he is hopeful of making history by increasing the party’s dominance in the area since the seat has always been a swing seat.

“This seat has always been a swing seat, and we in the NPP are going to break that jinx come December 7. What I know is that we have done enough for the people of the constituency and they will give us huge endorsement on the day of the elections so it’s four more years to do more for the people of Awutu Senya West,” George Andah added.

After submitting her nomination form, the NDC’s Naa Koryor Okunnor who is contesting incumbent MP for Awutu Senya East and Minister for Special Development Initiative, Mavis Hawa Koomson, said she is prepared for the big showdown on December 7. 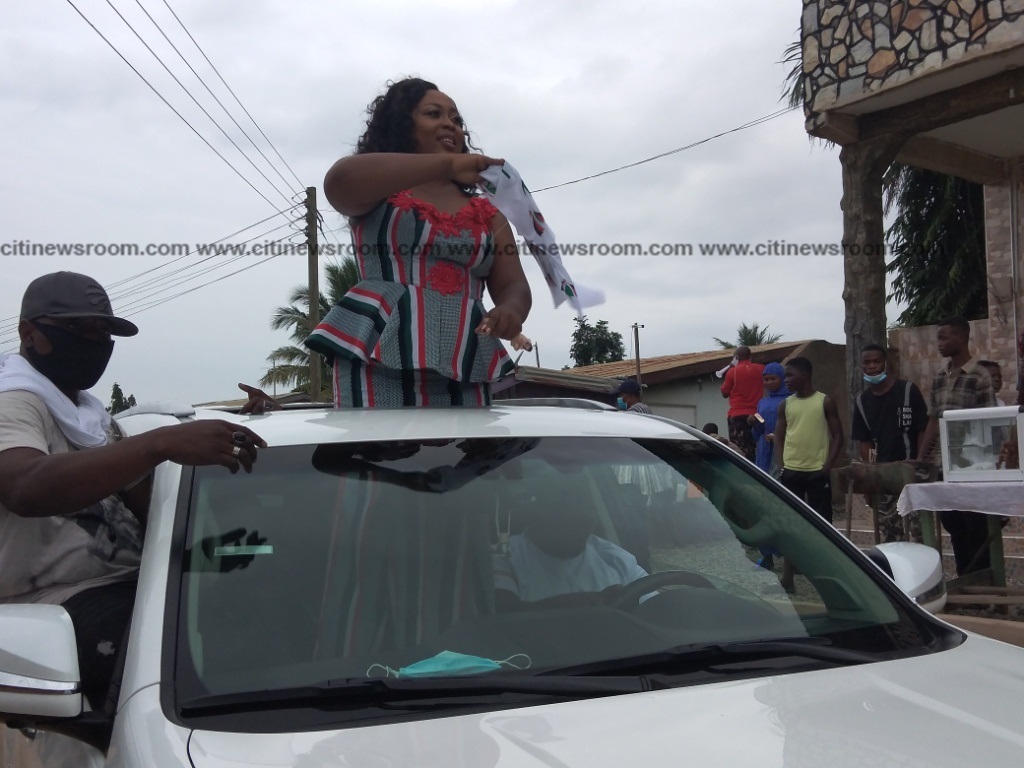 She is hopeful of stopping the dominance of the NPP in Awutu Senya East.

“I am adequately prepared for the big day on December 7 and I know I will end the dominance of the NPP in the constituency,” she noted.

According to her the good works of former President John Dramani Mahama in Awutu Senya East is enough to snatch the seat from the NPP.

“When John Dramani Mahama was President he helped to build an ultra-modern hospital facility in Kasoa as well as the Kasoa Inner City roads which have all been done,” she added. 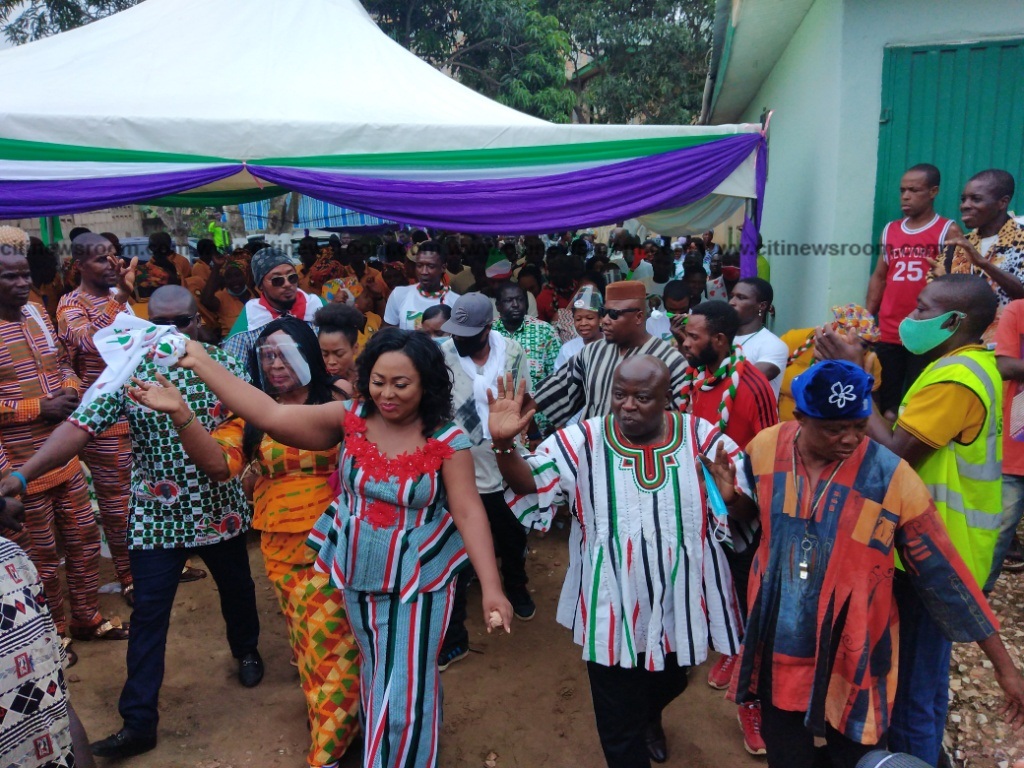 The rematch between Desmond Degraft Paitoo of the NDC and the NPP’s Kojo Asemanyi is one to watch as the NDC candidate is confident of snatching the seat from the incumbent MP.

Desmond Paitoo believes that the incumbent MP has failed in bringing development to the door-step of the people of Gomoa East.

Meanwhile, in the Weija Gbawe constituency, NPP Member of Parliament, Tina Naa Ayele Mensah says her achievements in the last three and half years will enhance her chances of retaining the seat.

According to her, she has undertaken various projects in the areas of health, infrastructure, education, security among others.

“There is no place in the constituency you visit  without seeing any development going on there. I have evenly distributed development across the constituency and I believe that come December 7, I will emerge victorious. For my opponent, the false news they are spreading about cracks in the NPP party in Weija Gbawe will not hold since the people here know what we have done,” the Weija MP said.

Tina Mensah indicated that NDC foresees defeat on December 7, the reason they are spreading falsehood about the NPP party.

“They have no message, and they know they are going to lose in the election, so they have started spreading falsehood about my party that there are cracks in the party but I can assure them that the NPP party in Weija Gbawe is solid, and we are confident of victory the MP said.